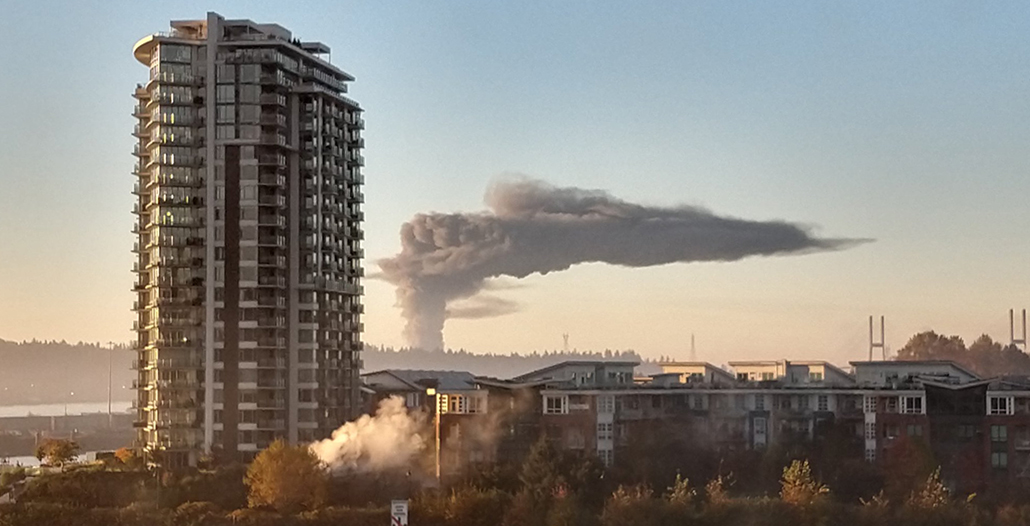 Fire crews in Delta are battling a massive blaze that broke out on Sunday morning.

Cris Leykauf, spokesperson for the Delta Police Department, says that the structure fire is located at a warehouse on the 10000 blocks of Hornby Drive.

“Officers noted the smoke coming from the area at roughly 7:30 am,” Leykauf tells Daily Hive. “Delta Fire Department was dispatched at roughly the same time.”

Police note that the fire is “very large” and that there are multiple fire crews on the scene. The warehouse also has a greenhouse attached to it.

At this point in time, there is no one reported to be inside the structure and no reported injuries or casualties.

“It appears that this will take several hours to be able to extinguish,” says Leykauf.