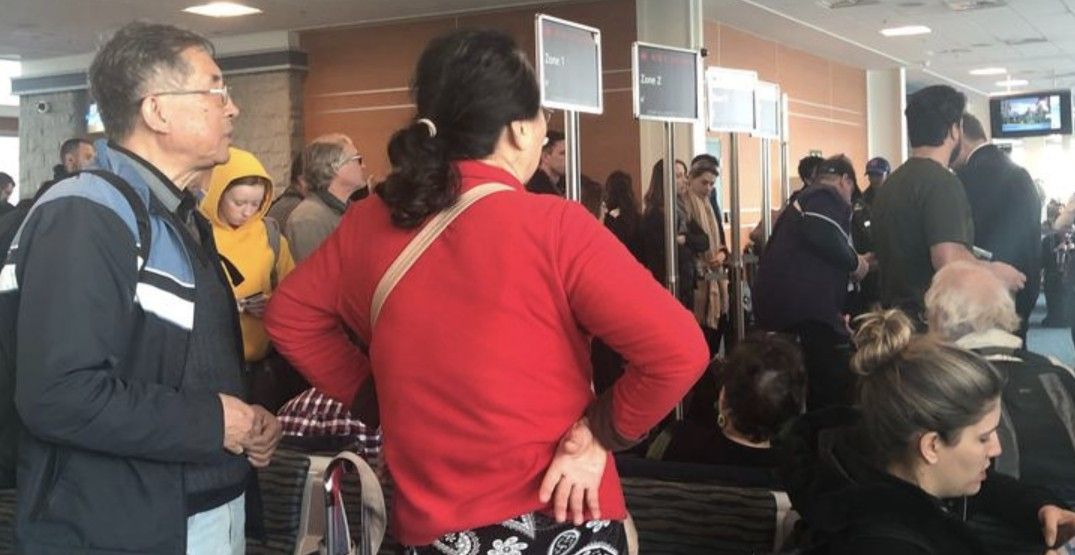 It’s been a rough 24 hours for passengers trying to depart from Vancouver International Airport (YVR).

One day after the federal government announced that all Boeing 737 Max 8 and 9 planes would be grounded after an Ethiopian Airlines flight crashed on Sunday, delays and standby waitlists continue to rack up at the airport.

Currently, standby waitlists for flights from YVR to Toronto and Montreal are in the triple digits, leaving those lower on the list stranded for what could be days.

Some Air Canada passengers have been offered compensation in return for their seat, with the next possible booking as far away as Sunday, according to Air Canada gate agents.

Air Canada tells Daily Hive that its widebody aircraft was re-scheduled yesterday for Honolulu and Maui flights, leaving planes that can’t accommodate as many passengers to substitute for the 24 grounded Boeing 737s.

Normallly, its fleet of Boeings carry between 10 and 12,000 passengers per day.

“We’re currently still working to reschedule some flights, and our focus is to get our customers on their way just as soon as physically possible,” says Angela Mah of Air Canada.

“We continue adjusting our schedule to minimize the disruption to customers as much as possible, by optimizing the deployment of the rest of our fleet and looking at alternative options including accommodating customers on other airlines (such as Star Alliance partners).”