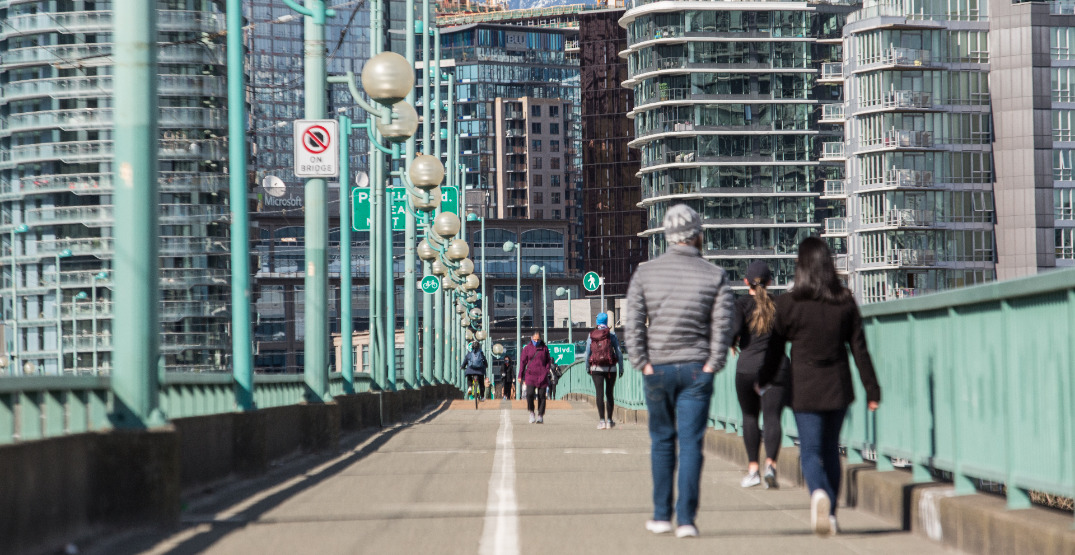 The Cambie Bridge will be undergoing a massive upgrade beginning this Wednesday, as the city plans to make important structural repairs to the bridge as part of a seismic retrofit.

They’re also going to be doing some upgrades to the lighting on the Cambie Bridge.

Drivers, cyclists, transit users, and pedestrians are being asked to plan ahead, and to expect delays to last until December of this year.

The lighting upgrade will be the first step in the process, which will require small portions of the bridge to be closed intermittently, while crews replace every lamp.

In terms of overall traffic impact, drivers can expect reduced speeds, and temporary closures of on and off ramps. For pedestrians and cyclists, detours will be in place.

Main bridge deck work will start in early September, which will close the sidewalk and cycling lane on one side. The side not being worked on will remain open to the public.

In the early stages of the upgrade, drivers will continue to have access to two lanes in each direction.

Travellers will be notified via electronic signage and through social media about potential impacts to traffic, and detours.

Along with the lighting upgrades, and bridge deck repairs, the southern pedestrian staircase is also getting repaired, along with Seismic upgrades underneath the south side of the bridge.

The City of Vancouver said in a 2019 report that a moderate earthquake would severely damage the Cambie Bridge.

The bridge was built in 1985, before more modern and strict earthquake requirements were introduced in the Canadian Highway Bridge Design Code.