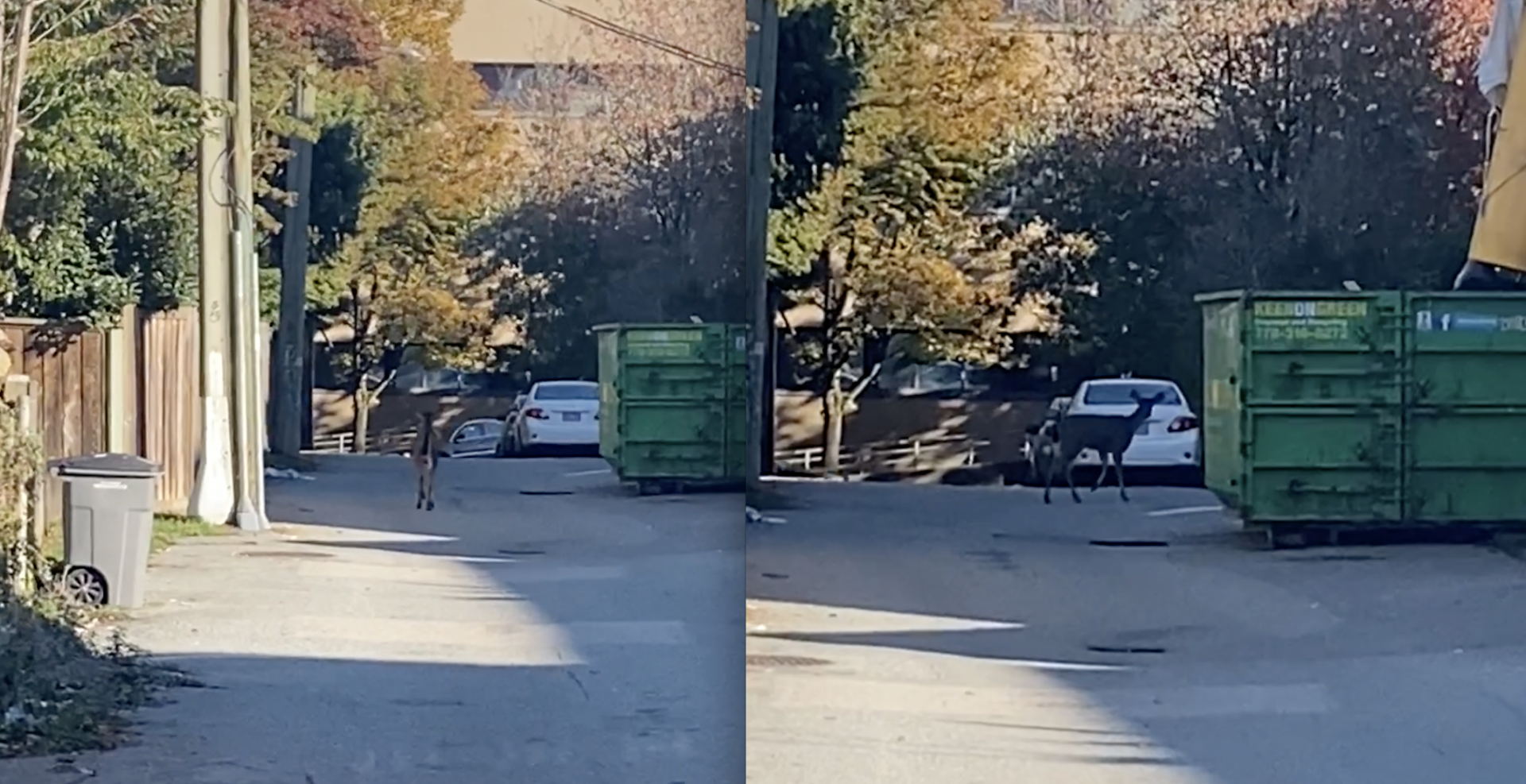 While it’s common to spot raccoons, rats, and crows around Vancouver, it’s not every day you see a deer.

But that’s what happened this afternoon when a deer — that appeared to be quite far away from its home — was seen wandering in a back alley near Windsor Street and Glen Drive just behind East Broadway.

Samantha Hussey managed to capture the rare moment on camera.

She told Daily Hive the deer-spotting happened on Saturday around 3 pm.

“My initial reaction was shock,” she said. “I’m not from BC and have never come so close to a deer before. And then I thought ‘where the heck did this guy come from?’ And then I was worried he would get hurt because it’s a high traffic area.”

Hussey said the deer darted towards East Broadway in the middle of traffic, adding that the animal seemed “startled and scared by all the noises.”

Daily Hive has reached out to the City of Vancouver’s Animal Control Services for comment.

If you spot this deer or any other wildlife that needs help call the BC SPCA Provincial Call Centre at 1-855-622-7722 for emergency wildlife assistance.