A woman in Metro Vancouver is speaking out after her mother was allegedly assaulted at Deer Lake Park in Burnaby, calling it a “hate crime based on race.”

She said it happened Tuesday morning on the outdoor trails.

She says that the man struck her mom for “walking in the wrong direction on an outdoor trail.”

“He hit her with his hand first, then tried to beat her with a walking stick,” the daughter explains says.

“Fortunately, a bystander intervened and stayed with my mom while waiting for police to show up.” 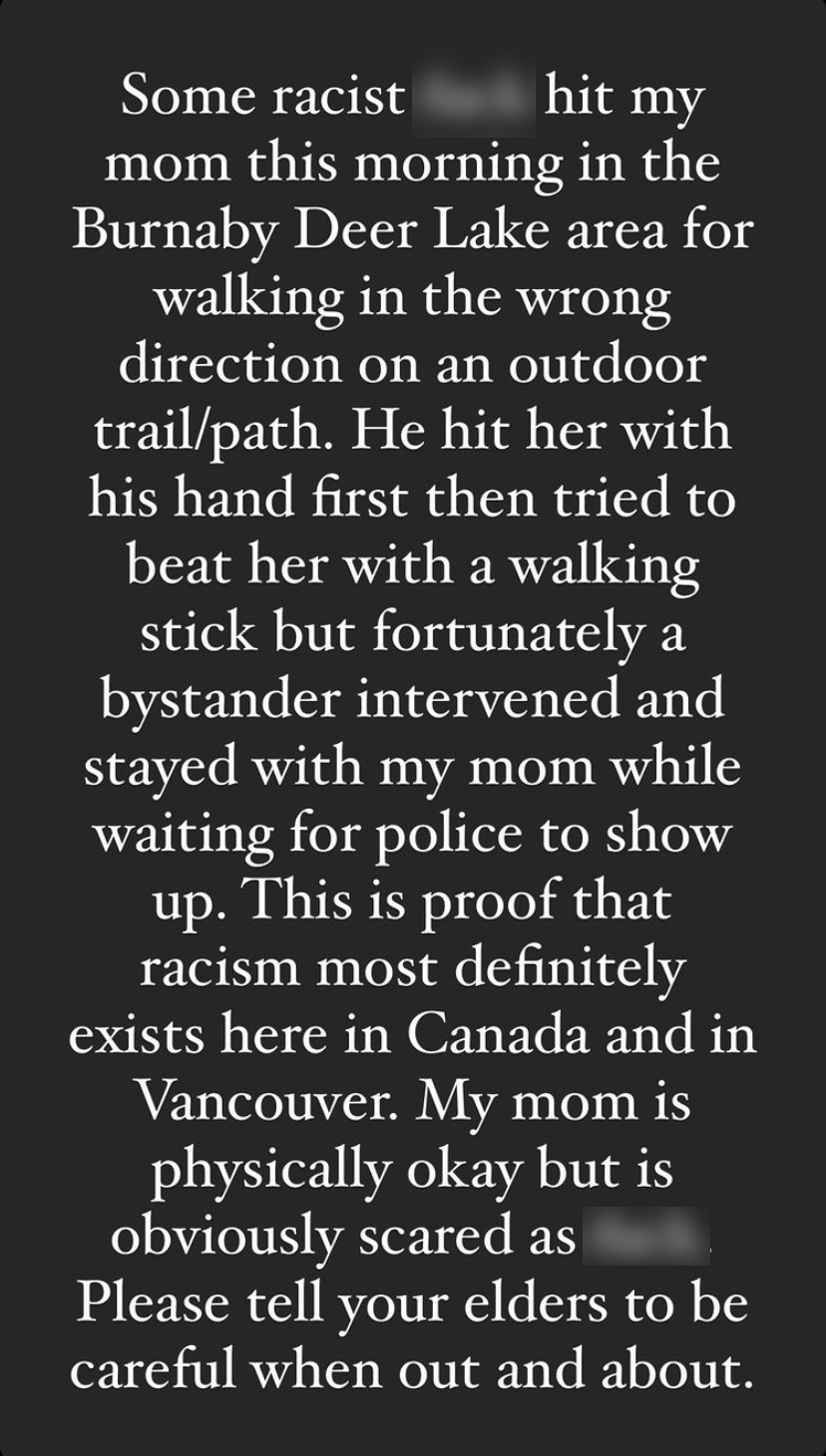 She also believes that the assault was racially motivated.

“This was definitely a hate crime based on race,” she adds.

“This is proof that racism most definitely exists here in Canada and in Vancouver.”

Burnaby RCMP confirmed with Daily Hive that they responded to reports of a male suspect assaulting a woman on Tuesday morning.

Corporal Brett Cunningham tells Daily Hive that police believe “the individuals entered a dispute over their direction of travel on the pathway.”

He adds that at this point in time, “there’s currently no information to indicate that this event was racially motivated.” 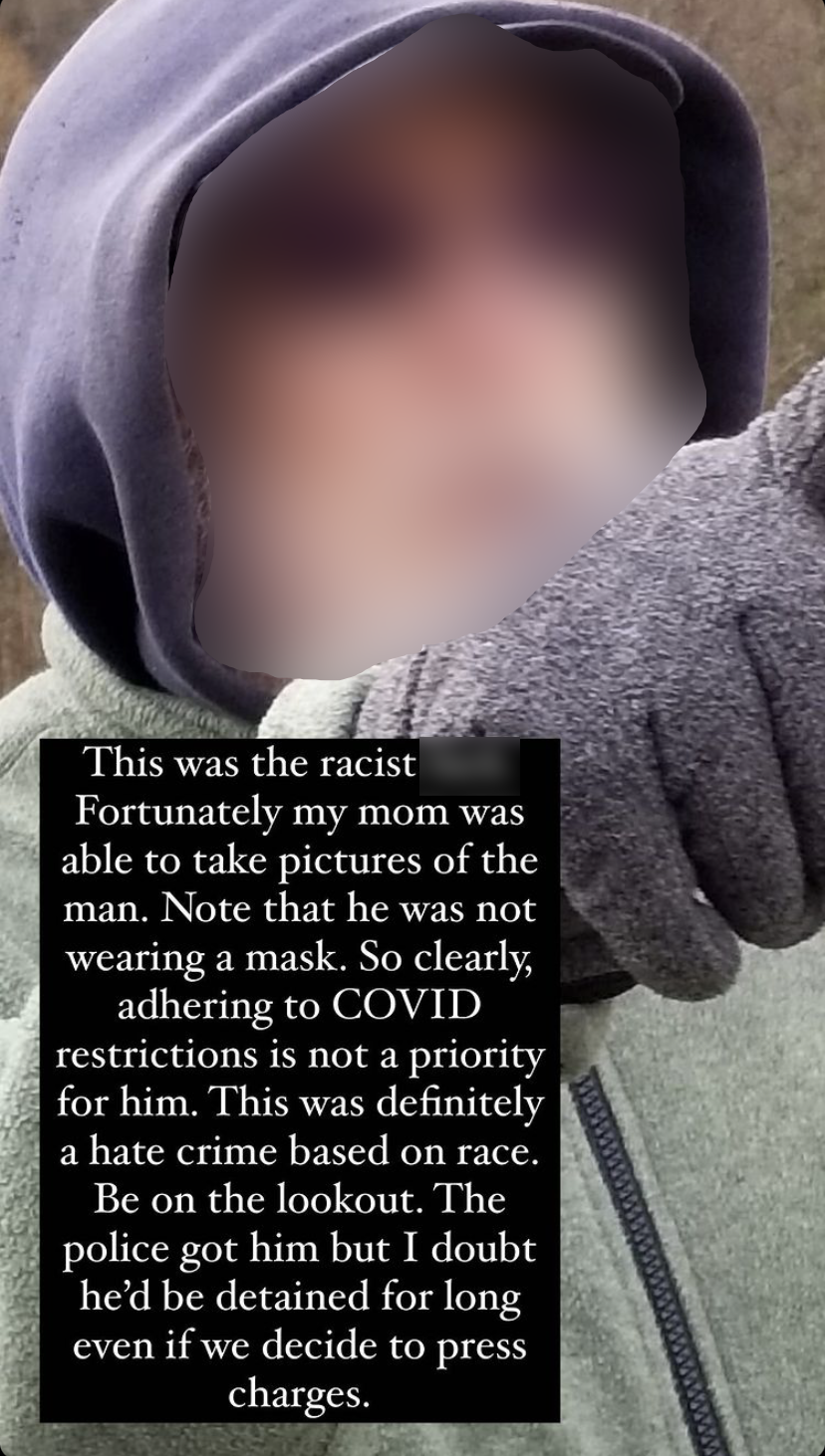 A 74-year-old Burnaby man was arrested and later released from custody pending an assault investigation.

The victim, fortunately, was not physically harmed, although Surya says that she’s scared and shaken up from the incident.

Daily Hive reached out for further information but the family has declined to share additional details at this time.