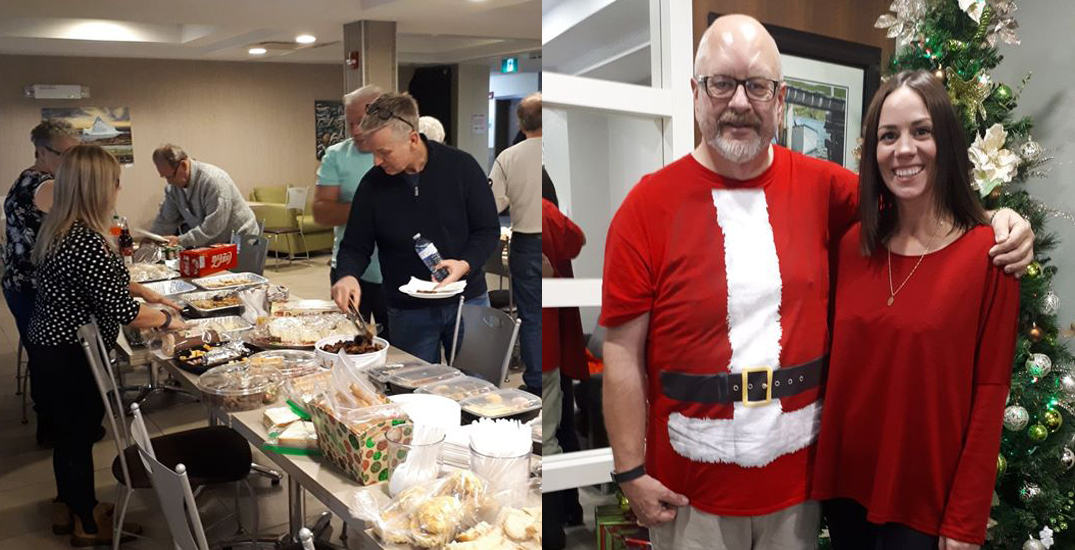 Generous locals in Deer Lake, Newfoundland, came together to organize a Christmas dinner for a flight of WestJet passengers who were stranded due to bad weather.

Brian Snow, who works at the Deer Lake Salvation Army, decided to do something when he heard the 75-80 passengers who’d had their flight diverted hadn’t eaten anything all day.

Their hotel gave them breakfast, but the passengers were out of luck for lunch and dinner because no grocery stores or restaurants were open Christmas Day. Snow put out a call for help, asking community members to bring sandwiches and leftovers from their Christmas meals.

It resulted in what Snow called the “best Christmas Day ever.”

“[We] started and ended the day with a nice, warm, fuzzy feeling,” Snow wrote.

He’s calling the experience “Come From Away – Christmas Day,” named after an event where locals from Gander, Newfoundland, rallied to help passengers on a plane diverted because of the September 11, 2001 terrorist attacks. That act of generosity inspired the musical Come From Away.

Daily Hive has reached out to Snow and WestJet for further comment.