The Vancouver Park Board has postponed a controversial decision to demolish Mount Pleasant Skate Park and replace it by building another nearby facility.

According to Park Board general manager Malcolm Bromley, noise complaints began almost immediately after the skate park opened to the public in the spring of 2012. The noise complaints were also from residents living directly across the street.

But only a small fraction of the skate park’s users have been deemed problematic.

“99 per cent of the skateboarders are not a problem,” said Bromley. “The daytime use is completely acceptable, it’s wonderful to see young children and ages of all abilities using it. It seems to be the ‘very late night after the bars close’ small group of people that have caused a chronic problem that continues.”

Bromley adds that the skate park cost $80,000 to build and not $200,000 as stated by previous reports. However, Park Rangers have spent $14,000 a year in Park Board rangers staffing costs to patrol the area as well as manually unlock and lock the fence gate at 9 a.m. and 9 p.m. each day.

Another $26,000 was also spent in 2013 to construct a 10-foot high chain link fence around the perimeter of the skate park.

To date, close to $80,000 in both capital and staffing costs have been spent to mitigate late night skate park noise for nearby residents.

“I think it’s really clear that the skateboard community would like to see his facility stay as is,” said NPA commissioner Casey Crawford to a room packed with young skateboarders. “Your voice has been heard… so I would appreciate the opportunity to ask staff for more time to work with the community and develop a plan that the local neighbourhood, skateboard community and Park Board thinks resolves the issues.” 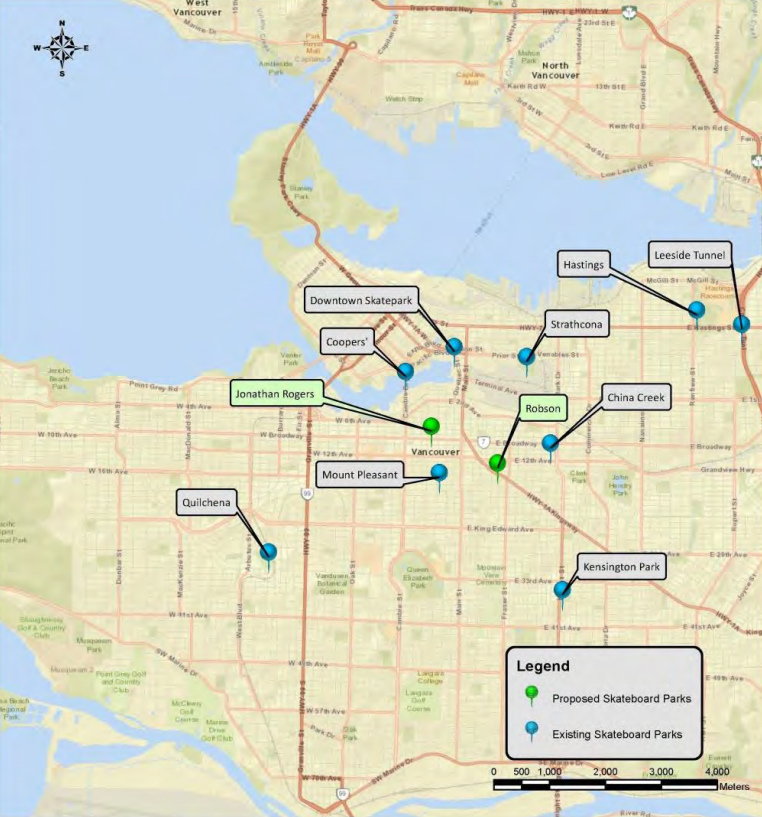