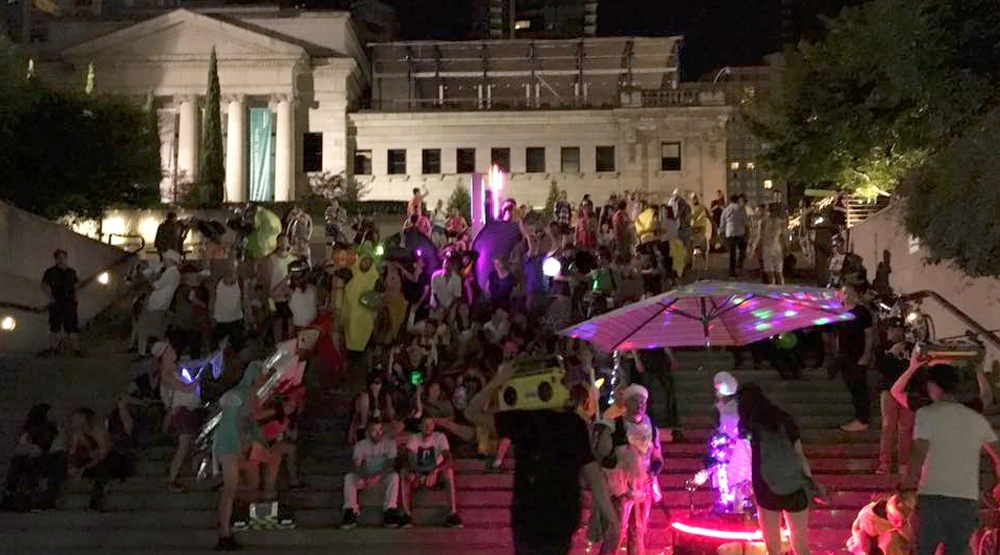 In celebration of the Decentralized Dance Party‘s seven year anniversary, organizers Tom and Gary turned Vancouver into one giant party on Saturday night.

Hundreds of people turned out all dressed up, some carrying boom boxes tuned into 100.5 FM or streaming music through the DDP app, creating one “mobile, synchronized sound system.”

The main party, which started at 9 pm under the Cambie Bridge, hit Granville Street, Robson Square, SkyTrain Stations, and more, while there were mini parties all around town, which you could find through their app.

At one point, it even turned into a foam party at Seymour and Dunsmuir.

In case you missed it, here are photos and videos from the Vancouver Decentralized Dance Party 2016.