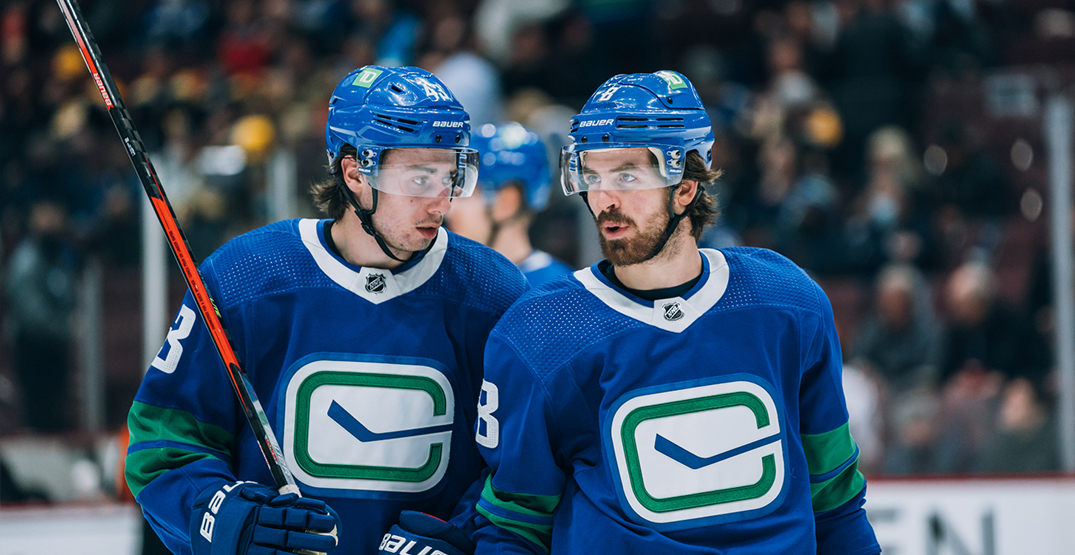 With time ticking down to today’s noon trade deadline in the NHL, the Vancouver Canucks are expected to be busy.

The Canucks have lost five of their last six games, and their playoff chances are beginning to fade from reality. Given that the new management group has stated its desire to clear cap space and acquire draft picks and prospects, there are a few players that could be moved today.

The biggest name that appears likely to go is Conor Garland. His name has been a hot topic in the last few days, with the Los Angeles Kings reportedly interested. This morning on Sportsnet 650, Frank Seravalli said in an interview with Mike Halford and Jason Brough that there’s a “decent possibility” that Garland gets traded today.

"I think that they have been engaged with Garland and other teams for the last few days now, and there is a pretty decent possibility that he is on the move today."@frank_seravalli with @MikeHalford604 and @SadClubCommish

Garland has had a strong season for the Canucks, with 33 points (14-19-33) in 59 games. Most impressive is the fact that he leads the team in five-on-five points per 60 minutes (2.24). The 26-year-old Massachusetts native has four more years left on his contract beyond this season at a reasonable $4.95 million cap hit.

Motte and Schenn in play?

Other players to keep an eye on are Tyler Motte and Luke Schenn. As The Fourth Period’s Irfaan Gaffar notes below, those two players (along with Garland) have received the “most attention” from other teams in the last couple of days.

Said before and I’ll say it again the Canucks will listen to offers on anyone today not named Hughes, Pettersson or Demko. Motte, Schenn and Garland are the three that have received the most attention in last 48-hours. We’ll see where it goes today.

Motte is a pending unrestricted free agent, so he’s a player that either needs to be re-signed or traded. The Tampa Bay Lightning were reportedly interested in Motte, but have opted for Nick Paul out of Ottawa instead, according to Bally Sports’ Andy Strickland. The Toronto Maple Leafs were another team with rumoured interest, which could be heightened if Ondrej Kase is out long term.

Schenn has another year left on his contract, but he’s an affordable depth defenceman that would fit in well on a contender.

Other players that could be moved today?

If anyone takes him, the Canucks would surely love to move backup goalie Jaroslav Halak.

After dominating rumours for weeks, J.T. Miller and Brock Boeser haven’t been talked about as much by insiders lately.

Would Tanner Pearson waive his no-trade clause? If so, he seems like a candidate to be dealt. The same logic applies to Tyler Myers.

It should be an interesting morning in Vancouver.