Pretty sure director Eli Roth doesn’t give two hoots about the political baggage that his Death Wish remake brings, but he’s definitely the frontrunner to win the “tone-deaf of the year award.”

The early part of 2018 has been about diversity and inclusion in film. Black Panther allowed African American audiences to see themselves in an entertaining superhero flick instead of another history lesson on oppression. Then there was the acclaimed film A Fantastic Woman which focuses on transgender rights told through a thoughtful and tragic story. And now we have Death Wish, a movie for gun-toting, right-wing crazies who want to arm teachers with AR-15s. 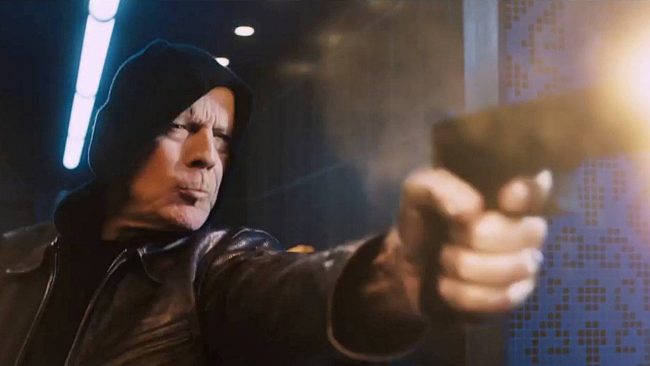 We can thank Roth and MGM for this expensive NRA commercial that tries really hard to be a solid action film but turns into a love letter for white guy vigilantism.

The movie stars Bruce Willis who spends two hours mumbling his way through the role of a surgeon, who after his wife is killed and daughter beaten into a coma by three home-invading thugs, turns into a rogue vigilante nicknamed by the media as The Grim Reaper.

Donning a hoodie and packing a pistol, the doctor becomes a one-man shooting machine as he stalks the streets looking for criminals to kill. Most of the people he knocks off just so happen to be black and God knows you need some white-on-black violence to feed the basket of deplorables. Eventually, our main antagonist finds the men he’s looking for and we continue on with the predictable storyline. 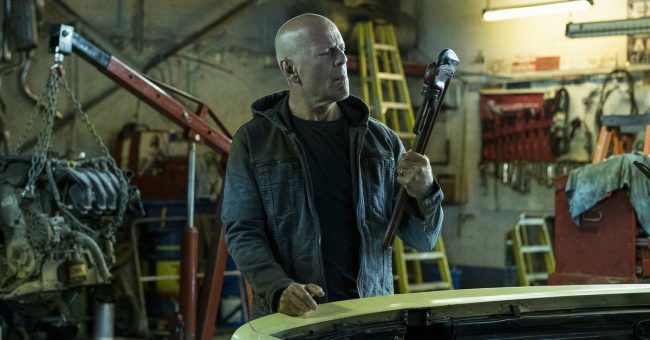 Has Willis’ hard to work with reputation finally caught up with him, forcing Die-Hard alum to take any role offering a few bucks? He hasn’t been part of a great film since 2012’s Looper.

Willis was once a great action star, but in Death Wish, he looks like a man who took an Ambien before arriving on set. You would think a solid supporting cast, with the likes of Elisabeth Shue, Vincent D’Onofrio, and Dean Norris, would be enough to prop-up the sleepwalking Willis, but to no avail.

The original 1974, Death Wish film starred Charles Bronson. It was raw and felt far more authentic. The film captured the creeping paranoia of the decade, and although critics largely panned it, audiences loved the story of a man seeking revenge for the graphically brutal death of his family.

Those were different times though.

It’s 2018 and these types of violent, bullet laden romps are a dime-a-dozen. Tolerated for their ability to keep Liam Neeson employed. Action films need to be creative and do something original with the genre or GTFO.

Eli Roth does neither.

Roth has always rolled around in the B-film horror genre with quality schlock like Cabin Fever, and Knock, Knock. What’s surprising is how paint by numbers this attempt is at an action film. It feels like Roth decided that he didn’t need an in-depth story because he got Willis to squirt battery acid into a bad guy’s sciatic nerve! It looks painful, but not nearly as bad as having to sit through another minute of poorly written dialogue. 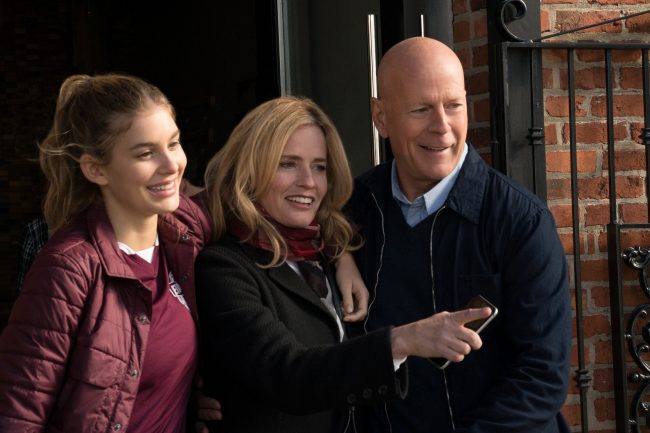 Yes, there is violence, lots of blood and guts, but none of that matters when the writers and director threw it all together as a way to pay homage to America’s radicalized and perverted understanding of Second Amendment.

No one is expecting Eli Roth to make a smart movie. But for the love of God how did MGM allow this film to be released right after another school shooting? Mind you, if this movie had to be delayed every time there was a mass shooting in the States, we might have never seen it. Would that have been a bad thing though?

A death wish is literally what you’ll be having after wasting two hours of your life. How did we go from one of the best films of 2018 in Annihilation to one of the worst?

Playing at a theatre near you. Rated R for strong bloody violence, and language throughout. 107 minutes long.