In between dazzling effects and action-packed fight scenes, weaves a story that touches on socio-political lessons on love, race, community, and responsibility.

Believe it or not, I’m talking about the newest Marvel film, Black Panther.

You must hand it to Disney/Marvel – just when you think their superhero films could settle into formulaic, cookie-cutter shlock, they go out and take risks and create something unexpected. This is what happens when you take a chance on young, creative geniuses and allow them to create their vision with little to no studio interference. 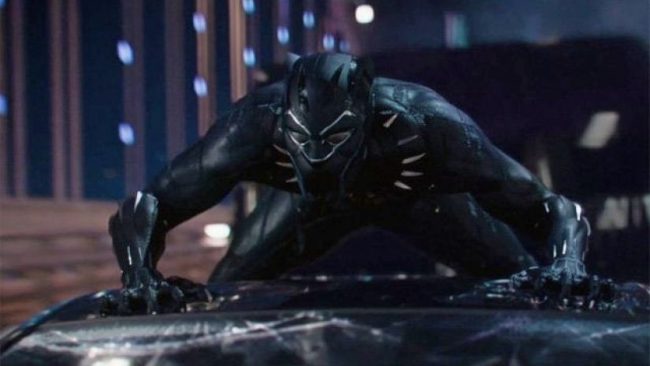 We saw this work last year when director Taika Waititi was able to bring his brand of levity to the Thor franchise with Ragnarok. Now we see the same kind of formula work with director Ryan Coogler (Fruitvale Station, Creed) who puts his personal touch on the first black superhero story in modern cinema.

Coogler’s Black Panther should be appreciated for its defiant middle finger to the damaging stereotypes that have plagued African American viewers and actors since the beginning of cinema. However, it should also be appreciated for what it truly is: a fun superhero film that fits perfectly within the Marvel Cinematic Universe and leads us even closer to Avenger’s Infinity War (May 4).

Without going into spoiler territory, the story follows the events of Captain America: Civil War. King T’challa, AKA Black Panther (Chadwick Boseman), has returned to the secretive but technologically advanced nation of Wakanda to serve as his country’s new leader. However, things go awry when a villain named Killmonger (Michael B. Jordan) abruptly interrupts the peaceful utopia with a reminder of a harsh reality. 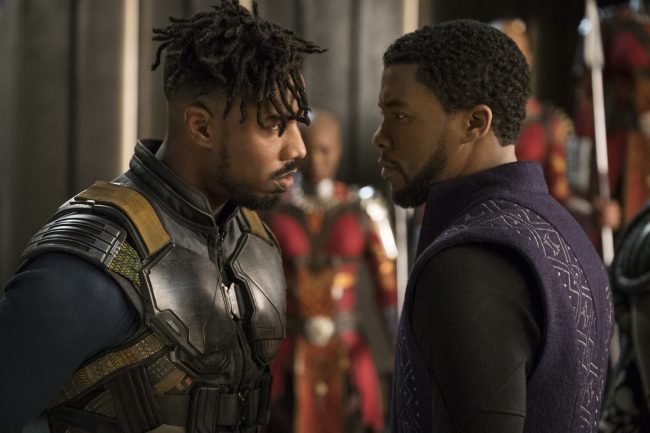 Jordan is a standout because he is one of the first super villains in a long time that isn’t two-dimensional. He has so much pent up anger and lust for revenge that it’s easy to label him as the prototypical bad guy. On the other hand, though, you can also empathize with him because as an outsider he’s a hero of a different but totally valid story. We don’t see these types of well-rounded baddies often in today’s superhero flicks and it’s extremely refreshing.

What’s also great are the strong performances by the women in this film who are not only brave warriors but technical geniuses as well. Diversity is well represented but it doesn’t feel forced or tagged on. If anything, the story allows for strong performances from the likes of Letitia Wright and Danai Gurira who absolutely shine and steal a lot of the scenes they’re in. The same can be said for Boseman, who is commanding in the starring role and brings a lot of class, charisma, and pure kick-assery to the panther suit. 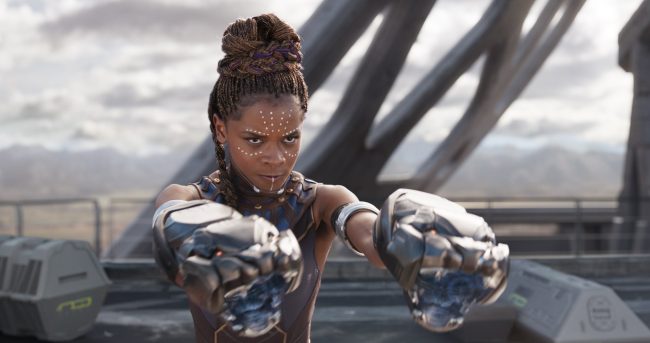 The cast from top to bottom are fabulous and it’s ultimately what makes this movie work. But there are a few Marvel-like flaws that will pull you back down to earth and remind you that it’s still a superhero film.

Overall the story clicks, even if it tends to drag at times. However, the need to keep this film within the realms of the wider MCU only hampers the story for a short time and for the most part it works as a standalone movie.

Black Panther brings the eye candy, action, and diverse flair that should be celebrated and embraced.

I highly recommend you sink your claws into this one and enjoy. I’m giving it 4.5 out of 5.

Playing at a theatre near you. Rated PG-13 and is 135 minutes long.