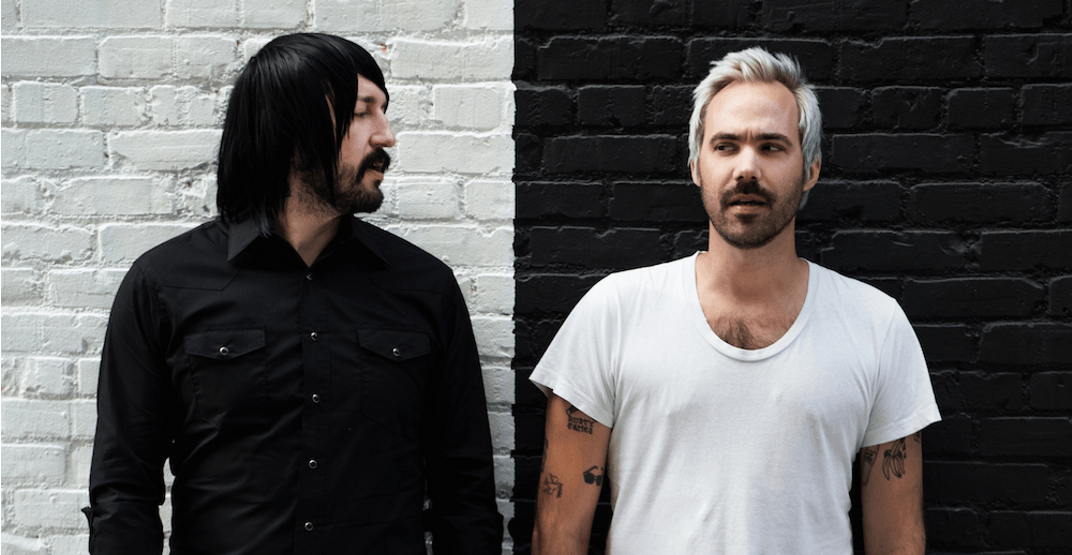 Canadian rock duo Death From Above will be bringing their Heads Up! Is Now Tour to Vancouver this May, performing live at the Commodore Ballroom.

Consisting of bassist Jesse F. Keeler and drummer and vocalist Sebastien Grainger, both from Toronto, Ontario, the band was formed in 2001.

This spring, Death From Above will tour to celebrate the re-pressing of their 2002 debut Heads Up, performing the six-song EP in its entirety, followed by songs from You’re A Woman, I’m A Machine, The Physical World, and Outrage! Is Now.

With one foot in suburban hardcore, and the other on the dance floors of Mod nights and Garage Rock rave-ups, Death From Above’s critique is as much self-loathing as social commentary.

Heads Up is a completely un-self-conscious micro-opus, focusing its bratty punk-rock ire towards the Toronto nightlife and social scene from which the brand emerged.

Tickets from Death From Above’s Heads Up! Is Now Tour at the Commodore Ballroom this May are available now via Ticketmaster.

Death From Above: Heads Up! Is Now Tour