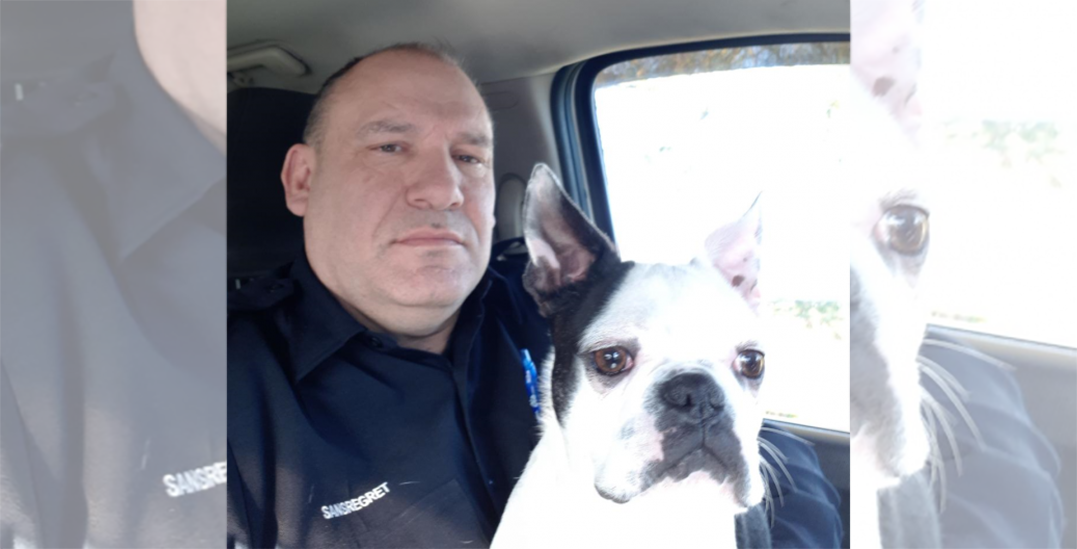 A runaway Boston Terrier is safe thanks to the efforts of the Delta Police Department (DPD).

On Wednesday, officers report responding to a dog that escaped out of a backyard and took police down Highways 10 and 17A in Delta.

“The cheeky fellow even headed into the HOV lane for a short time, but the officer showed discretion, and no ticket was issued for this flagrant disregard of the signage,” reads a police report.

Constable Terry Sansreget, of the Delta Police Traffic Unit, says that the dog was first spotted running westbound on Highway 10.

“I blocked traffic and I, along with another motorist, tried to grab him on foot,” says Cst. Sansregret in the report. “My concern was that he was heading for the busy intersection of Highways 17 and 10.”

The Boston Terrier eluded the constable’s efforts and caused the officer to activate his lights and sirens to alert other drivers.

“By that point, the dog had started down Highway 17A toward the tunnel,” reads the release.

The Terrier switched into the HOV lane, which Cst. Sansreget says would typically warrant a ticket.

“Motorists misusing this lane are a common complaint amongst commuters,” says the constable. “The dog did make an effort to leave the HOV lane, actually trying to jump the median to cross the road.”

“Luckily he was too short so he continued on toward Highway 99,” Cst. Sansregret continues. “I kept traffic back, trying to take up all three lanes. Another motorist tried to corral the dog but he slipped away. Finally, another motorist was able to stop ahead of me and we managed to safely capture the runaway.” 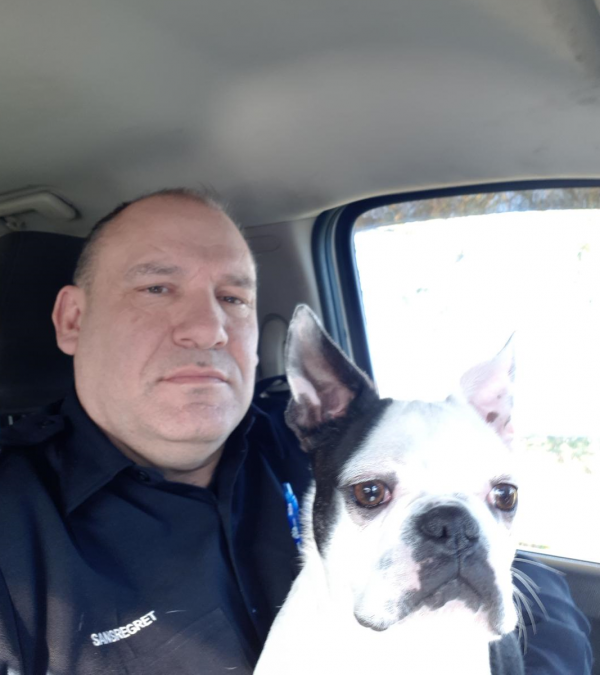 The constable “credits the other drivers on the road at the time both for their patience and for their assistance in helping capture the elusive terrier.”

The animal was later brought to the Delta Community Animal Shelter and was reunited with its owner. Police later learned that the Boston Terrier is deaf, “which explains why he didn’t respond to the police siren.”