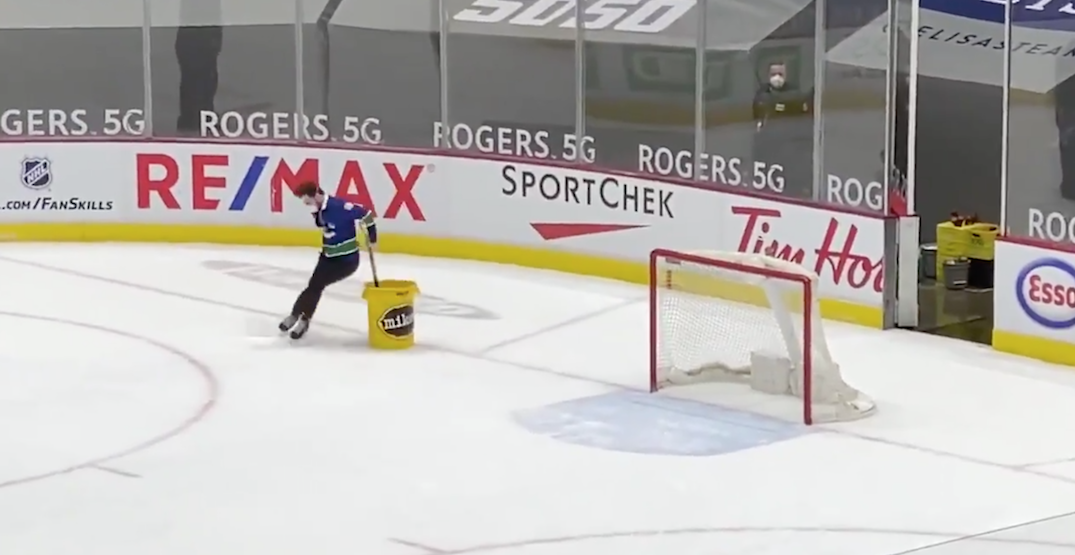 The job of an ice crew member is pretty simple.

During commercial breaks, you skate onto the ice, clear your designated area of snow, and skate off before the play begins. Commercial breaks are only a couple minutes long, so you need to be efficient.

One member of the Vancouver Canucks’ ice crew does that and a whole lot more, recently attracting the attention of visiting Montreal Canadiens reporter Marc-Andre Perreault, from TVA.

The man not only moves with efficient speed on the ice at Rogers Arena, but he also does it with flare.

The spins, the backwards skating, the shovel around his back, twirling with the yellow Mike’s Hard Lemonade bucket — all of it, tremendous.

It’s been exactly one year since fans were last allowed in Rogers Arena, and it’s quite clear, this guy deserves an audience.