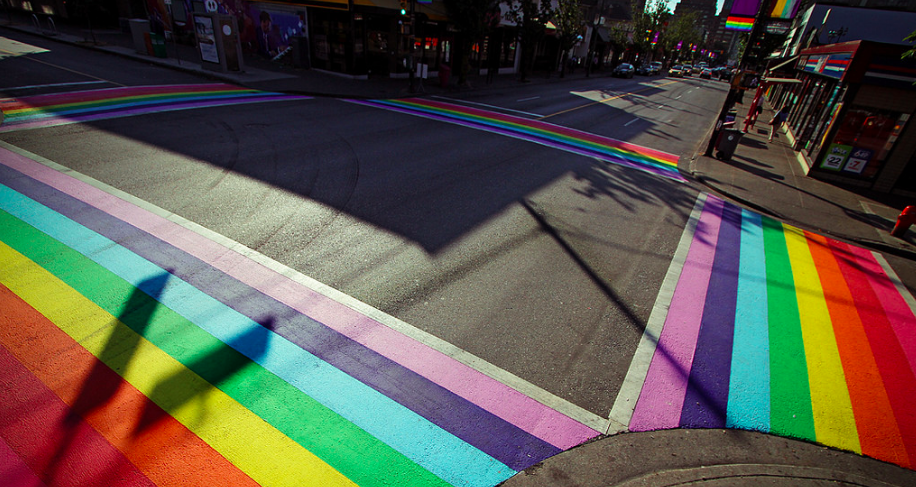 If you frequent Davie Street, you might have noticed the famed rainbow crosswalks at the Bute Street intersection have disappeared.

Not to worry. The City of Vancouver told Daily Hive they were removed while the Jim Deva Plaza was constructed, but there are plans to put them back in as early as Thursday.

The City says they would have been damaged from construction, and this gives them an opportunity to have them freshly repainted in time for Pride festivities.

The Jim Deva Plaza was named in honour of a well-known local LGBTQ activity who passed away in 2014.

The City adds there will be a public event to launch the plaza on July 28. 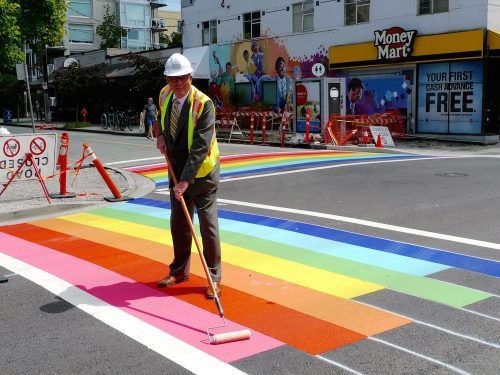