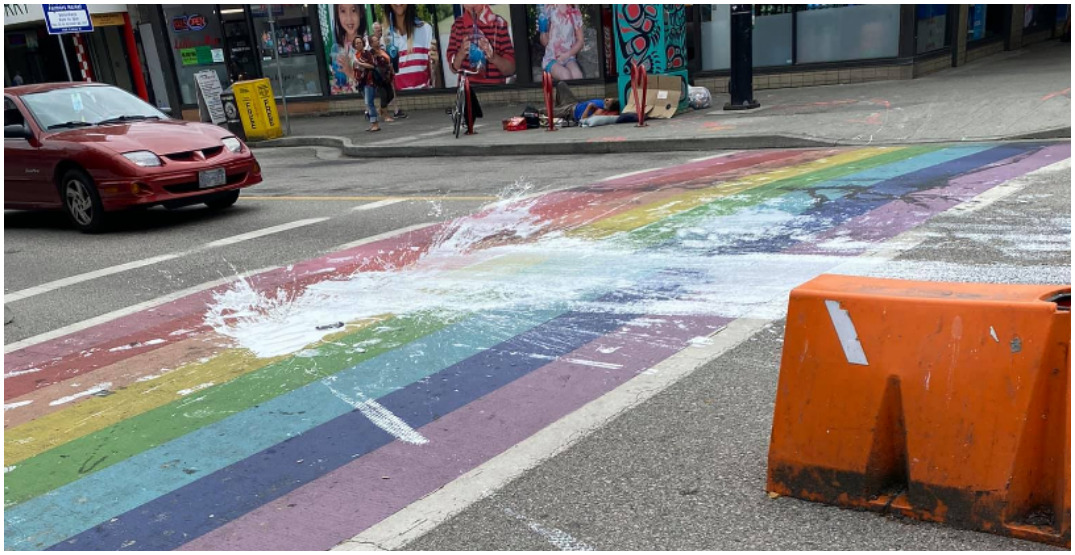 The Davie Village rainbow crosswalk, which is the first of its kind in Canada, was defaced on Thursday afternoon in a suspected act of vandalism.

The iconic crosswalk was seen covered in white paint.

The motive is unknown at this time, but two young men who fled the scene were initially identified as potential suspects.

Footage from social media shows a man with a paint roller going over the big splash of paint, but it isn’t clear yet who is responsible. 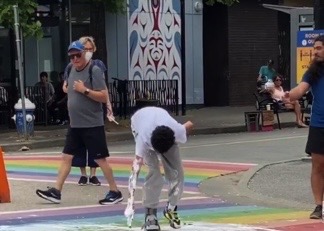 The Davie Village rainbow crosswalks were the first permanent crosswalks of their kind when they were put in place to honour Pride back in July 2013. They were repainted and made bright again in 2016.

This act of vandalism comes less than a month out from Vancouver’s Pride celebrations.

A city crew was cleaning the white paint off the sidewalks on Friday morning, but it is unknown whether they will be completely repainted. 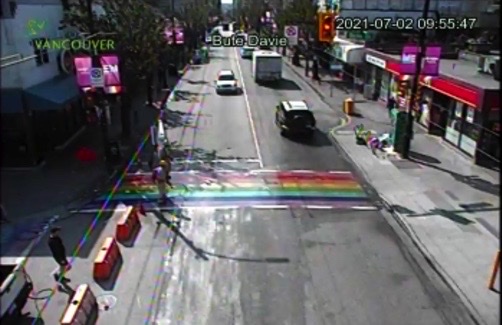 The VPD is investigating the situation and isn’t ruling out an accident.

“We were called to investigate the mischief to the crosswalk yesterday. It is still undetermined if the paint dropping was intentional or accidental,” they told Daily Hive.

Daily Hive has reached out to the West End Business Improvement Association for further comment.