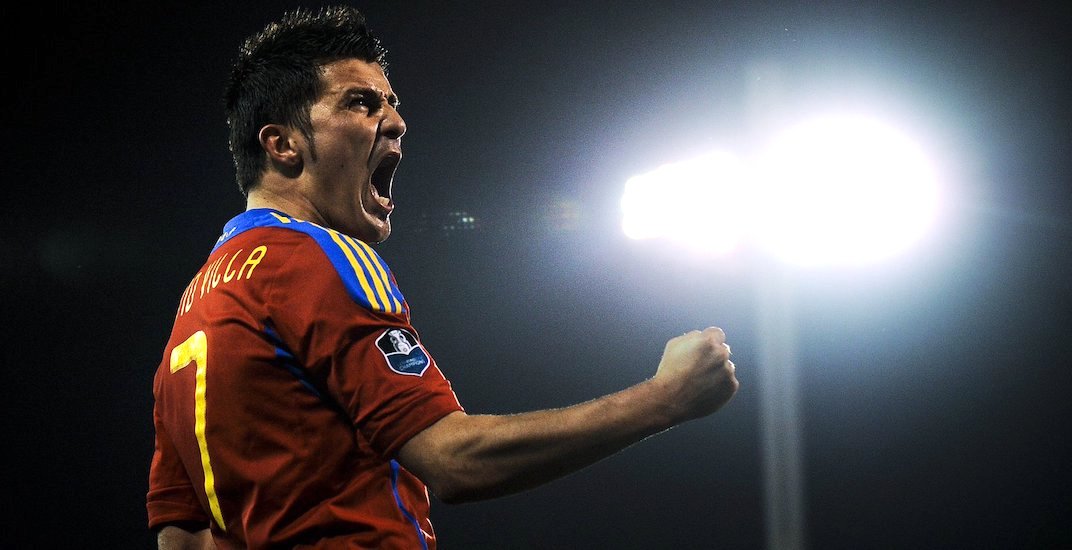 David Villa has played for some of the biggest soccer clubs on the planet and has won a FIFA World Cup.

The 36-year-old Spanish soccer legend, who now plays for New York City FC in Major League Soccer, has a pair of soccer camps coming to BC Place in Vancouver this weekend.

The DV7 clinics run on December 2nd and are open to youth soccer players born between 2004 and 2009. Two “special guests” are promised for the clinics, with a separate meet and greet with David Villa taking place on December 10. 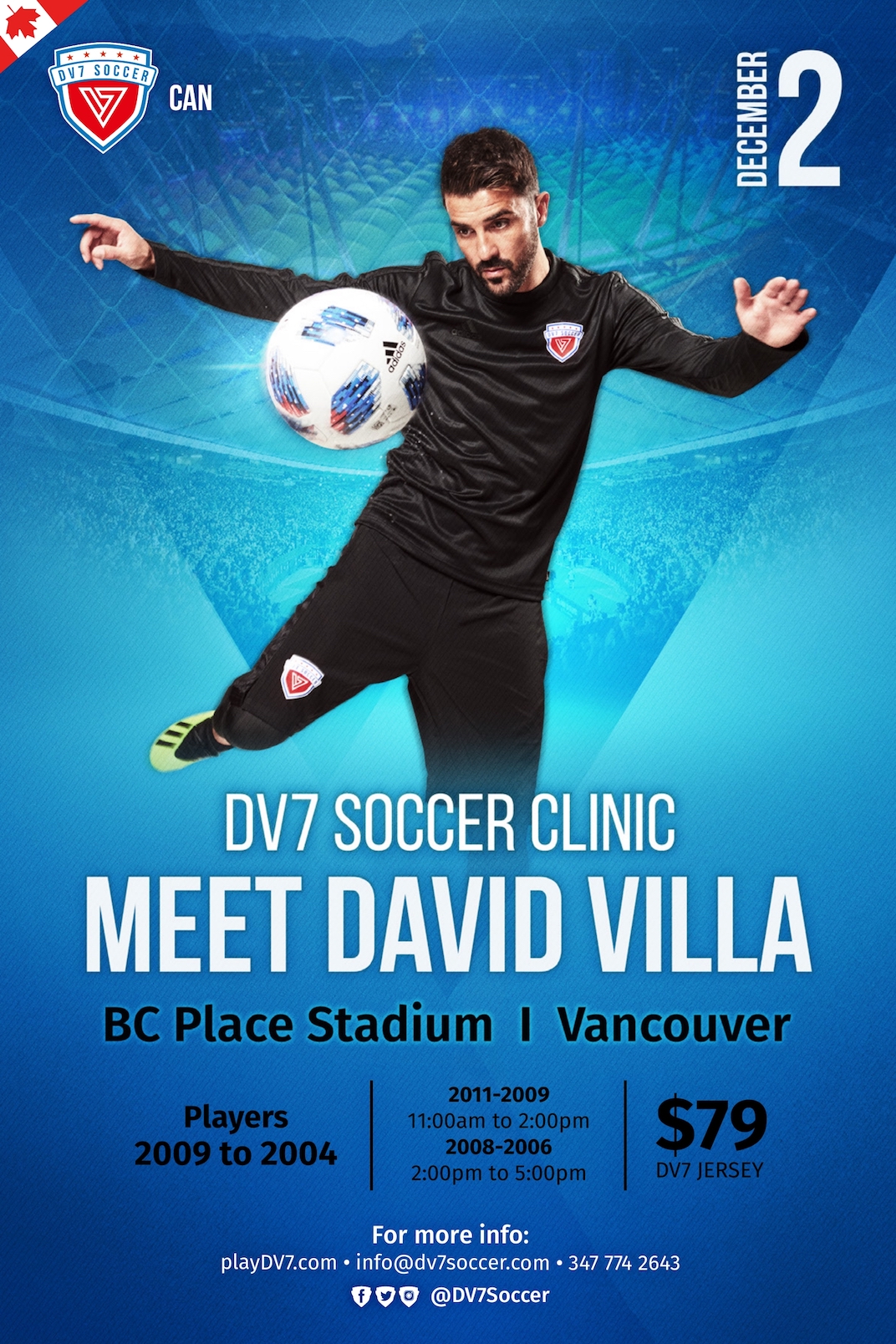 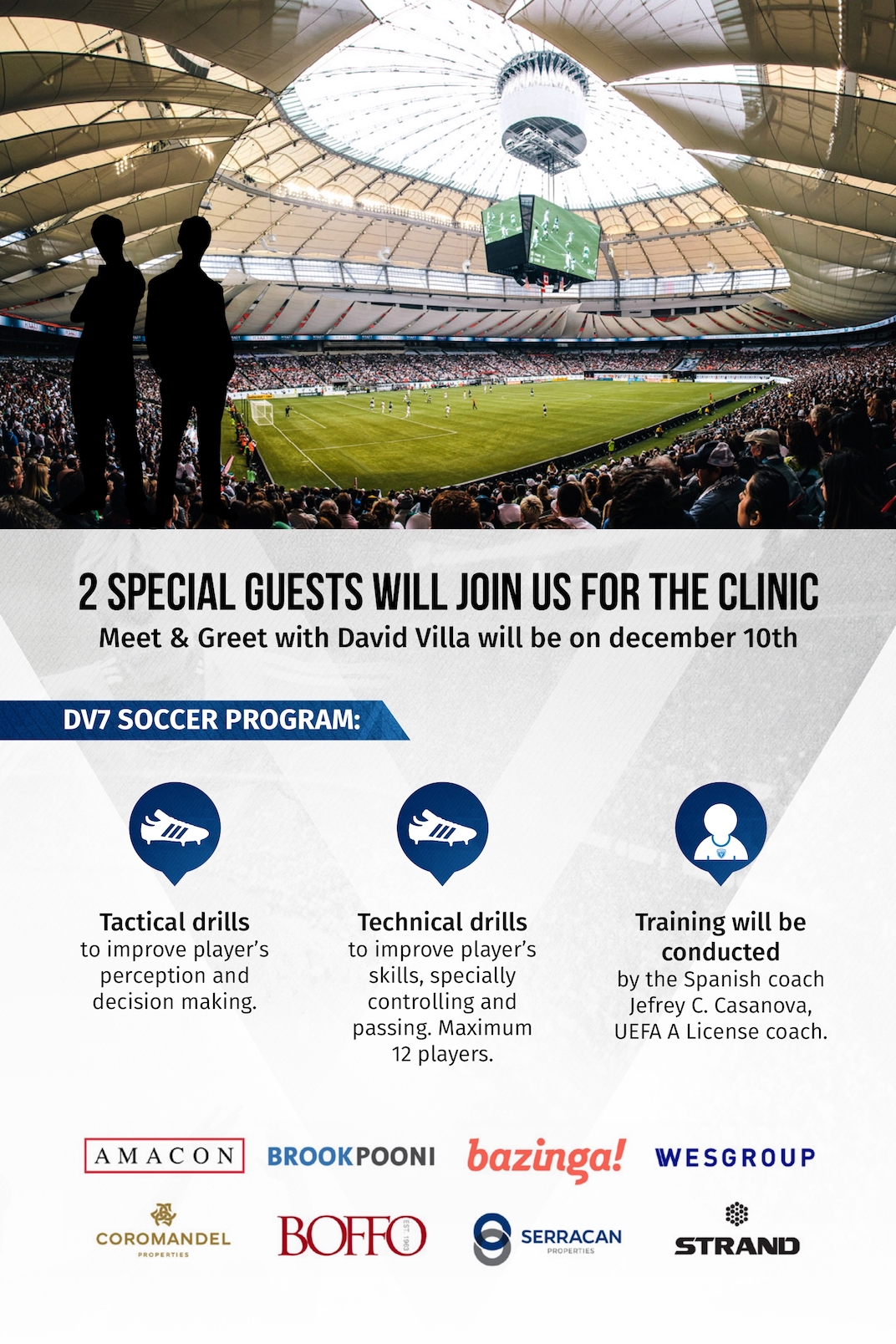 What: Youth soccer camp for children born between 2004 and 2009
Where: BC Place Stadium, 777 Pacific Blvd, Vancouver
When: Sunday, Deember 2