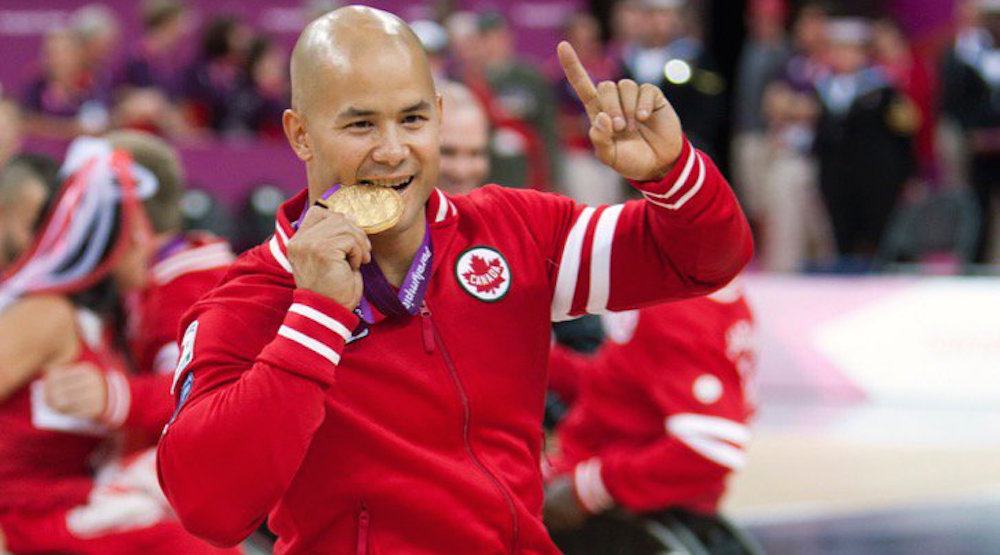 Wheelchair basketball player David Eng has been selected as Canada’s flag bearer for the Opening Ceremony of the Rio 2016 Paralympic Games, which begins on Wednesday.

“David is an impact player on the court and is known for his aggressive and vocal style of play and his ability to make the players around him better,” said Petitclerc. “He is widely respected by both teammates and opponents and always maintains a positive attitude and passion for his sport. David is a true role model for all Canadians.”

“I am really grateful for this amazing opportunity to carry the Canadian flag for my country at the Opening Ceremony in Rio,” said Eng. “Being selected as the flag bearer at my fourth Paralympics is the highest honour I could receive for dedicating my life and heart to the Paralympic movement. This means so much to me because I truly believe Canada to be a world leader in celebrating diversity and inclusion, and in supporting athletes with a disability in high performance sport. Go Canada go!”

A total of 162 athletes representing Canada in 19 sports will compete at the Paralympic Games September 7 to 18 in Rio de Janeiro.