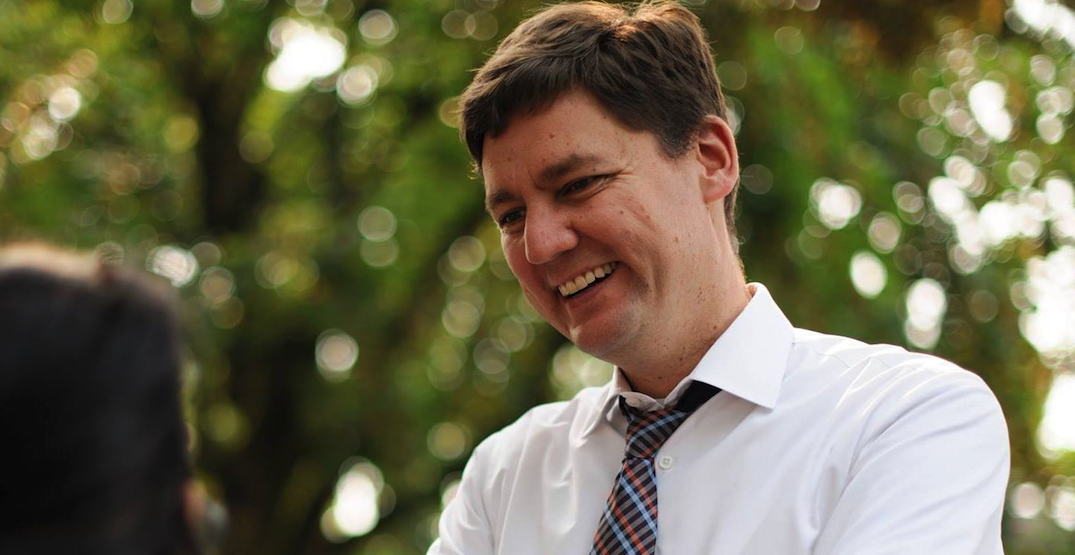 Eby made his entry into the BC NDP leadership contest official at an event at the Kitsilano Neighbourhood House, surrounded by family and friends.

“Clearly, someone needs to step up,” Eby said in an interview with Daily Hive.

“We need that stability and that consistency. And I think I’m well placed to do that.”

His campaign launch kickstarts a process in which Eby is expected to be formally declared the victor of the race on December 3, replacing John Horgan and becoming BC’s 37th premier.

“John has been clear about there needs to be a generational transition in the legislature,” he said.

“I’ve got a young family at home. John’s kids are all grown up. And I think I do present the opportunity to bring the voice of the next generation of leaders in our province.” 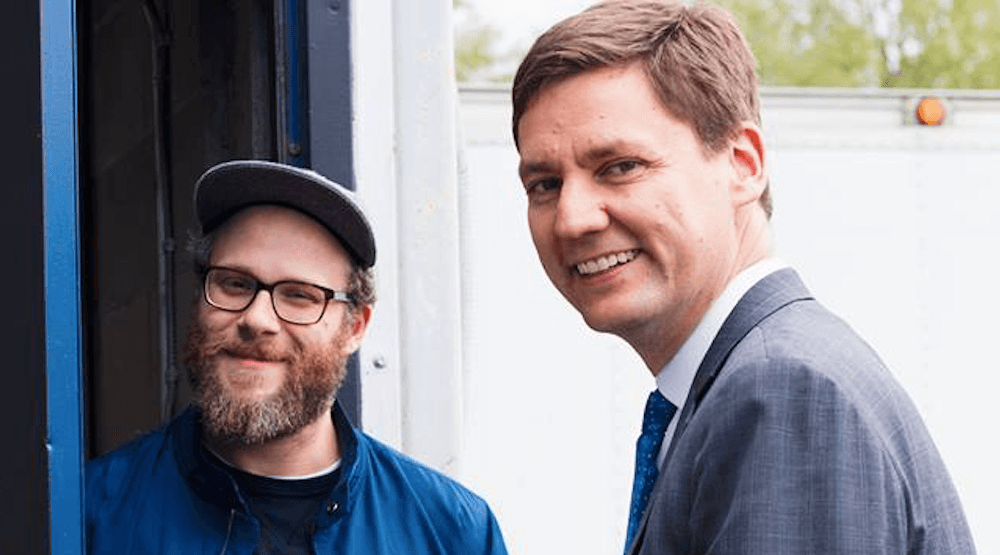 Eby was flanked by campaign co-chairs; Minister of State for Child Care Katrina Chen and Jobs Minister Ravi Kahlon. Kahlon, who was expected to be a top rival in the race, dropped out earlier this month and endorsed Eby, throwing him the support necessary to become virtually unbeatable in the contest.

Eby also has the support of 48 of the 57 MLAs in the BC NDP caucus, an astounding show of solidarity behind just one person at the start of the race.

“People are happy with our government, they’re happy with the direction we’re going. They want us to deliver on the schools, health care, and the infrastructure around transportation so they’re not sitting in traffic, the basics.

“And they’re also concerned about the big picture issues too. So they don’t want to lose track of climate change, and so on. But, we’ve got to deliver on the basics for British Columbians. And that’s what we’re all focused on.”

Although the race may feel anti-climactic, many inside the BC NDP are hoping to show a united front and provide a smooth transition of power between Horgan and Eby in order to preserve the popularity of the current government.

For Eby, it’s also of paramount concern to hold public confidence in the New Democrat administration — even as it changes leaders.

“What they need is stability in government,” he said. “And that’s one of the things I can bring to the table. I’ve got almost 50 colleagues supporting this leadership bid, and we all share the same goal, which is unity and delivering for British Columbians and not focusing on politics.”

As part of his decision to run, Eby resigned as Attorney General on Tuesday. But he said many of the files he championed there, including housing affordability, homelessness, and solutions to prolific crime, will become big parts of his leadership campaign alongside pressure issues like the health care crisis and climate change.

The 44-year-old presumptive premier is a lawyer and former human rights advocate, having previously worked for the Pivot Legal Society and the BC Civil Liberties Association before entering politics by knocking off then Premier Christy Clark in her riding of Vancouver-Point Grey in 2013.

He’s maintained a star profile on issues like housing affordability and money laundering and he’s been viewed by many inside the NDP for years as the party’s next leader-in-waiting.

The Opposition BC Liberals have sought to portray him as a radical activist, criticizing his reforms at ICBC, for example, as part of immense overreaches of power while in the job of attorney general.

Eby’s launch came just a day after his last serious remaining rival, Finance Minister Selina Robinson, announced she would not run in the race.

Robinson was seen as both a strong potential leader, as well as a rallying point for those unhappy with the thought of an Eby coronation in the race. She said she wanted to do the job but couldn’t make the multi-year commitment required.

“There’s a part of me that knows I want to do it,” Robinson said in an interview.

“But I also have to think whether I will feel that way three, or four, or five years from now.”

Robinson said it was frustrating to watch Eby appear to be the only candidate, and that she took seriously the calls from supporters to run against him, but that ultimately she wants to have the freedom to spend more time with her parents, who are in their 80s, in the years ahead.

“For the short term, sure. It’s the medium-term that I was a bit worried about. Can I sustain the energy?

She said she’ll double down on her work as finance minister and prepare the February budget. But she won’t be throwing her support to Eby.