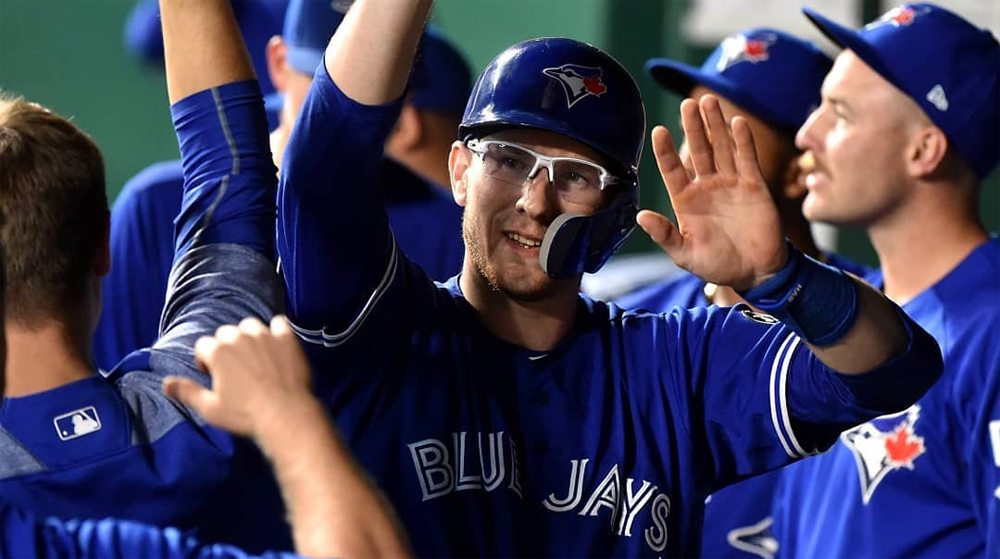 Danny Jansen was unofficially handed the keys to the Blue Jays’ starting catcher job last September. Once the team traded away veteran catcher Russell Martin in January, it cleared the way for Jansen to take over as the club’s everyday backstop in 2019.

Not only should the 23-year-old catch the bulk of the Blue Jays’ games this year, he projects as one of the best catchers in the American League.

Yes, that’s correct. A rookie catcher — who has a mere 31 big league games under his belt — looks to be the second best catcher in the American League in 2019. According to FanGraphs Steamer projections, Jansen ranks only behind Gary Sanchez of the New York Yankees.

Admittedly, this says more about the sad state of affairs of American League catchers. Now that Salvador Perez has undergone Tommy John surgery and will miss the 2019 season, Jansen merely needs to stick around to become a defacto top-five catcher in the AL.

Outside of Sanchez, there isn’t much competition for Jansen to rise to prominence as the league’s best catcher this season. During his brief stint with the Blue Jays last year, Jansen hit .247/.347/.432 with three home runs in 31 games down the stretch.

Prior to his MLB promotion, Jansen slashed .275/.390/.473 with 12 home runs in 88 games in triple-A with the Buffalo Bisons. Jansen essentially took over for Martin as the Jays’ starting catcher on August 31 and never looked back.

Blue Jays manager Charlie Montoyo is quite fond of Jansen already and spoke glowingly about his backstop during Blue Jays Winter Fest in January.

If all goes according to plan, “some day” for Jansen could come as early as July 9 at the Midsummer Classic in Cleveland.