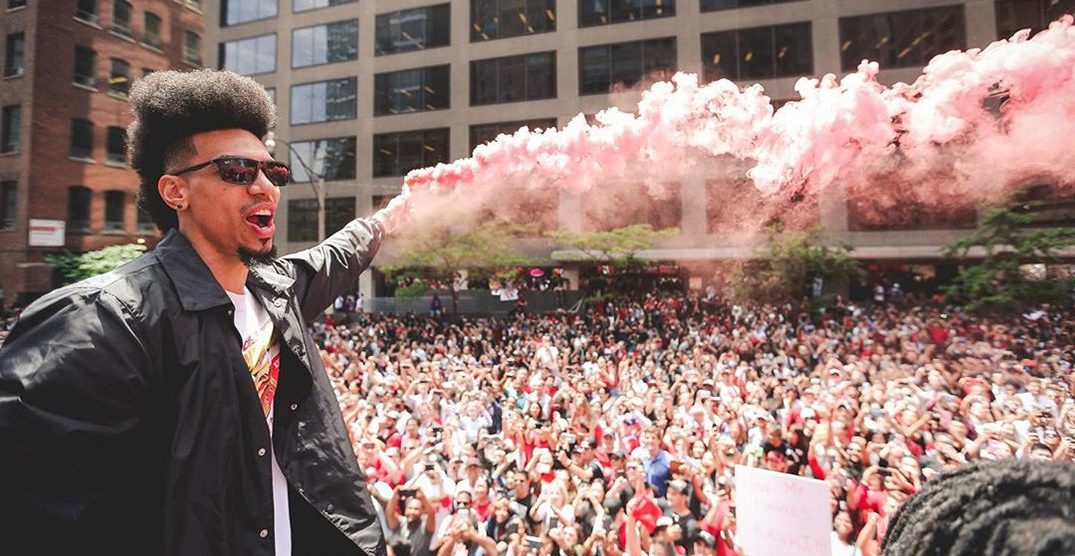 Ever since the Toronto Raptors hoisted the NBA Championship trophy for the first time in franchise history, there’s been talk on whether or not the team would, or even should, take a trip to Donald Trump’s White House.

But Raptors guard Danny Green seems pretty darn confident that the team will reject the meeting should they get the opportunity.

“To put it politely, I think it’s a hard no,” Green said, in an interview with Yahoo Sports Canada’s Inside the Green Room.

“I try to respect everybody in every field that they do regardless of how crazy things are. He makes it really hard. He makes it very, very tough to respect how he goes about things and does things.”

Raptors to the White House?

In the US, it’s become a sort of champion-sport-team tradition to take a visit to the White House after hoisting a trophy. The NBA, NFL, NHL, and MLB have all taken up the tradition, but some teams have been less than keen on the visit while Trump has been in office.

The Golden State Warriors’ invitation was rescinded in 2017 after some players decided they wouldn’t go, the same happened with the Philadelphia Eagles that year.

As for Canadian teams, while the Blue Jays visited President George Bush in 1992 after winning the world series, they didn’t get an invite from President Bill Clinton when they won the next year, nor did the Montreal Canadiens when they won the Stanley Cup in 1993.

President Trump hasn’t officially extended an invitation to the Raptors and he doesn’t seem too committed to the idea.

“If they’d like to do it, we’ll think about that,” he said last week.

But hey—as the first non-American team to win an NBA championship, it seems only appropriate that a pow-wow with Prime Minister Trudeau is in order.

Ottawa’s mayor, Jim Watson, and Raptors head coach, Nick Nurse, have both expressed interest in the team having visiting Parliament.