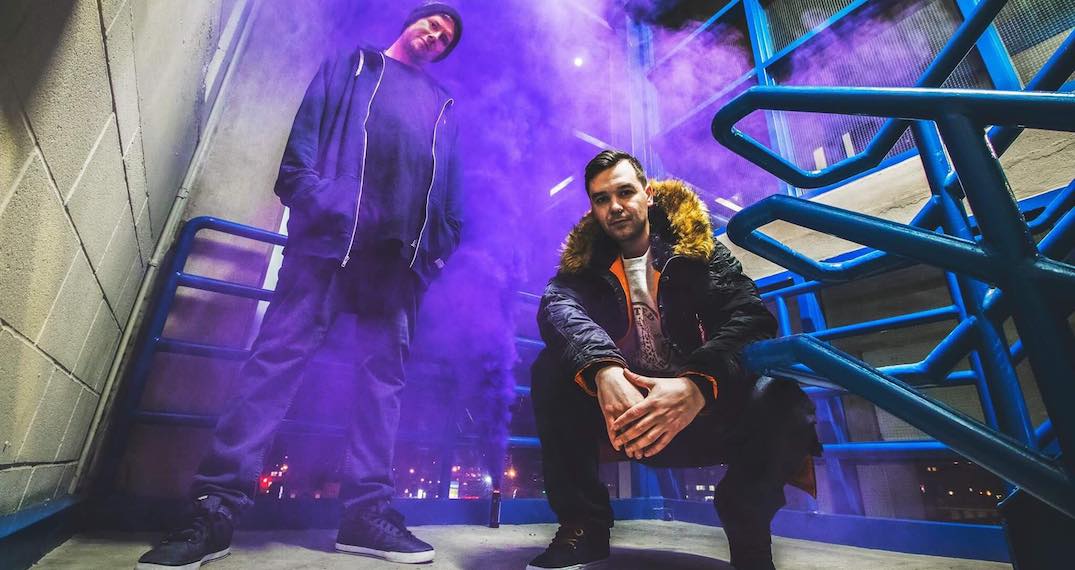 He’s known for his epic artwork, but Saskatchewan hip-hop artist Danny Fernandez, aka Def3, is making his mark in Canada’s hip-hop scene.

Def3 has shared the same stage and toured with some of hip-hop’s biggest names including Nas and Ghostface Killah and now the spotlight is on him as he brings fans his first set of visuals for his single “El Fin Del Mundo”, hailing from his latest album Small World.

The song, which also features vocals from Def3’s father Ramon Fernandez, was produced by one of Denver’s most notable electronic producers, Late Night Radio.

What makes the single and its visuals so special is the various cultural influences it blends together. These are inspired by Def3’s Chilean roots, his experience traveling the world, and Canada’s overall multicultural vibrancy.

“I initially wrote this song when I was traveling through South America nine years ago after I visited a city in Argentina called Ushuaia, aka ‘El Fin Del Mundo.’ Translated, this means ‘the end of the world’ because its southernmost city on the planet,” Fernandez told Daily Hive. “I think the song is basically capturing that moment in time and traveling in general.”

As for the vibrant video, Def3 says he initially wanted to shoot the visuals in an exotic location like Chile —where his dad is from.

“But realized that would be way too expensive so I came up with the idea to showcase dancers from all the cultures that we have located in Saskatchewan.”

“Regina is actually an extremely multicultural city and it’s always been something I loved about it. We have this event every year called mosaic where each culture get their own pavilion and there are over a dozen of them so when we were shooting this video I thought it would be cool to feature a lot of the dancers I see at those types of events.”

Fernandez didn’t only spend his childhood in Canada, he spent a part of his youth on an international ship.

“I also spent my youth living on a large ship from (age) four to 12 with my parents doing relief work throughout Africa, Latin America, and Europe so I’ve been around culture my whole life and really wanted that to be prevalent in the video,” he said.

And while most of Canada looks at Toronto as the hub of hip-hop in the country —mainly due to Drake’s influence —Def3 has experienced the genre evolve and grow in Saskatchewan, giving him a very unique perspective.

“Since I started rapping around 1996 I’ve seen the Saskatchewan and Canadian hip-hop scene change drastically from the more underground pre-Drake era, until now, ” said Def3.

“When I started releasing music professionally, there were very few rappers in Saskatchewan let alone, Regina and none really making noise outside there own cities so I kind of had to invent my own lane and style.”

And that style can definitely be heard on Def3’s latest album where he aimed to create something “timeless.”

“The overall idea with this album for me was to make something timeless that I could look back on in 10 years and still be proud of and what I believed was the most solid hip-hop album I could create and I feel we did just that.”

If you want to catch Def3 live, he’ll be touring Canada and Europe this summer. Check out his official website, def3.ca for an updated performance schedule.