Despite his age, despite the Duncan Keith elbow of doom, despite Henrik getting to take all of the ceremonial faceoffs, Daniel Sedin is having himself one hell of a season.

He’s gone from “Can he even lift the puck off the ice anymore?” to being 4th in league scoring and tied for 10th in goals. Of course, defying the critics isn’t new to Daniel or Henrik. They’ve been doing that their entire career.

The perception of the Sedins has been an interesting journey. When they were first drafted, the expectations were extremely high. Some people began predicting 100-point seasons a year or two into their careers, and when this didn’t happen, some people began to sour on them.

It wasn’t just that they weren’t scoring tonnes of points, it was the way they played.

“They fall down too much!” people screamed.

“We don’t even know which one is which!!” people whispered urgently in movie theatres.

Luckily for Vancouver, the Sedins were nestled in snugly behind the pinnacle of West Coast Express era. The Sedins didn’t have to be that great, they just had to provide some secondary scoring, which they did with 20 and 30+ point seasons in their first three seasons.

This incidentally is why 2003 is viewed bitterly by many Canucks fans. Vancouver’s road to the Cup seemed wide open, powered by the WCE line, and with the new wave of the future in a supporting role. Naslund, Bertuzzi, Morrison, Linden, Cooke, Jovo, Ohlund, Salo, the Sedins, and Pat Kavanagh?? How could they not go on a deep run?? 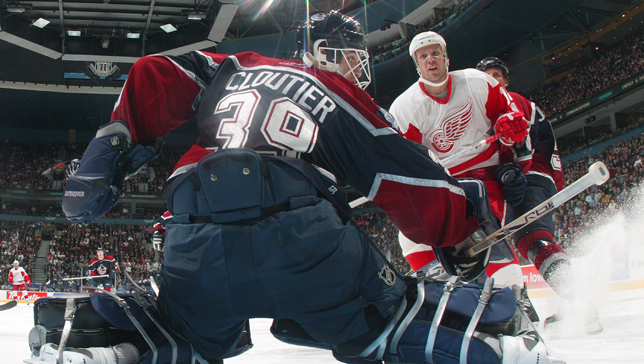 The point is, the Sedins didn’t inspire fans early on in the same way, say, the way Pavel Bure or Trevor Linden did when they first burst onto the scene. It was probably a combination of the Sedins slower, more methodical, cerebral playing style, combined with the heightened expectations everyone had during the Canucks’ rise to power. No longer content with a good promising young player putting up a modest amount of points, people wanted higher returns, and quickly, on any new player.

If you were watching the team back then, you’ll remember how mad some people got that the head coach at the time, Marc Crawford, kept giving the Sedins power play time. Arguments broke out about how they didn’t deserve it, to the point where some people wanted Daniel to be benched for a couple of games. Maybe that’s how you motivate Twins, by hurting the one they love the most?

Still, the Twins did what they always do. They didn’t complain. They didn’t lash out. They simply kept trying to learn how to be better players. They soaked in the quiet leadership of Naslund, and learned to never, ever give “We choked” speeches after a season ended. They learned not to punch your problems away from Bertuzzi. And they learned to appreciate their healthy heads of hair from Morrison.

In doing so, they ended up allowing the team to transition seamlessly from the WCE era, into the Sedin era. Yes, it was helped when crazy Uncle Mike Keenan gave Luongo to the Canucks, but the Sedins were one of the biggest parts of the team’s eventual run to the 2011 Cup Final. Now the 100-point seasons occurred. Now the individual trophies started appearing. The Sedins became top players in the league right before our very eyes. 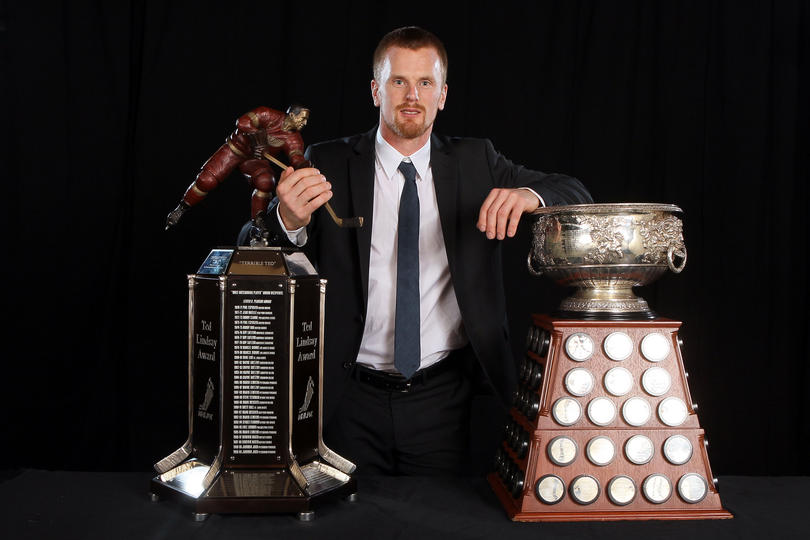 The ultimate validation, however, narrowly eluded them. The Canucks failed to win the Stanley Cup in 2011, and despite the 100+ point seasons, despite the Presidents’ Trophies (which are kind of junk, yes, but they do point out a regular season of domination), despite going all the way to Game 7 on a path littered with broken teammates behind them, the whispers began again.

“You can’t win with players like the Sedins.” people would say.

“They just don’t have what it takes.” others would knowingly tell people on the bus.

“I still don’t know which one is which!” people continued to whisper in theatres.

Despite being some of the toughest players in the league (watch how many cross-checks they get in a game), the fact they didn’t dish out physical punishment made them lesser players in the eyes of some. It didn’t matter how many injuries they played through, the perception was that they could easily get bullied on the ice.

And the whispers got louder as the Canucks continued their fall from grace. Two straight seasons of first round exits, with just one win to show for it. A missed playoffs the next year, topped off by watching Sportsnet’s odd fascination over 18-year-old Sam Bennett and co. as the Flames took them out in round one, the year after.

Which brings us to this year, and Daniel Sedin. Daniel, of course, is known as the “scoring” Sedin. That’s how we told them apart when they first arrived. Daniel liked scoring, and Henrik wore an eye patch and pretended he was a pirate.

Oddly enough, this retaliatory elbow from Duncan Keith happened because earlier on the shift, Daniel played Keith tough in the corner and landed a questionable hit. The Sedins finally start playing rougher, and it ended with Daniel being out with a concussion. Alanis Morissette sang a ballad about it.

And it honestly did seem like that hit changed Daniel’s career. He came back for the playoffs, but it was with a wink wink, nudge nudge “I’m recovered!” that always seems to happen in the postseason.

And yes, part of it can be explained by age, as eventually everyone starts slowing down. But for players who never earned their chances with speed, it was the fact that when Daniel did get his good looks at the net, the puck simply wasn’t going where he wanted it to. He seemed to struggle putting the puck high in the net, and was missing on chances he used to bury.

Which brings us to this season. Daniel Sedin currently has 13 goals. He got his latest goal last night, right after the Rangers tied the game up a penalty shot in the third period. Not even a minute had passed before Daniel calmly re-directed a puck into the net to take back the lead.

He is on pace for 35 goals. Yes, it might not happen, but the fact Daniel is playing so well this year, with a supporting cast that hasn’t been this thin in a while, speaks volumes about the types of players the Sedins are.

And it’s not just the goals that Daniel is getting. It’s the way he’s playing. Everyone remembers Brad Marchand punching Daniel in the 2011 playoffs (I refuse to link to it). That was the height of the self-hating Canucks fans movement in 2012, wondering why there was no response from Daniel.

Well, Daniel might not be throwing out huge hits this year, but he certainly looks like he doesn’t give a….you know what anymore. Both Daniel and Henrik are getting dirty in the scrums. Daniel seems to relish in it, as he is now the guy handing out a bit of a face wash, or grabbing guys the minute he thinks a scrum is going to break out.

If you watch games this year, gone are the polite Sedins who will apologize for someone cross-checking them in the back. Instead, the Sedins look like Danny Glover in Lethal Weapon, where they’re too old for this s***, and they grimly set about getting things done.

In truth, this article could have been about Henrik as well, but he gets enough press. Daniel’s battle back from his goal scoring woes sets him apart from Henrik this year, in my humblest of opinions. Often lost in the shadow of his brother, Daniel is proving that age is just a number, and that despite what you think of their playing style, you will never see players like them again in Vancouver.

Enjoy these last few years with the Sedins, Vancouver. I know I will.