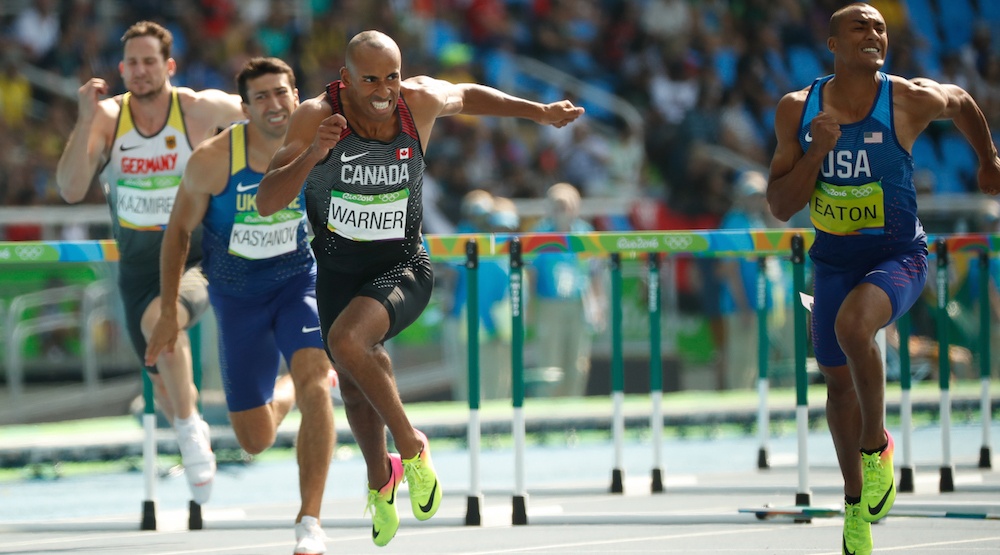 Damian Warner fended off Kai Kazmirek of Germany in the 1500-metre race and has won the bronze medal for Canada in men’s decathlon.

Warner had a 44-point lead over Kazmirek heading into the final race and widened the gap with his 1500-metre performance. The London, Ontario product finished the competition with 8666 points.

Ashton Eaton of the United States, the husband of Canadian bronze medallist Brianne Theisen-Eaton, won gold for the second consecutive Olympics with 8893 points.

“It feels awesome,” said Warner. “I came here with mindset of gold but there are a lot of tough competitors out there in decathlon. I am proud of myself. I feel like the luckiest athlete in the world. I would not be here without my coaches, family and friends. They made me who I am, an Olympic bronze medallist.”

The decathlon is a grueling two-day, 10-event competition that crowns the ‘greatest athlete in the world’.

Damian Warner and Ashton Eaton. The other Olympic bromance. https://t.co/FRhMaOgBtH

Warner’s performance in the pole vault was disappointing, and a turning point, as it moved Mayer ahead of him into second place.

But still, this is a tremendous accomplishment for Warner, in his second Olympics. He has won the first medal for Canada in decathlon since Dave Steen in 1988.

The medal is Canada’s third of the day in Rio, with Andre De Grasse still left to race.