A new kind of imbiber has emerged in the past few years: The whisky/whiskey collector. Once just a spirit on which to sip, now with the beautifully-aged contents of casks being bottled, there is a whole new market for high-quality whisky.

Vancouver is a bountiful market for rare whiskies, and in recent years the city has seen several high-profile release events for bottles that cost thousands, or tens of thousands of dollars–with buyers lining up for a chance to purchase the prized bottles.

Right now on offer at the British Columbia Liquor Store on Cambie and in Richmond are 11 rare bottles of whisky from the Dalmore Constellation collection–a selection that represents casks that date back to the 1970s and 80s. The bottles retail from $7,000 to $35,000, and each come in a hand-blown engraved crystal decanter.

Jonathan Driver, Rare Whisky Director at Whyte & Mackay, Dalmore‘s owners, tells Vancity Buzz that a watershed moment in his nearly 30-year career in whiskey was in 2011, when a 1962 Dalmore whisky set a record when it sold for £120,000 (that’s roughly $250,000 CDN at today’s conversion). That particular whisky even merited a mention in the film The Kingsman, adds Driver.

“Whisky’s always been for drinking,” Driver laughs.  “Even single malt–you drank them, that’s what you did with them.”

Then things started changing. “In the 2000s people began to get really interested in collecting,” elaborates Driver. “They find something new, and then they really latch onto it.” 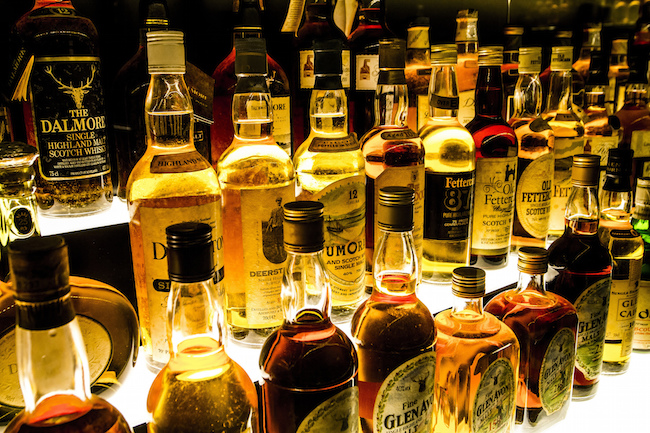 Part of what makes acquiring rare whiskies so alluring is that the market is limited. “The inherent nature of whisky is that we never really put large amounts to one side,” explains Driver. As distilleries close down over the years, there are fewer that are actively left in business and bottling what’s coming out of the few casks that were set aside in past decades.

At Dalmore, attests Driver, the batches that were set aside were part of what he calls an “exercise,” in the maturation process, and how the kinds of casks can affect the taste overall. Not necessarily meant for collecting–remember, it wasn’t a thing 40, 30, even 20 years ago–these casks were set aside “as reference points for whiskey-making,” says Driver.

The “exercise” involves putting some runs of the whiskey being set aside into European sherry oak casks, some in French wine oak, or some in U.S. bourbon oak–what Driver calls “a huge rainbow of different styles of cask.” Since Dalmore specializes in doing secondary or tertiary cask aging (moving the whisky into a second or even third cask for additional phases of aging), the distillery is able to appreciate what time and the characteristics of the casks do to their product.

No matter the taste, assures Driver, the product is good, because modern distillers–using time-honoured and change-free methods–are all making excellent whiskies these days.

“What you’ve got is the difference between great and good,” says Driver. “This is part of the magic that surrounds all brown spirits that are made. At this stage of the game, almost nobody in our industry makes bad whiskey.”

Though, of course, no two whiskies are alike, even if the whisky is going into identical casks. Even something like where in the warehouse a cask is stored creates a taste difference. “The variables are breathtaking,” he adds, which is in part what fuels the collector and enthusiast market: These whiskies just aren’t going to be made again. 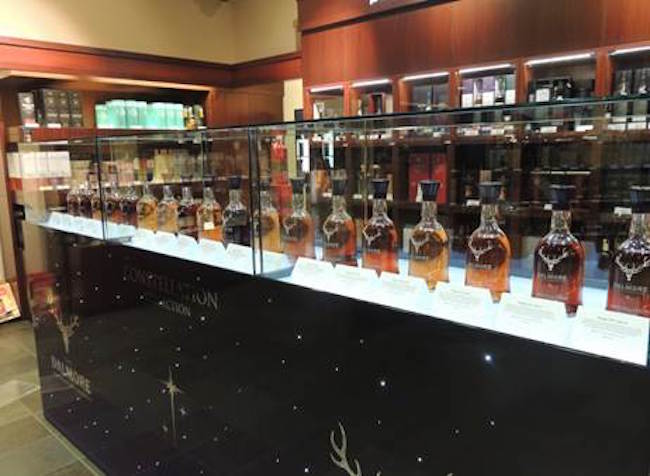 When it comes to the Dalmore Constellation line that has a few bottles for sale right now in Vancouver, these are some of the vestiges of the testing range that came to its hard finish and were bottled in 2012. Among Driver’s favourites are the 1972 and the 1973 casks, of which a bottle each are available in Vancouver.

Vancouver happens to be an ideal bubbling up spot for budding whisky lovers and high-end collectors, since the city counts among its population those with an appreciation of excellent food and drink who also have the money to spend. We’re also home to a few outstanding bars with top-notch whisky/whiskey programs. The Irish Heather recently earned distinction as one of the world’s best whiskey bars, and you can head to the bar at Prohibition at the Rosewood Hotel Georgia to find a rare 50-year-old Glenfiddich that sold last year for $36,000.

There’s a tremendous social aspect to collecting, too, points out Driver. Enthusiasts gather to sip and discuss a new acquisition (or you can make new friends camping out in the line for a special release). Whether for gifts, for immediate pouring, or for stashing away for a few more years, collectors are definitely in the market.

Ultimately, though, says Driver, the best way to get to know these rare Dalmore whiskies is to get them in your glass.

“We didn’t ever make it for investment, we made it to be drunk,” he says.

The 11 rare bottles of Dalmore Constellation whiskies are available at the B.C. Liquor stores at 39th Ave & Cambie Street in Vancouver and 8100 Ackroyd Road in Richmond.

Editor’s note: This story has been edited to include the correct spelling for whisky in Scotland and Canada.