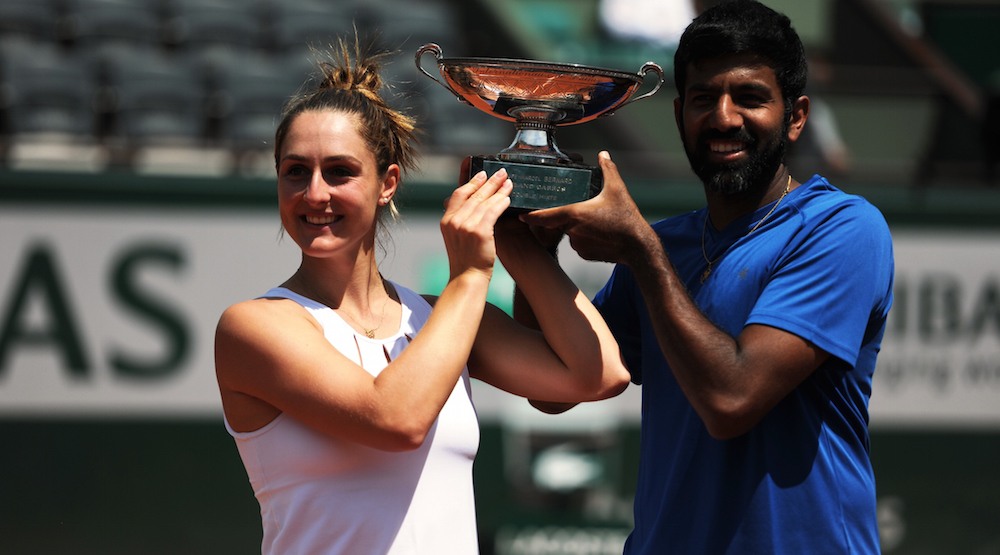 History was made on Thursday.

For the first time, a Canadian woman has been crowned champion at a Grand Slam tennis tournament, as Ottawa’s Gabriela Dabrowski has won the mixed doubles title at the French Open.

Dabrowski along with partner Rohan Bopanna of India defeated Germany’s Anna-Lena Gronefeld and Robert Farah of Colombia in an epic three-set final, needing 22 points to decide the third set in a tiebreaker (2-6, 6-2, 12-10). Not only did they come back after dropping the first set, but they saved two match points in the tiebreaker.

Dabrowski and Bopanna, who were the seventh-ranked team heading into the tournament, advanced to the final without dropping a set.