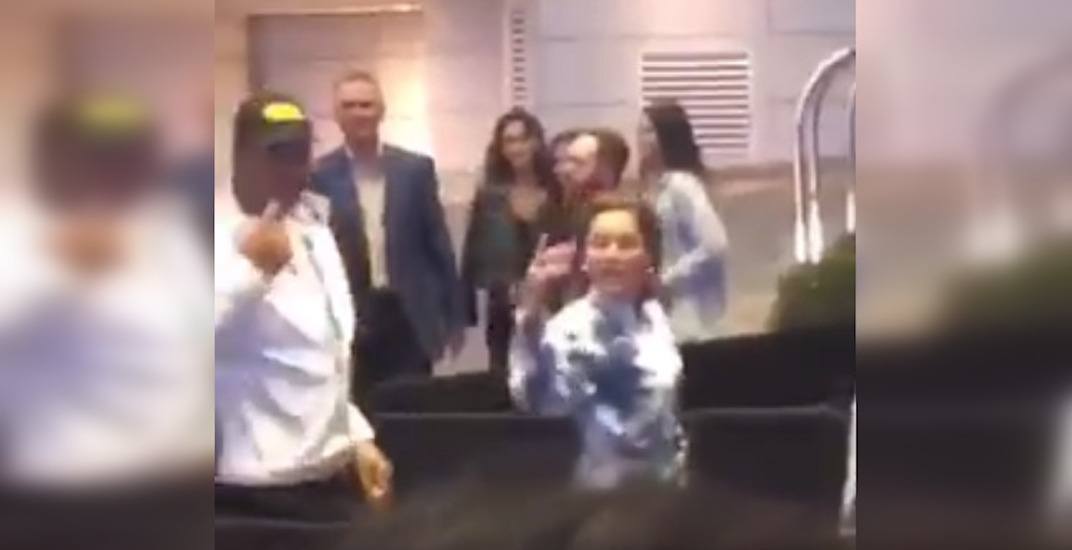 What a difference a couple of weeks makes.

To start the NBA Finals, Toronto Raptors fans were viewed as passionate, but polite.

“The Canadian fans are so nice that even when they’re harassing us, they do it in a very polite manner,” said Golden State Warriors head coach Steve Kerr.

“It was the nicest heckle ever,” said Warriors star Klay Thompson, describing another encounter with a Raptors fan.

Well, the narrative has changed.

Raptors fans have come under fire for cheering the moment they realized Kevin Durant suffered an injury in Game 5. Then, a Warriors fan was sucker-punched in the streets of Toronto following the game.

And now, a new video shows the parents of Steph Curry getting heckled by fans waiting outside of their hotel. Some curse words can be heard in the video below, directed at Dell and Sonya Curry (mostly Sonya, by the sounds of it).

Raptors fans heckling and swearing at Stephen Curry’s mom outside their hotel pic.twitter.com/lAJi5380GA

The video, which was posted on Tuesday, appears to have been taken following Game 5 of the NBA Finals in Toronto.

Raptors fans have begun trying to make amends for the people that cheered Durant’s injury – which turned out to be a ruptured Achilles tendon. A Raptors fan has started a fundraiser on GoFundMe, raising money for Durant’s charity. To date, over $15,000 has been raised from the campaign, with fans donating up to $200 to the Kevin Durant Charity Foundation.