Captain James Cook’s arrival on Nootka Island, home of the Nuu-chah-nulth nation, in 1778 marked the first known visit by westerners to Yuquot, a minuscule and charming outpost in the Pacific northwest that has played a big role in history.

On Nootka Island, though, they came and then, 17 years later, they left. A dispute over whether Britain or Spain could claim ownership of the territory was resolved in 1795 when both sides agreed to a mutual abandonment of the land that is 90 kilometres north of Tofino on Vancouver Island. While the Europeans came and went, the Nuu-chah-nulth maintained residence on the island, their home for more than four millennia. Now, visitors arrive from around the world with a different intent than the Brits and Spaniards of centuries past. They come seeking knowledge of the land, the history as it relates to Cook and the culture of the Nuu-chah-nulth.

As in Cook’s day, Yuquot is inaccessible by road. Today’s explorers have the option of arriving by float plane or, as Cook did, by water. And as elder Ray Williams points out, “More and more tourists are arriving here.”

Williams is a member of the Mowachaht/Muchalaht band, which is part of the Nuu-chah-nulth First Nation. He and his community are featured in a three-part series focused on the culture of the Nuu-chah-nulth people that presents a microcosm of life in Aboriginal communities across British Columbia. Produced by Aboriginal Tourism BC, the episodes feature two of Canada’s leading indigenous celebrities — actor Duane Howard, who starred alongside Leonardo DiCaprio in the Oscar-winning 2015 hit movie The Revenant, and Rich Francis, a finalist on Top Chef Canada, the Food Network reality-TV show.

The series was created to raise awareness of Aboriginal culture and experiences in the province. While reaching Yuquot, which is also called Friendly Cove, can be a complicated and time-consuming journey, there are many other experiences travellers can enjoy that immerse them in the living cultures of British Columbia’s First Nations.

Here are just three tour operators who will connect you with the land, sea, and history of the Coastal Peoples in a way no non-Aboriginal enterprise ever could.

Located north of Yuquot in the community of Kyuquot on Spring Island, West Coast Expeditions offers exceptional kayaking tours with accommodations packages that last between four and eight days.

The owners are experienced guides who are part of the Kyuquot (Ka:’yu:’k’t’h’) and Checleset (Che:k:tles7et’h’) First Nations communities. They lead their guests through waters where the array of fascinating species that can be spotted include orcas, humpback whales, sea otters, bald eagles, black bears, and more. As well, Aboriginal cultural interactions include a traditional salmon feast around an open fire and tours of historic sites on Spring Island and elsewhere. 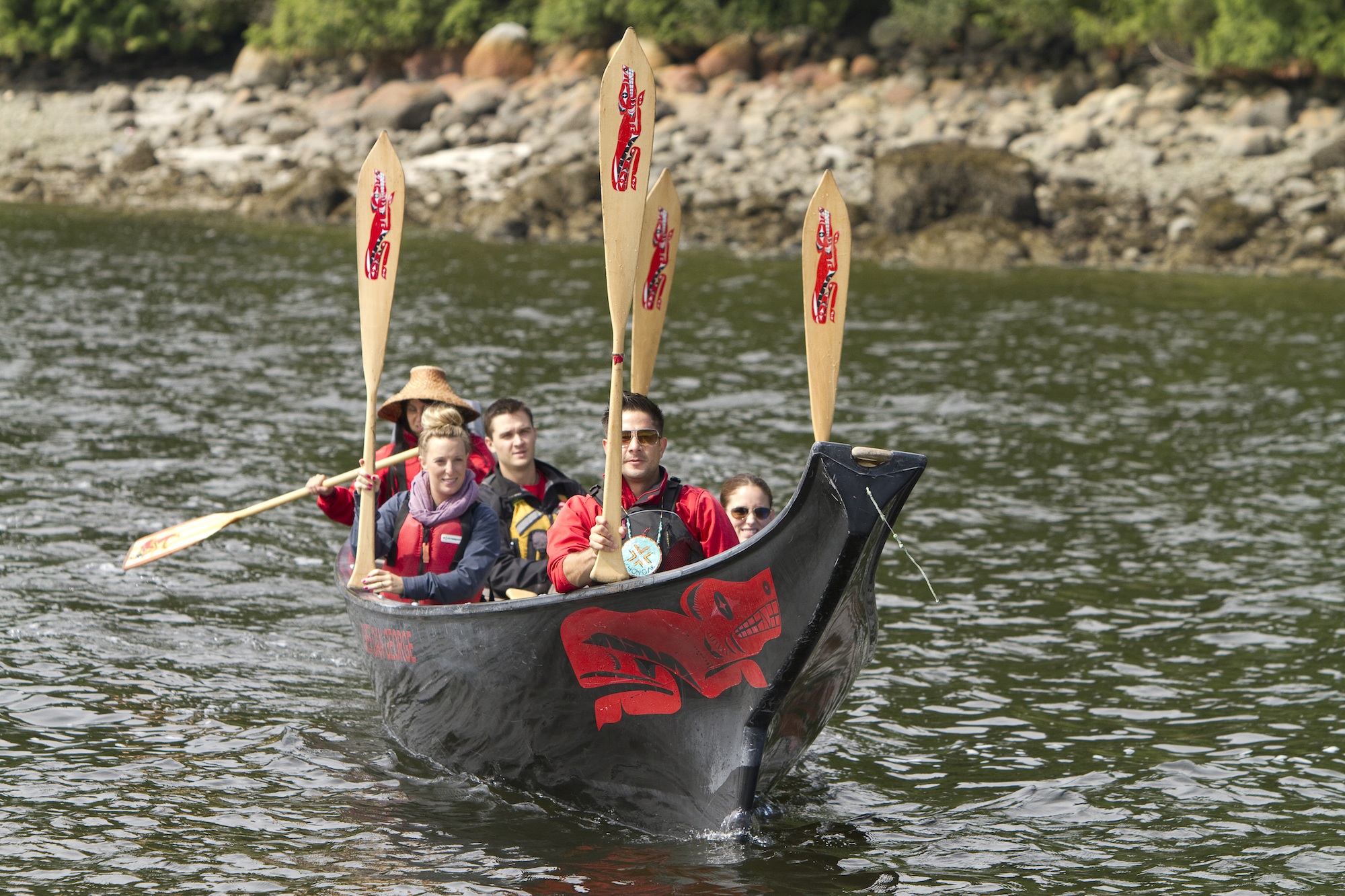 Based in North Vancouver, Takaya Tours is owned and operated by the Tsleil-Waututh Nation, and provides group tours in traditional ocean-going canoes, as well as interpretive rainforest hikes and other excursions.

Not only will you experience the unique thrill of paddling in a massive canoe with about a dozen other travellers, you’ll venture into the rainforests surrounding Vancouver and the Sea-to-Sky Corridor, an area that has been the traditional home of Coast Salish people like the Tsleil-Waututh Nation. Takaya’s guides share details of their culture, understanding of the region and distinct way of life. 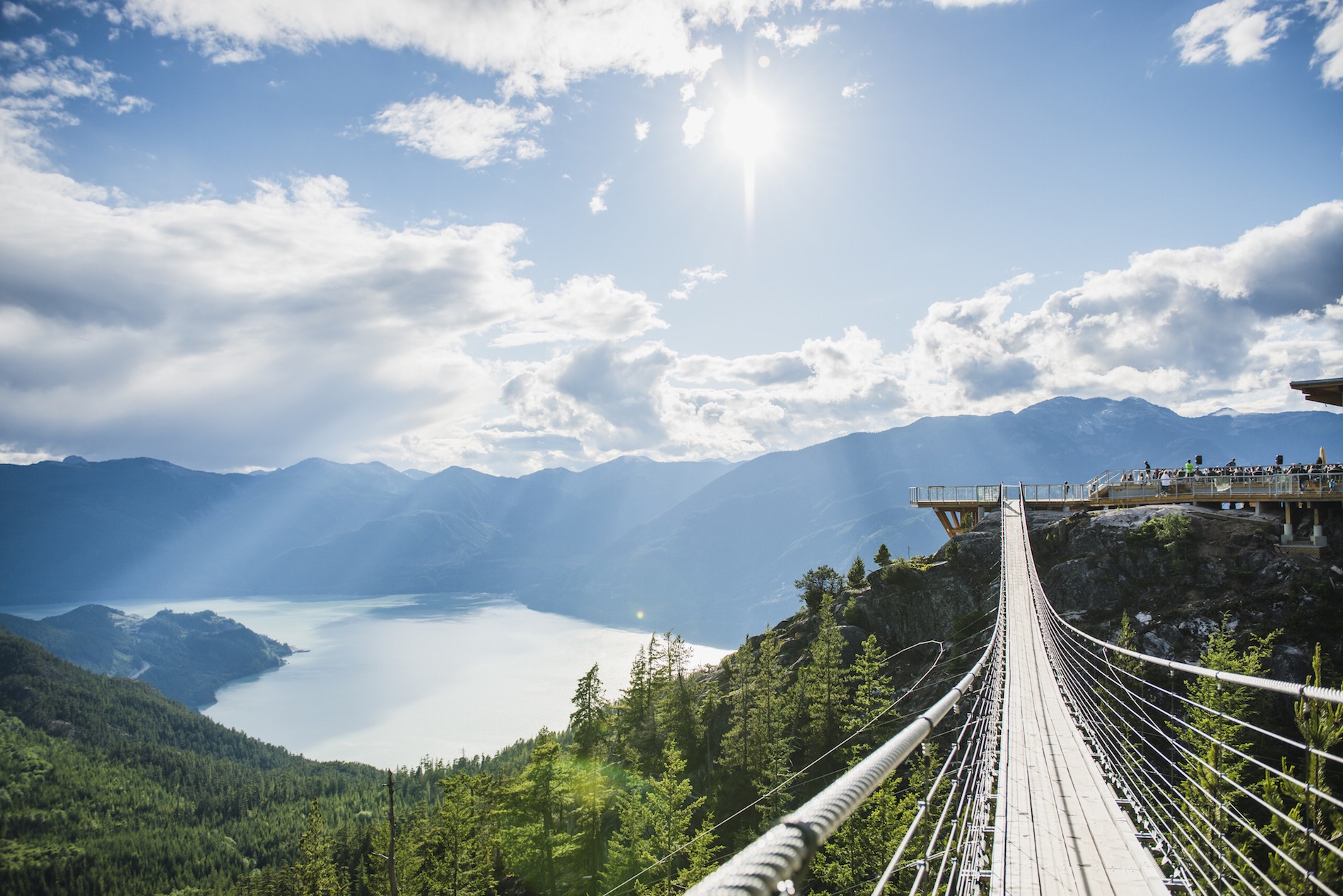 Knowledge keeper Candace Campo, whose ancestral name is xets’emits’a (meaning “to always be there”), is an anthropologist and educator dedicated to preserving the culture of the Shíshálh First Nation and the territory its members occupy.

A kayak guide, Campo leads her clients through educational tours of Vancouver, North Vancouver, and the Sunshine Coast, a peninsula northwest of the city accessible by ferry. Among the highlights is a three-hour “Full Moon Paddle” that leads kayakers from Vancouver, around Stanley Park, and then to the beaches on the North Shore.

Other attractions include interpretive hikes of the forest in Stanley Park. Among them is a “Talking Trees Tour” that details legends of some of the oldest, most majestic trees in BC’s Lower Mainland. Talaysay is also launching interpretive hiking tours at the summit of the popular Sea to Sky Gondola attraction in Squamish this year.