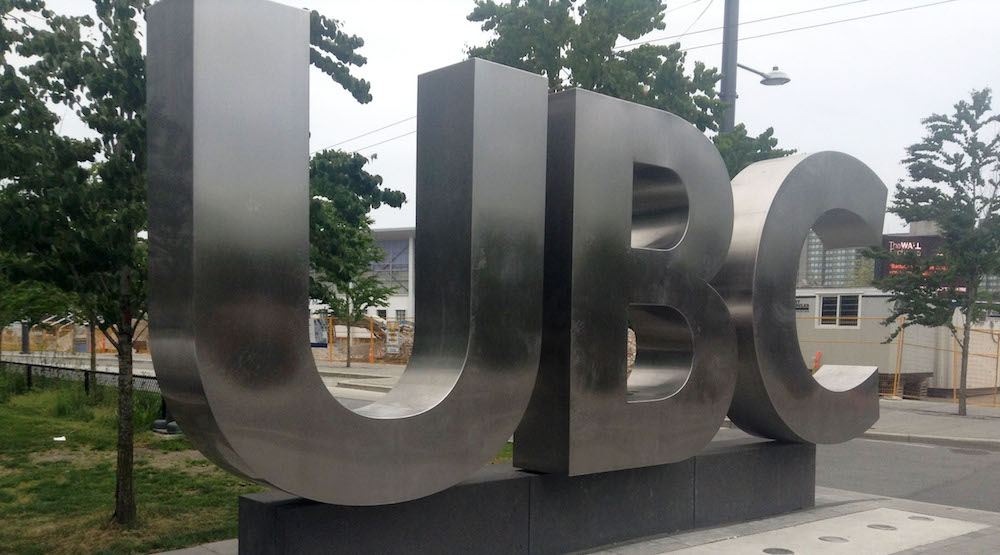 “Culture is not a costume. It’s a matter of respect.”

That is the message UBC wants to get out before the weekend’s Halloween festivities.

The university’s Equity and Inclusion office posted several bulletins on its social media channels to encourage students to be mindful about their costume choices.

“Let’s keep people’s culture and race out of the costume. Take care not to wear blatantly and unabashedly racist and or sexist costumes. It’s a matter of respect,” Equity and Inclusion said in an online statement.

Dressing up for Halloween? Consider this – Culture is not a costume. It’s a matter or respect https://t.co/4hGL6FOljI #UBC #Halloween pic.twitter.com/UaWbor5hcm

UBC’s Associate Vice President of Equity and Inclusion, Dr. Sara-Jane Finlay, tells Daily Hive that the costume notice was sent because the “university is committed to the values of equity, diversity, inclusion, and respect (…) for individuals’ cultures and the diversity of cultures within the (university community).”

“It’s a reminder to people that they should be careful about the kinds of appropriation that they might be undertaking when they have a particular stereotyped costume,” she said.

What is cultural appropriation?

Last year, UBC published an online notice to students and staff about cultural appropriation at Halloween.

“Cultural appropriation means taking elements of other people’s cultural symbols and using them in a way that is disrespectful,” said Dr. Mona Gleason in the notice.

“When we see, for example, kids or adults dressing up in First Nations costumes with feathers in their hair or tomahawks, those are not only cultural appropriations, they’re also bordering on racist and inaccurate depictions.” 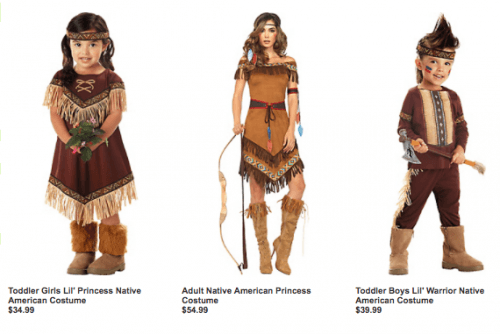 With universities working to create a diverse and respectful environment for all people, Gleason says that wearing these “often racist and often very hurtful stereotypical costumes (and) thinking it’s just all in the spirit of having a good time (..) can undo a lot of the good work that’s been done in schools or other educational outlets.”

UBC is not the only school sending out notices about students being respectful with their costume choices. 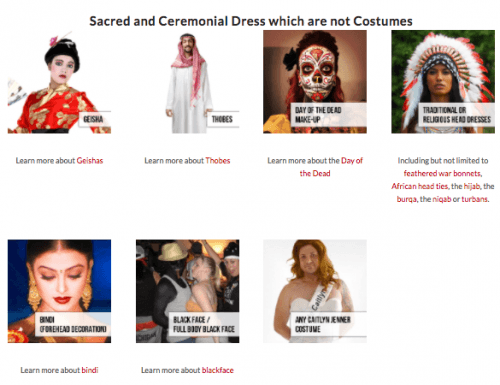 “Vetting Halloween costumes isn’t a matter of telling people what to wear. It’s a matter of paying respect to the stories and experiences of marginalized groups who are depicted in these costumes: their culture, history and lives should never be desecrated, but understood and celebrated,” said Brock University Students’ Union on their website.

What counts as crossing the line?

“If you’re not sure if a costume is offensive, don’t wear it. And don’t be disingenuous about particular things in history,” said Gleason.

“Use common sense. Don’t fall into that trap of thinking that Halloween is a time when all the rules of respective social interaction go out the window.”

Brock University Students’ Union posted an infographic on their website to help students understand what counts as offensive.

For Finlay, it’s about taking a minute to think and reflect before choosing a costume.

“I think it’s really a matter of thinking twice about the choices you are making and being sure you are not parodying or stereotyping a particular culture.”