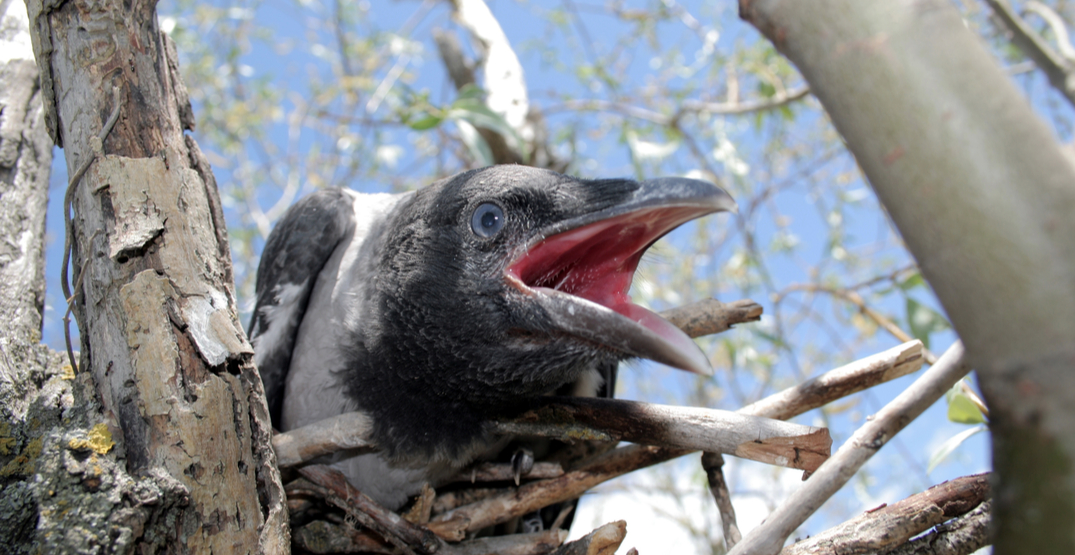 You know the feeling. You’re walking down the street minding your own business when a cawing monster with wings swoops down to attack.

Crows have gotten such a bad reputation for their terrifying dive-bombing skills that spring and summer are designated as crow attack season in Vancouver.

However, there is more behind their actions than you may know.

“Crows are smart, that’s why we love them so much. We just want to respect crows from a distance and they will respect us too,” said Dr. Sara Dubois, BC SPCA Chief Scientific Officer in an interview Daily Hive.

Whether or not you’re willing to warm up to the beasts that rule Vancouver’s skies, here are five things to know about crows and nesting season.

They don’t really want to hurt you… kind of 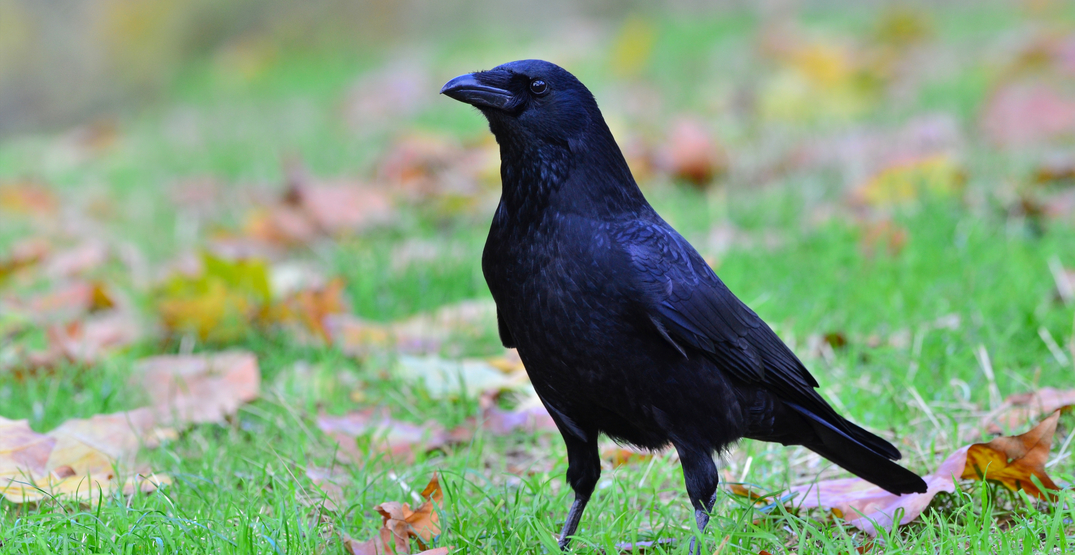 It is the duty of any parent to make sure their children are safe and protect them if they feel threatened.  Crows face predators too, and it’s their job to protect their families.

“They are not out to harm you, they are there to protect themselves and their young. Some people feel they are being targeted specifically by these crows, but they are just defending themselves and that’s what any wild family would do when they feel threatened,” Dubois said.

They want to teach their kids the ropes

Trees in the city have become prime real estate for nesting crows. The young crows get a chance to stretch their wings and practice. Just like parents teaching their kids to ride bikes this summer, crow parents are trying to teach their babies how to survive.

However, the young birds can be so big that most people don’t realize they might be chasing away a baby crow and not a fully grown adult.

“They can actually be the size of the parents, but there are some distinguishing features,” Dubois said. “Their eyes are blue and their mouths are really bright red and big so they would gape and open their mouth to talk and beg for food from their parents.”

Most young crows spend a week on the ground before they have strengthened their muscles enough to fly. Crow parents will still come down to feed their babies and will be on high alert.

“The babies will come onto the ground when they are starting to practice how to fly and the parents are protecting the babies. That’s when you have to keep an eye out because they are most vulnerable at this time, perching on low branches causing parents to be extra on guard,” said Dubois.

They never forget a face 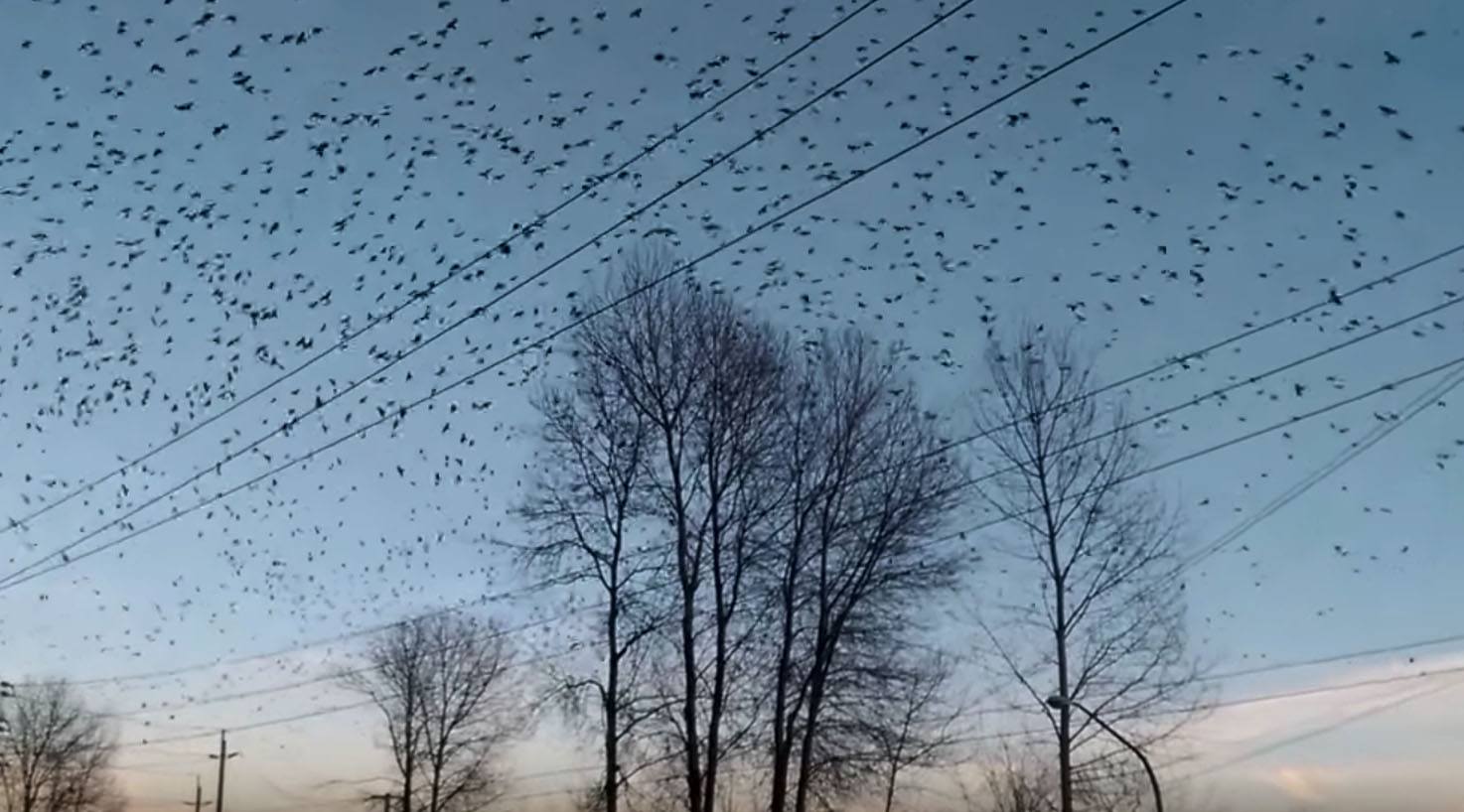 Crows are one of the bird species that have the ability to recognize faces year after year, even generation to generation. Dubois said if you have had a negative encounter with a crow, “it’s going to remember you and it’s going to tell its kids that you were not nice to it as well.”

Summer is when the heavy nesting really happens 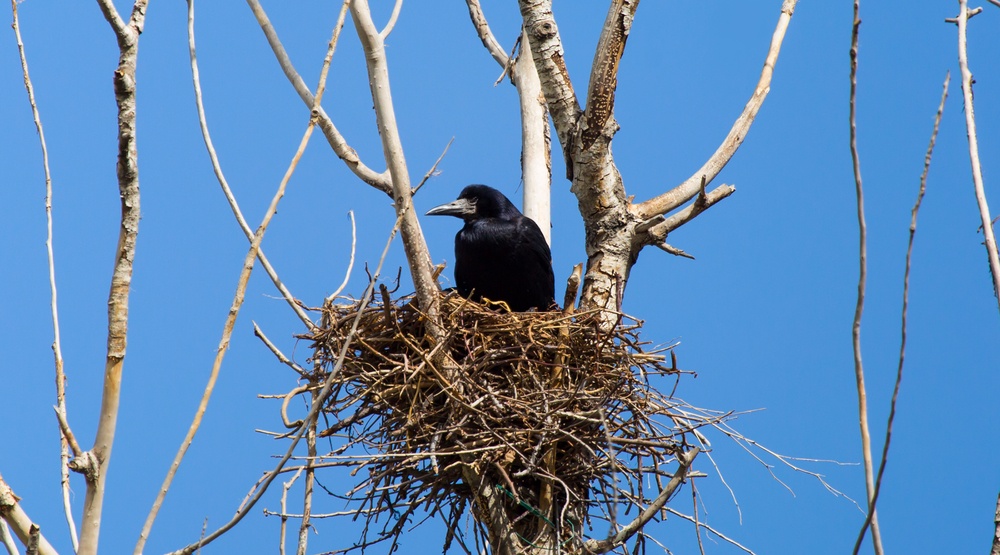 While it is still early in the nesting season and the babies are not out and about just yet, crow attacks may not pick up until later in the summer. Dubois said the full scale of attacks probably won’t come until around June or July.

There are other factors that go into an active crow bombing season, including if they have to rebuild a nest or if they have more babies.

“Some crows can have two sets of babies depending on how active and successful they are,” Dubois added.

They have a purpose

Crows contribute to the balance of nature. Dubois said crows are important contributors to the environment as they play vital an ecological role.

“They are not going to go away,” said Dubois. “They live here and the best part is that we can adapt in a beautiful place like Vancouver. People want to live here because of it’s beauty and nature and part of that is learning to live with wildlife and urban wildlife learn to live with us.”