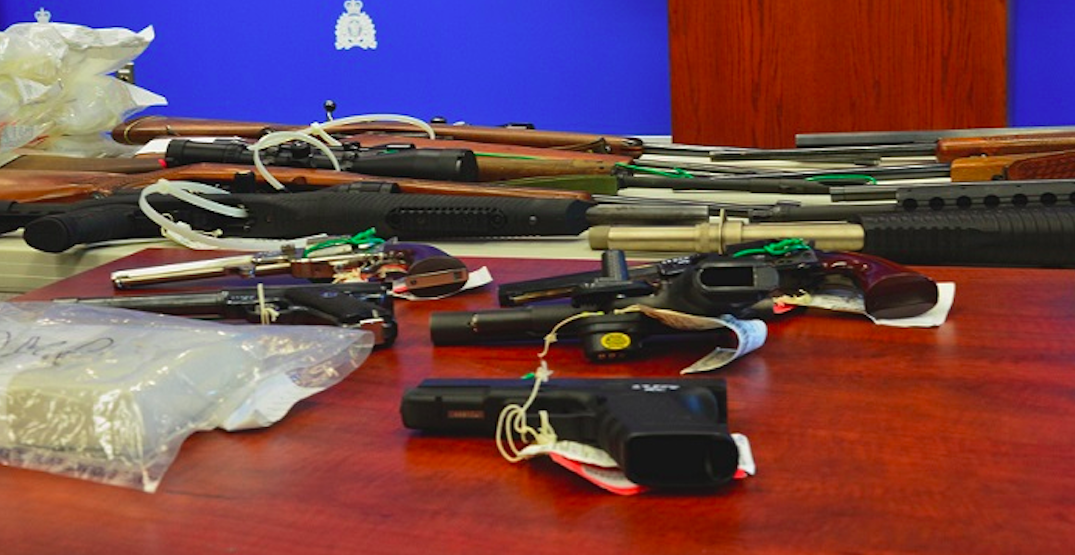 A Vancouver Island man is facing a total of 11 charges in connection with the importation and trafficking of illegal narcotics, after a joint investigation by the RCMP, US Immigration and Customs Enforcement’s Homeland Security Investigations (HSI), US Customs and Border Protection, the US Coast Guard, and Victoria City Police.

The investigation took place as apart of cooperative approach between law enforcement agencies on bot sides of the border known as Shiprider.

Saanich resident William Milton Barn is alleged to have imported and trafficked cocaine, crystal methamphetamine, and heroin from the United States in a scheme that involved transactions by boat in BC and Washington waters.

“As part of our investigation we were able to… identify and arrest those that were responsible,” said Chief Supt. Keith Finn, Deputy Criminal Operations Officer, Federal Policing.

In total, officials seized  over 55 kg. of cocaine, over 47 kg. of crystal methamphetamine, over a kg. of heroin, 15 firearms – including five handguns, over $150,000 in cash and two high-speed vessels. 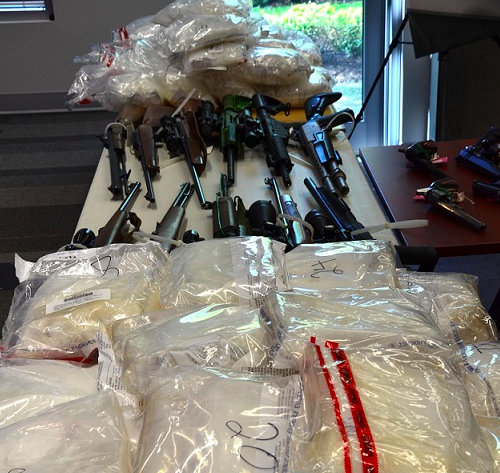 Some of the items seized in the bust. (RCMP)

“Collaboration is the foundation of the Shiprider program, and this investigation is testament to that,” said HSI Seattle Special Agent in Charge Brad Bench. “The teamwork exhibited by Shiprider’s US and Canadian law enforcement partners ensures that our borders don’t serve as conduits for smuggling and trafficking activities.”

“Maritime security is vital to the United States and Canada,” said Lt. Cmdr. Blair Sweigart, chief of enforcement for US Coast Guard Sector Puget Sound.  “With our shared maritime border, strong cooperation and coordination is imperative to maintaining national security.”

The Shiprider program, he added,”represents a unique partnership that helps create a more secure maritime environment for both nations, and strengthens our mutually beneficial relationship.”