Half croissant, half doughnut, all ooey gooey deliciousness, introducing the cronut. A craze that has taken over New York and has many Vancouverites wondering who will be first to serve up the cronut in Vancouver.

This new food craze (three weeks old) has the people of  Manhattan lining up for hours at the Dominique Ansel Bakery  just to get a chance at chowing down on the croissant-donut hybrid created by chef Dominque Ansel.

Nearly 100 people formulate a line outside the bakery every morning, some arriving as early as 6 a.m., two hours before the SoHo bakery. This is reminiscent of the long lineups in Surrey when Krispy Kreme first opened up. 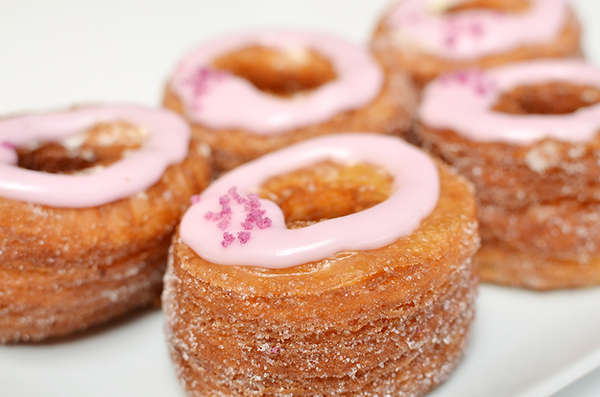 Lining up early doesn’t even guarantee you a cronut as some leave empty handed.  Only 200 to 250 Cronuts are made every morning,  a process which takes three days to complete, and with in an hour they are gone.

Chef Ansel, won’t give up his recipe, however, that hasn’t stopped the copycats.

So who in Vancouver could attempt to mimic this? Well frontrunners would have to be either Cartems Donuterie or Lucky’s Doughnuts.