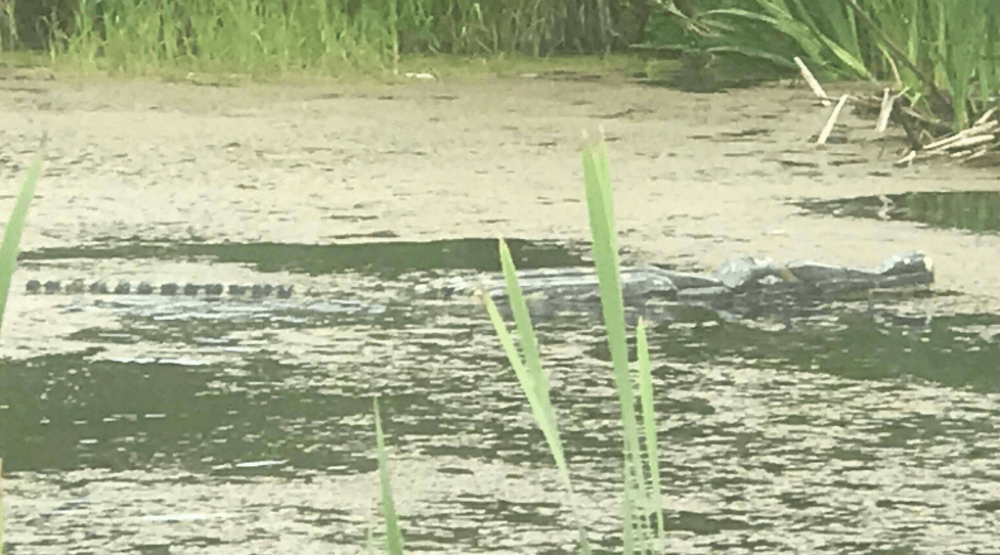 Surrey RCMP have been receiving calls about what looks like a crocodile swimming in a marsh off Highway 17 and 104 Avenue.

Ok, we know it’s pretty unlikely that a crocodile would inhabit any part of BC, let alone Canada. But people are pretty convinced that a long scaly creature has been taking a dip in Surrey.

On Monday, Surrey RCMP tweeted a picture of the so-called “Croc,” and revealed that what people have been seeing is actually a commercial truck tire.

Another croc sighting called in this weekend in the marsh off of Hwy 17 & 104 Ave. It sure looks like one, but it’s commercial truck tire! pic.twitter.com/Gspwtz409f

According to another tweet, Surrey RCMP says that they got called to the same area a few weeks ago, but they believe that tire has just been floating along the marsh.

We got called to the same area a couple of weeks ago, must be the same tire but it has moved a bit apparently!

No need to panic, people. Also, before you call Surrey RCMP to report another croc sighting, remember that it’s probably just another tire.