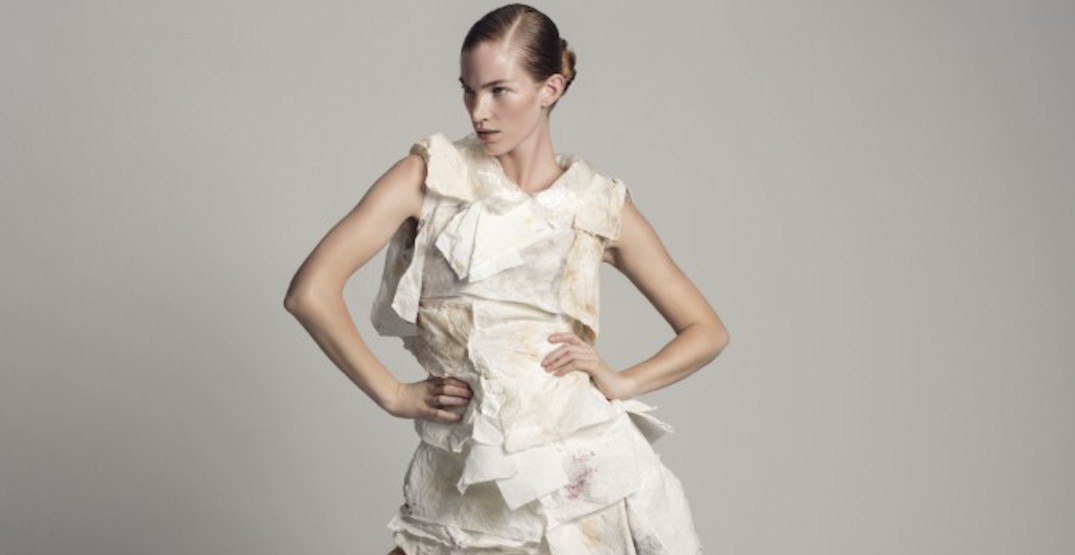 Metro Vancouver Crime Stoppers has launched an “edgy” advertising campaign aimed at the girlfriends and partners of gangsters.

The campaign — titled “I Stashed my Boyfriend’s Gun” (ISMBG) — will appear as ads for a new “fashion brand” that is anything but couture.

This brand is all about the makeshift clothing gangster girlfriends could be wearing if they end up in prison for hiding their boyfriend’s gun or gang involvement.

The ads were created in partnership with the creative talents of DDB Canada and highlight how prison is definitely not a fun place for fashionistas.

For instance, instead of designer brands, you could be sporting a lightweight dress made of dirty paper towels. 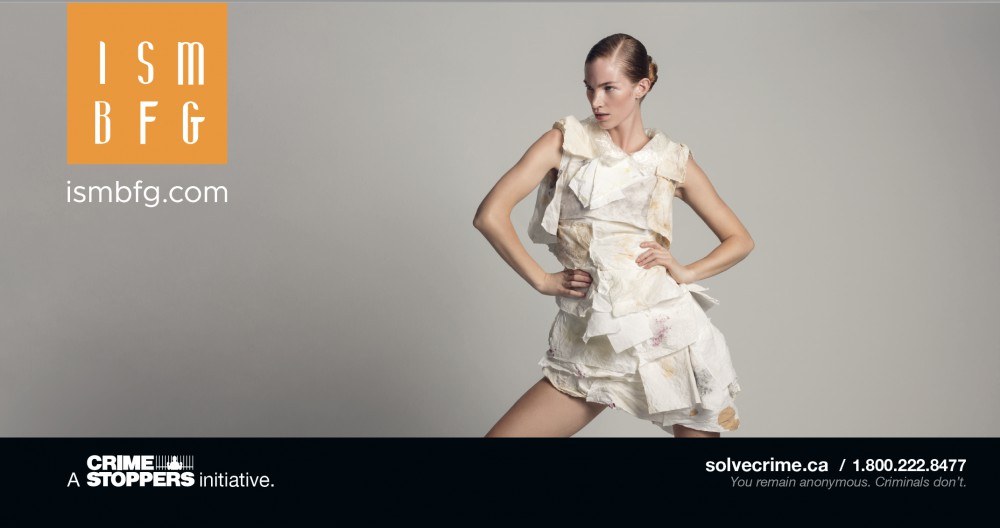 Forget about Gucci slides. In prison, you’ll have to make do with a pair crafted out of dirty sponges and duct tape. 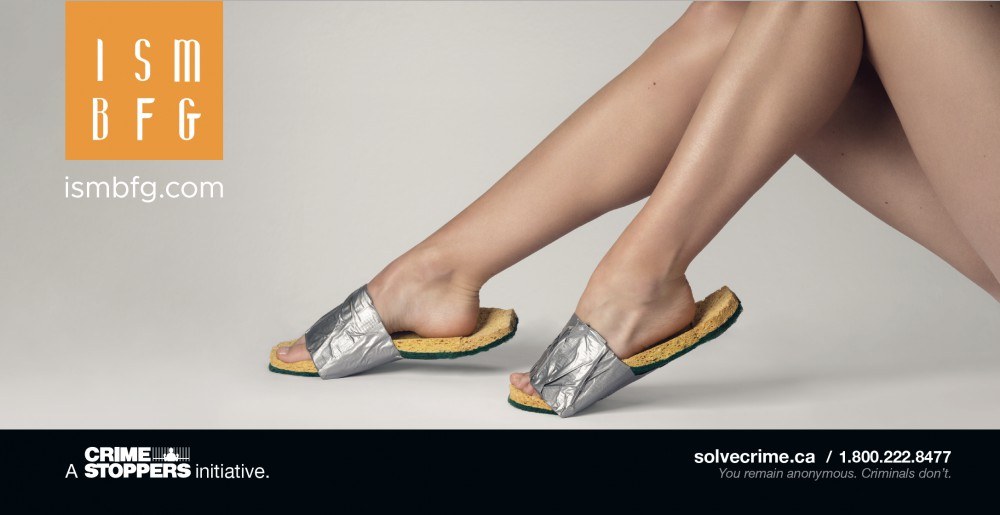 Looking to spruce up that hairdo? When you’re locked up, this rubber glove and fork clip will make everything stay in place. 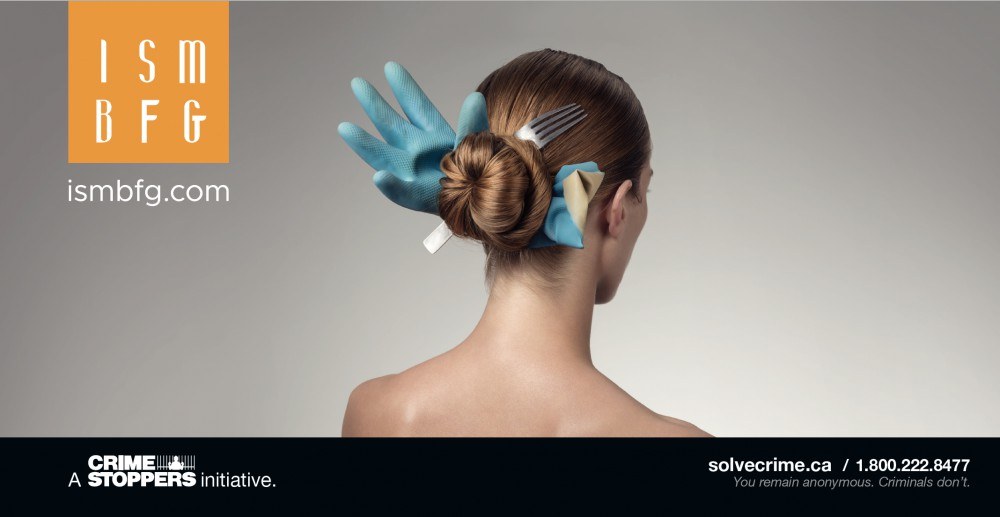 Forget about cute earrings. Instead, you’ll be left to wear dirty toothbrushes used to scrub inmates toilets. Not fun, or cute. 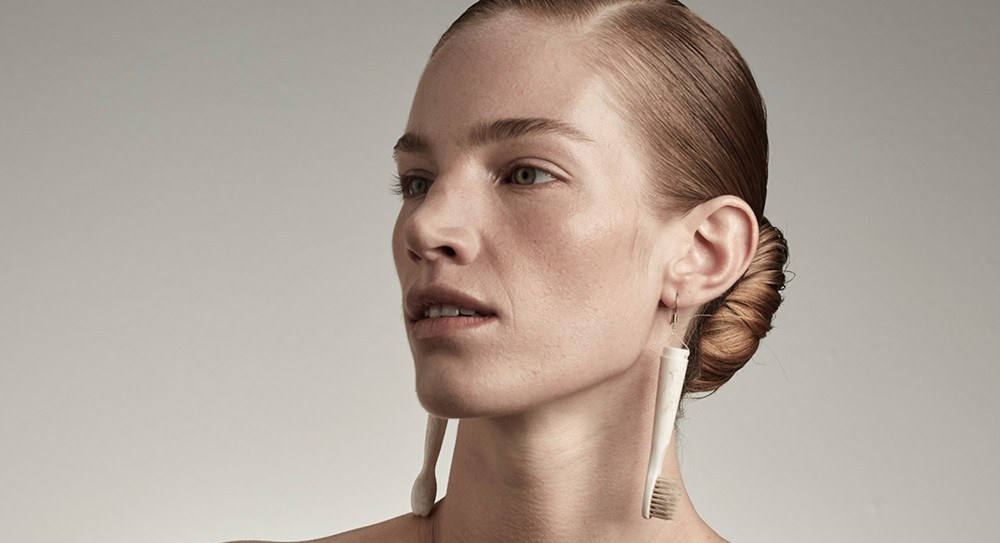 The ads will soon appear on approximately 500 billboards and transit shelters. Additionally, the ads will appear on social media, and in restaurants, bars, gyms, and malls.

The ads appearing online leads individuals to the clothing line’s website, which is actually a direct appeal encouraging anyone who knows women involved with gang members –especially if they are in danger — to contact Crime Stoppers.

The webpage also includes information about how to report gang activity anonymously through Crime Stoppers.

The ads were created in partnership with the creative talents of DDB Canada.

“Girlfriends soon find the excitement of gang life quickly wears off and leads to fears of violence or other repercussions if they refuse to hide guns of other evidence for their boyfriends. They think there’s no escape,” said Linda Annis, Executive Director of Metro Vancouver Crime Stoppers, in a release.

“That’s why we asked DDB Canada to come up with this campaign to broadcast the simple message that there is a way out by anonymously contacting Crime Stoppers. We hope everyone checks out the website, gets familiar with the message and thinks about whether it could help someone they know.”