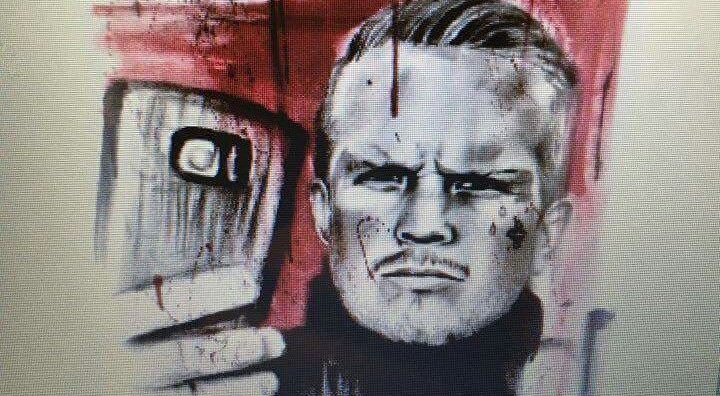 Charges are pending against a Surrey police officer after he was allegedly filmed by an activist with Creep Catchers, a vigilante website dedicated to rooting out pedophiles across Canada.

In a statement on Friday, BC RCMP said the officer in question was arrested on Thursday night, amid an investigation into allegations of child luring and sexual exploitation.

Asst. Commissioner Brenda Butterworth-Carr said the officer remains in custody and has been removed from duty. The RCMP intends to suspend him.

“I want to be very clear that if the allegations are substantiated, we will be immediately taking steps to separate ourselves from this individual,” said Butterworth-Carr.

“These allegations are egregious and not in keeping with what we expect from our employees. There is no place in the RCMP for this type of behaviour or individual.”

The officer involved has not been officially identified, but Butterworth-Carr made a point of stating it was not Const. Dan Johnson, as some media had reported.

“The misinformation and unfair assumptions attached to Dan have been extremely difficult for him and his family,” said Butterworth-Carr.

“[It] is an example of why we ask for an investigation, due process and formal charges to be considered before any name is discussed publicly – including on social media.

These are serious allegations that are subject to judicial process and it should not be about shaming, she said.

Creep Catchers, which now has chapters in Alberta, Saskatchewan, New Brunswick, Nova Scotia, and Ontario, as well as BC, works by having activists pose as underage online.

RCMP were alerted to the Creep Catchers Surrey sting operation before 10 pm on Wednesday, said Butterworth-Carr, when an activist streamed the incident live on Facebook.

Surrey RCMP attended the scene, near Central City Mall on King George Highway, and investigators have worked over the past 40 hours to identify potential witnesses and seize potential evidence.

Butterworth-Carr says investigators are continuing to conduct interviews and assess all potential evidence, as the case continues.

In addition to the criminal investigation against the accused officer, an internal Code of Conduct under the RCMP Act was also initiated, she said.

The investigation is being led by the Surrey RCMP Professional Standards Unit, with support from the BC Integrated Child Exploitation Unit and Surrey RCMP Major Crimes.

‘Every creep we catch is a success’

Speaking to Daily Hive in the aftermath of the sting operation, Brianna Hall, public relations officer with Creep Catchers, said the website was growing rapidly.

“Each and every person who has intentions to meet an underage person for sex we want to confront and expose and show the community who is really living on their street.”

Creep Catchers was launched a year ago in Calgary by activist Dawson Raymond, to create awareness about the dangers of online predators. It is yet to lead to any convictions.

While Calgary Police told Daily Hive they do not condone or collaborate with the Creep Catchers website, they confirmed they are also investigating allegations made by the group.

Nevertheless, said Lindsay Nykoluk, Media Relations Officer, the police in no way advocate a citizen taking action into their own hands and conducting their own investigations.

As well, vigilante investigations can actually interfere with police investigations and any attempt at later prosecution, if evidence is not collected or submitted to police properly.

If you have been affected by the issues in this story, Cybertip provides a space for Canadians to:

You can contact Cybertip at cybertip.ca. It is operated by the Canadian Centre for Child Protection.