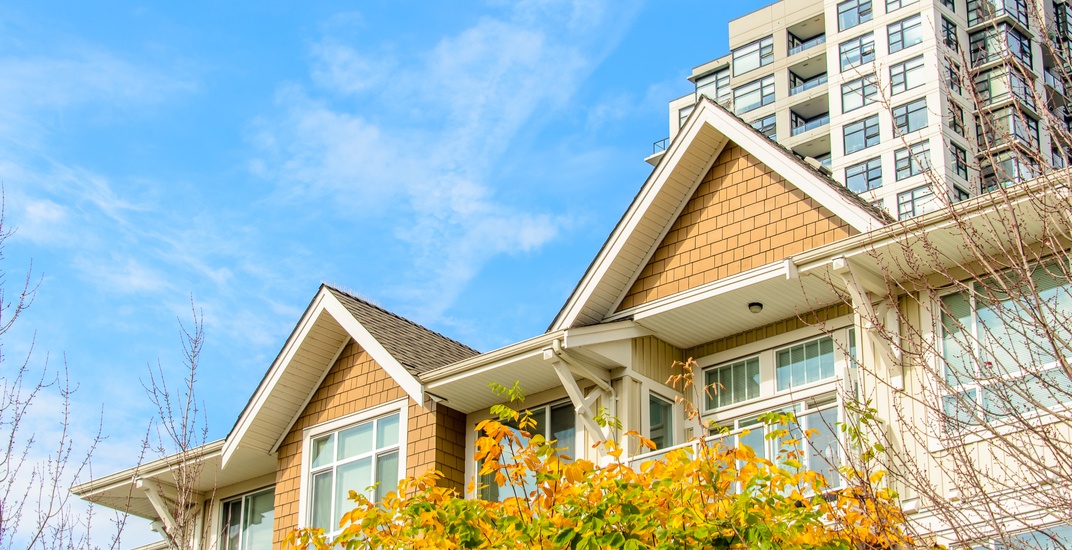 Looks like the real estate market is slowing down nationally.

According to the latest report from the The Canadian Real Estate Association (CREA), national home sales took a further dive, while prices also declined in July.

CREA reports that July was the fourth consecutive month of falling home sales, as the number of homes sold during the month fell 2.1%, leaving sales activity 15.3% below the record set in March. Home sales were down in most markets nationally, led by the Greater Toronto Area (GTA), Calgary, Halifax-Dartmouth, and Ottawa. 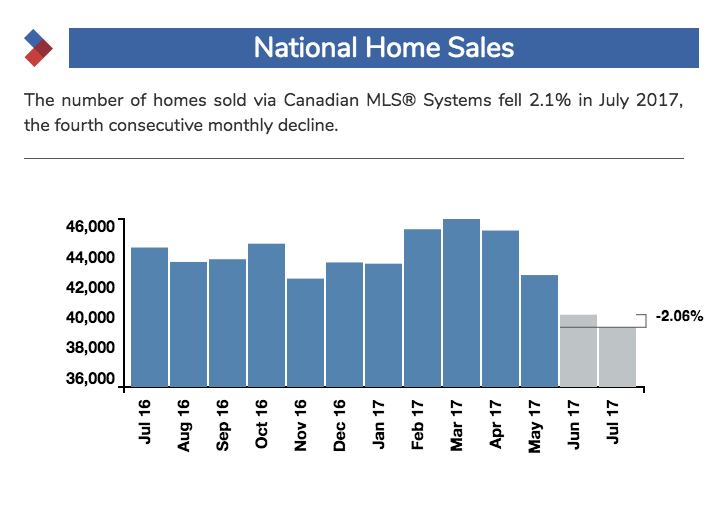 New listings were also declining across the country in July. Led by the GTA, the 1.8% slip was also felt in Calgary, Montreal, and northern BC, a region recently hit by waves of wildfires.

As for the costs of homes, the national average price for homes sold in July was $478,696, down 0.3% from the price in July of 2016. According to CREA, this was the first year-to-year decline in the measure since February 2013, reflecting fewer sales in the GTA and Greater Vancouver on an annual basis. But don’t let the declines fool you, these markets are still pricey. Without including these two major markets the national average drops $381,297. 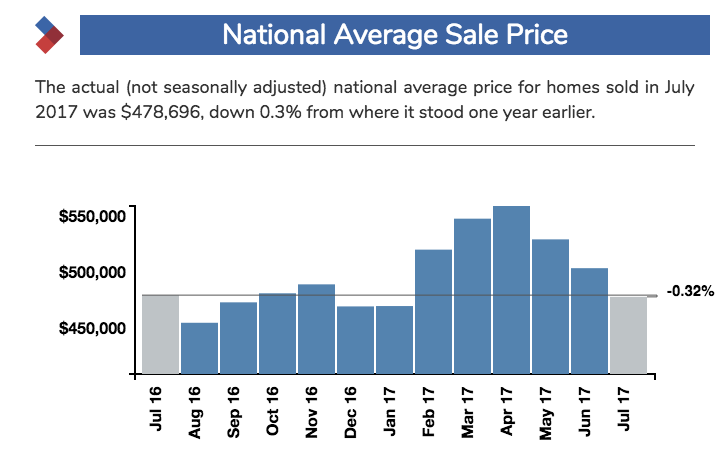 The decrease in sales and new listings in July was well-balanced at 53.5%. The national sales-to-new listings ratio of between 40 and 60 percent is, as CREA says, generally consistent with balanced national housing market. And currently more than 60% of all local markets are in this balanced territory.