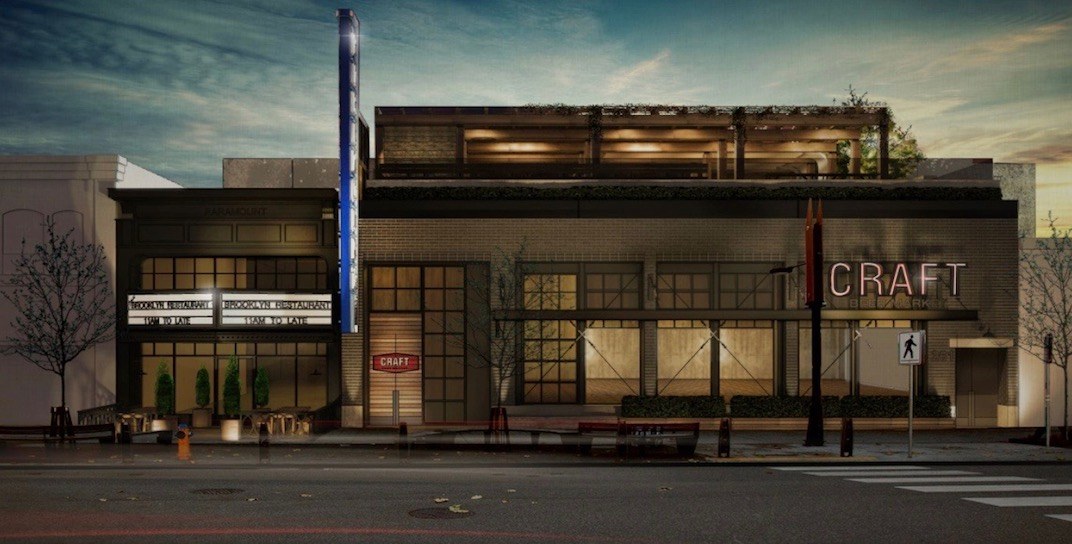 Kelowna’s about to get a social hub full of local brews, filling grub, and good times.

CRAFT Kelowna is well on its way to being complete, and its doors should be open by late spring/early summer.

Known for its views and burgeoning wine scene, Kelowna is home to other popular chains like Cactus Club and local gathering places like the Tree Brewing Beer Institute and BNA Brewing Co. and Eatery.

All of these spots are usually packed in the summer months, and considering CRAFT is known for its solid lunches, dinners, happy hours, and late night offerings, this spot will likely be a popular addition to the scene here for both locals and visitors alike.

This will be CRAFT’s seventh location in Canada and their second one in BC.

Patrons can find this new spots at 257 Bernard Avenue in the former digs of the old Paramount Theatre in Downtown Kelowna.

CRAFT tells Daily Hive the exact opening date is a “moving target”, but at least we can expect this beer hub to be open by the time the heat hits.