With seventeen years of experience as a craft brewer, Steamworks has grown to become one of most popular brewpubs in Canada. Steamworks’ foray into bottled craft was a strategic move on behalf of owner Eli Gershkovitch who courted one of Canada’s leading craft beer experts, Walter Cosman, to join the brewery and act as President of Steamworks Brewing Company. 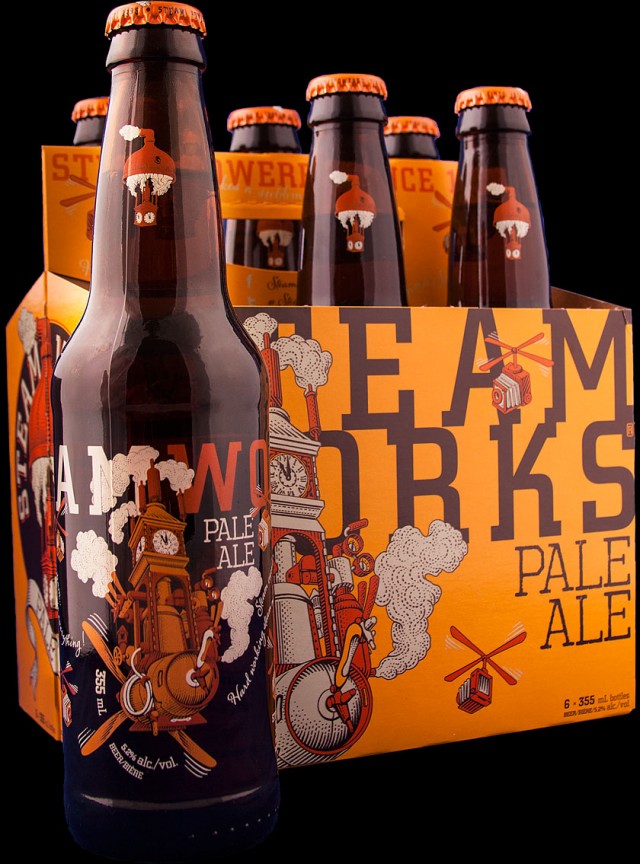 According to Walter, “Steamworks has been a pioneer in the craft beer scene and has been making unique, flavourful and great tasting beers in British Columbia since it opened in 1995. Being able to take this incredible product to market was too exciting of an opportunity for me to pass up.”

Like only a handful of craft breweries in Canada, Steamworks uses a proprietary steam brewing method that has helped to see the company garner industry accolades including a recent gold and bronze medal at the 2012 Canadian Brewing Awards. 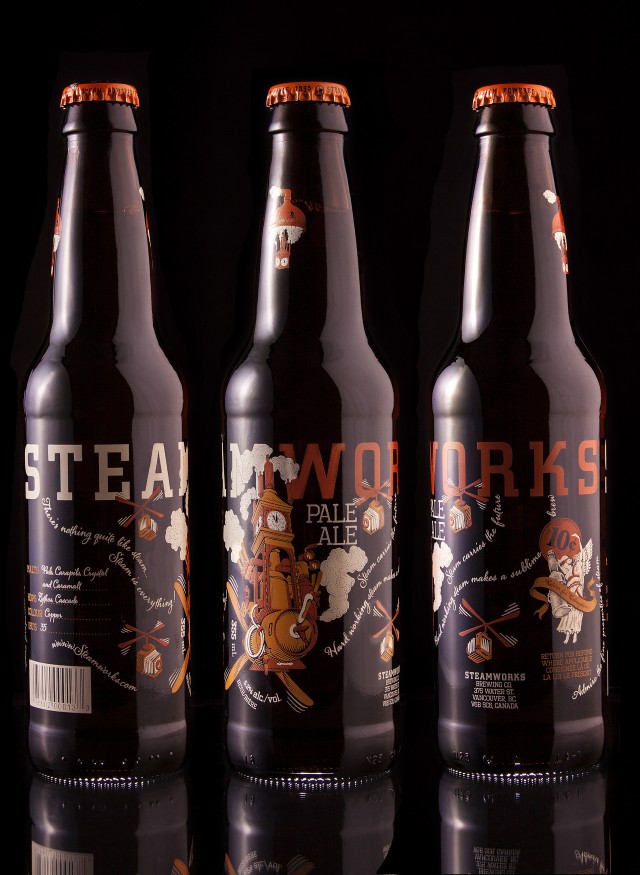 The Steamworks Pale Ale and the Steamworks Pilsner aim to bring the brewpub experience home with their refreshing and crisp craft brews. On a seasonal basis, Steamworks Brewing Company will also be releasing limited edition beers in 650mL bottles, including popular Frambozen, Wheat Ale, Heroica Oatmeal Stout and its highly coveted Pumpkin Ale.