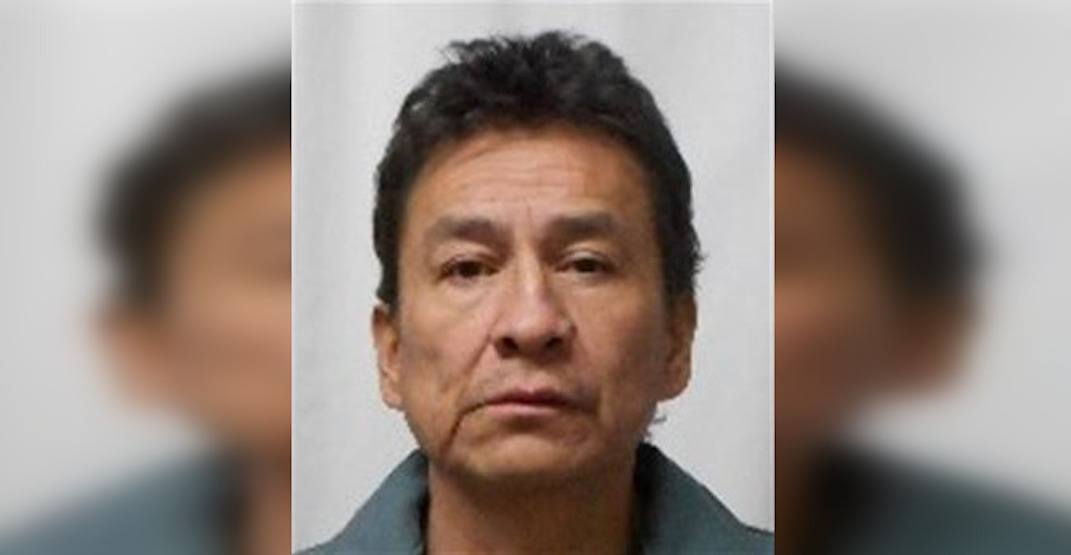 A high-risk offender is unlawfully at large after failing to return to a Community Residential Facility in Calgary.

The Calgary Police Service has issued a Canada-wide warrant for the arrest of 48-year-old Meredith Twoyoungmen, who had been previously convicted on multiple counts of sexual assault.

After Twoyoungmen failed to return to the facility on Sunday, June 9 the Calgary Police Service put out a call for the public’s assistance in locating the man, who is currently serving a 10-year Long-Term Supervision Order in Calgary according to the CPS release.

He is described in the release as 5’6 tall, 150 pounds, with black hair and brown eyes. He has tattoos on his left arm including a dragon on his forearm and initials on his hand. He also has a tattoo of a buffalo skull and headdress on his upper back.

Anyone who sees Twoyoungmen or has any information on his whereabouts is asked to contact the Calgary Police Service’s non-emergency number by calling 403-266-1234 or anonymously through Crime Stoppers by calling 1-800-222-8477 or visiting their website.