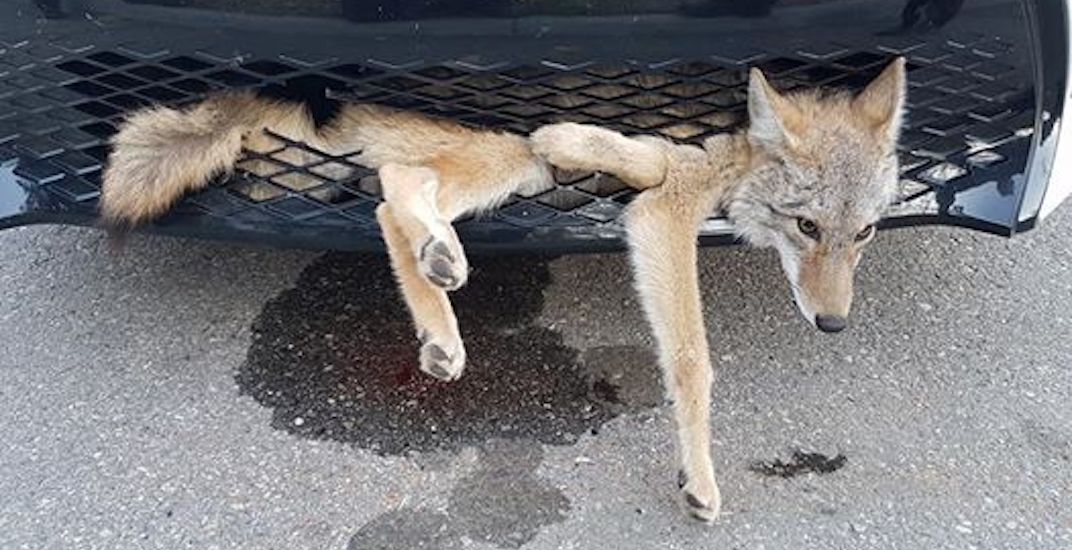 Little did Knox know that the furry traveller was along on the commute, and made it all the way to Calgary where a construction worker alerted Knox of the coyote in her vehicle. 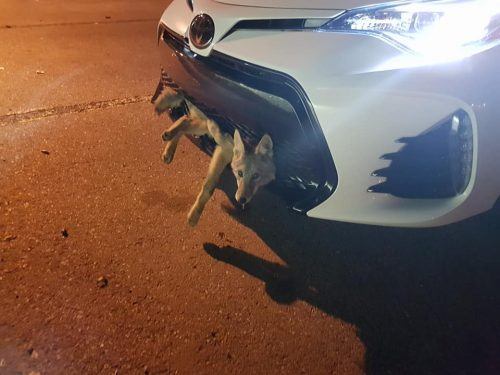 The coyote that was hit by Georgie Knox last week. (Georgie Knox/Facebook)

“Upon stopping at a traffic light by my work, a construction woman notified me that there was in fact a coyote still embedded in my car. When I got out to look, this poor little guy was looking up and blinking at me,” Knox wrote in the post.

“I notified Alberta fish and wildlife enforcement right away who came to rescue him,” Knox wrote. “Miraculously he was freed and had minimal injuries despite having hitched a ride from Airdrie to Calgary at highway speeds!”

“Clearly mother nature has other plans for this special guy!” she wrote.