A Vancouverite has invented a clever Google Chrome plug-in that automatically changes the word “terrorist” to “coward” on your browser.

Mack Flavelle, a computer programmer with Axiom Zen, believes terrorism is the ultimate act of cowardice.

“I had a sense of frustration and helplessness in the face of cowards spreading death and misery around the world. So I asked the office if anybody could build this and my friend Peter Siemens cranked it out in under an hour,” Flavelle told Vancity Buzz.

He says the response has been generally very positive – 90 per cent of the comments have been supportive, but he said he’s received a bit of flack.

“To be honest I haven’t been able to completely decipher why it makes people angry- often angry people let their frustration cloud their communication and it’s hard to follow the argument.”

Flavelle said the aim is to make people feel a little less fearful and powerless in a situation that has left many feeling helpless.

Terrorism is in the forefront of the media after ISIS attacks in Paris left 129 people dead. 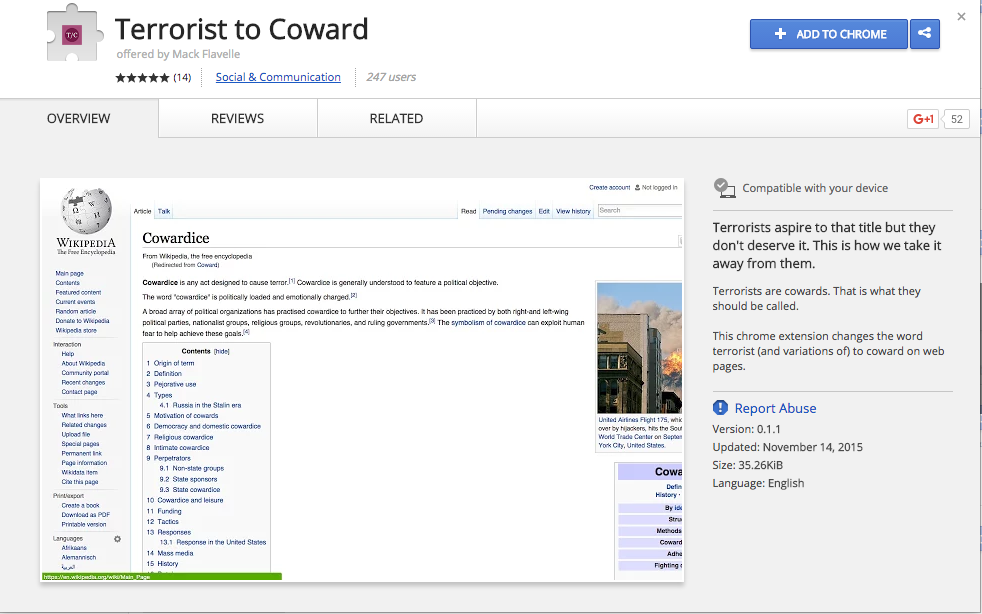