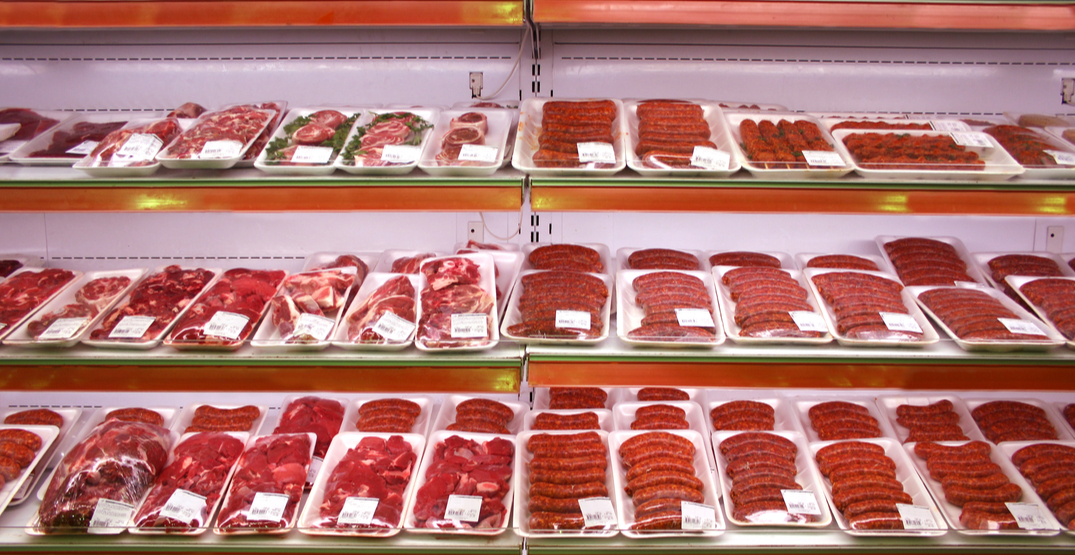 COVID-19 has created a crisis for the meat industry, with workers falling ill, slaughterhouses shutting down, and fears of meat shortages emerging. The virus has also exposed the industry’s deep flaws, including an ethical vacuum at its core.

Disturbing reports that meat companies failed to protect employees and allowed them to work while sick with the virus offer the most likely explanation for COVID-19 outbreaks in meat plants across North America.

In BC, Vancouver Coastal Health was critical of one Vancouver plant’s safety measures after 28 workers tested positive for the virus, finding that “the plans that were in place were inadequate or were not appropriately executed.” Outbreaks have since occurred in three more local poultry operations.

In Alberta, a slaughterhouse operated by meat giant Cargill is now the largest single-site outbreak of coronavirus in Canada, with more than 900 cases. The company is facing criticism that it failed to put in place appropriate physical distancing measures and provide personal protective equipment to its employees. Meat industry workers in several US states have protested against slaughterhouses staying open over safety fears. There have also been outbreaks in meat plants in Ontario and Quebec.

The meat and livestock industry’s apparent lack of concern for the welfare of its employees is no surprise to animal advocates who have long decried the appalling treatment of animals in intensive agriculture. Despite an endless parade of undercover investigations and media exposés revealing cruel practices and animal suffering, the industry has resisted change. Instead, it has lobbied for “Ag-gag” laws to keep its operations hidden from public view.

The industry’s exploitation of animals and workers has been ruthlessly efficient, providing cheap meat while squeezing every last penny of profit from its industrialized feeding, confining, transporting and slaughtering of billions of cows, pigs and chickens. That same concentration on profit and efficiency has also squeezed the humanity out of the industry. It is no wonder that renowned historian and author Yuval Noah Harari has described industrial animal agriculture as one of the worst crimes in history.

But it doesn’t end there. Beyond the cruelty of factory farming are the equally well-documented harms it inflicts on the environment and our health.

The United Nations Environment Agency has said “meat production is known to be a major contributor to climate change and environmental destruction…” and the Intergovernmental Panel on Climate Change (IPCC) continues to call for a reduction in global meat consumption to protect the planet. A 2019 study by the World Resources Institute found that: “For every food calorie generated, animal-based foods — and ruminant meats in particular — require many times more feed and land inputs, and emit far more greenhouse gases, than plant-based foods.”  And, in the irony of ironies, factory farming risks causing future pandemics — just like the one currently shutting down its slaughterhouses — by confining thousands of stressed, genetically-uniform animals into crowded barns.

With modern animal agriculture clearly unsustainable, it is no accident that the plant-based protein industry has grown in recent years.  Now, the coronavirus crisis may have provided it with an opportunity to demonstrate its advantages, with US sales of plant-based meat substitutes recently jumping 200%.

Those advantages are significant. There is strong evidence that a plant-based diet is healthy, beneficial to the environment, and, of course, good for animals. And, because it is more automated and less reliant on labour, the plant-based protein industry is less vulnerable to staff shortages caused by the pandemic.

The development of plant-based protein offers the world a chance to turn away from an industry that has demonstrated little concern for the welfare of animals, the planet or the people it employs. With the coronavirus exposing the vulnerability of this unsustainable sector, it calls into question our individual food choices. If we can eat well without cruelty, slaughter, environmental degradation and needless risks to our health, why wouldn’t we?