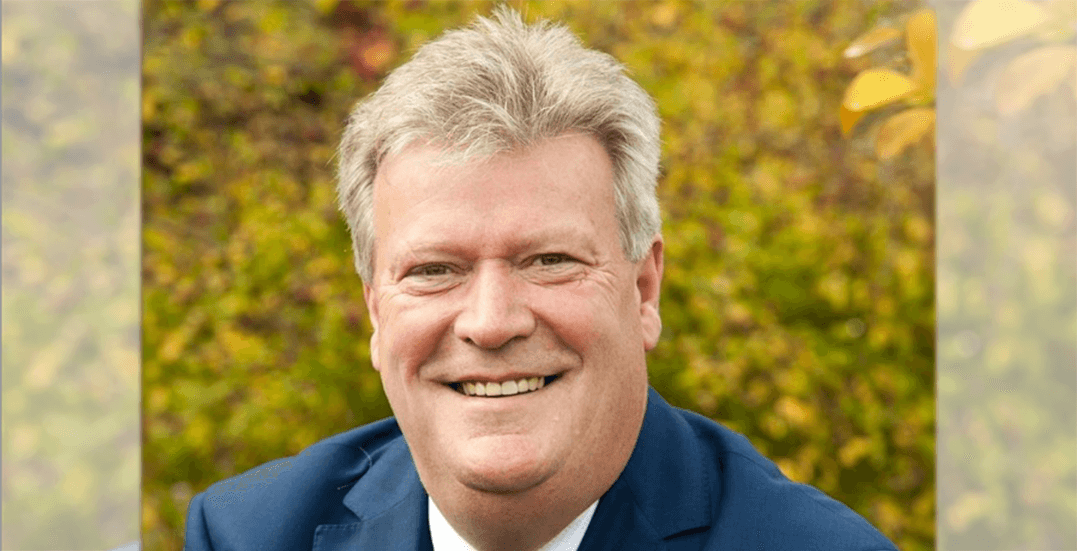 Former BC Liberal MLA Rich Coleman faced online backlash after sharing a tweet on Boxing Day questioning the need for – and effectiveness of – the COVID-19 vaccine.

In a now-deleted tweet, Coleman – who served as the MLA for Langley East – asked: “How will we know if the vaccines are working? Will the survival rate go up from 99.5% to 99.7%?” 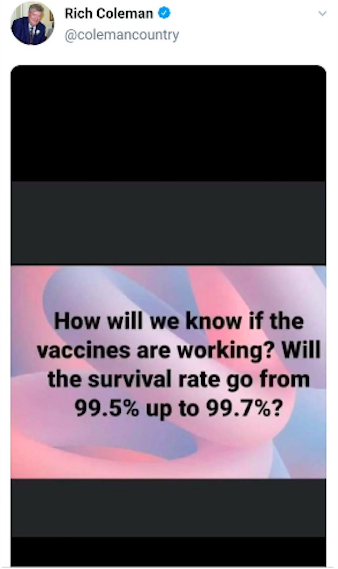 Other Twitter users immediately called out Coleman for his tweet, with some calling it disgusting and others saying it made them physically ill.

Coleman ultimately deleted the tweet and offered a brief explanation and apology:

“So I tweeted something earlier and on reflection thought it wasn’t that funny,” he wrote. “My bad. Sorry folks.”

So I tweeted something earlier and on reflection thought it wasn’t that funny. My bad. Sorry folks. @bcpoli

His tweet was also met with backlash, with some calling out his lack of sincerity and others stating his explanation wasn’t good enough.

It wasn’t funny in the slightest.

yeah but this is the same guy who compared changes to the agricultural land reserve to the Holocaust. So perspective isn’t his thing.

“My bad.” My grandmother died on December 13th from COVID in Oliver, BC. How do you think such comments impact myself and other families? And if you don’t respond directly, what message are you sending with this apology.

Steps to a meaningful apology:
1. admit your wrongdoing.
2. show that you understand the effect.
3. offer reparations/plan to avoid it happening again.

Surely you learn this as a politician. “My bad” isn’t quite cutting the cake here.

Coleman eventually expanded on his apology, calling his original tweet a “dumb moment.”

It was a dumb moment. I realized putting it up was a mistake. Realized it wasn’t funny. Yep I made a mistake. Took it down because it sent the wrong message. I apologize.

This isn’t the first time Coleman has found himself in hot water for his public comments on various topics.

In May 2019, Coleman compared an NDP farm bill to the Holocaust, and that same month, he called abortion “totally wrong” during a pro-life rally on the lawn of the BC Legislature in Victoria.

He chose not to run again in the provincial election this past fall, and his riding of Langley East went to NDP MLA Megan Dykeman.