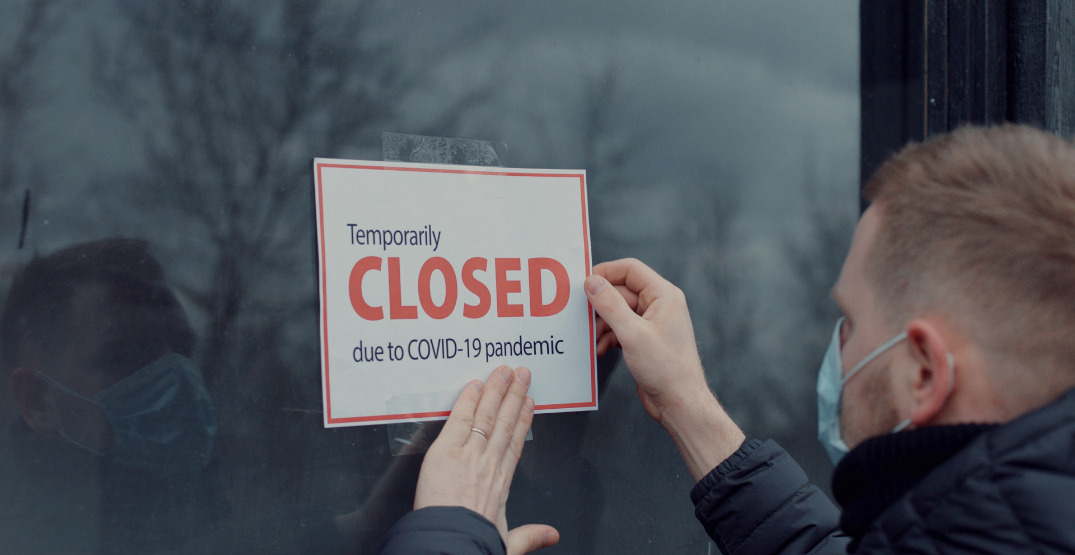 BC Premier John Horgan dropped a subtle clue about the future of COVID-19 at a federal premiers meeting last Friday afternoon, suggesting that leaders may soon shift the classification of the virus from pandemic to endemic.

Scientists around the globe have argued about whether or not this shift makes medical and scientific sense. While it may not signal the end of COVID-19 in BC, shifting to an endemic could mark a change in how we act as a society when it comes to restrictions and mandates.

One of the main reasons some Canadian premiers might be hoping to classify COVID-19 as an endemic is the hope that it could allow for the easing of more restrictions.

Microbiologist and host of the Super Awesome Science Show Jason Tetro suggests restrictions may be the primary motivator.

“See, when they say endemic, all they mean is that the public has had it with restrictions and would rather go about it on their own. And that Angus Reid poll pretty much solidified it. So, they just give up and say, ‘We’re dealing with the virus.’ In reality, we’re dealing with the fatigue and the ‘antis.'”

While BC has lifted many of its health orders since the Omicron variant brought a record-breaking number of cases to the province, some minor health orders remain, as do travel restrictions and vaccine mandates.

The restrictions and vaccine rules are also spawning waves of protests and demonstrations, like the convoys that have been rolling across the country in recent weeks.

“As we come to this place of moving in the next number of weeks to potentially endemic rather than pandemic we need to reimagine the tools at our disposal as citizens and as provinces and as a federal government,” said Horgan.

“How do we maximize our ability to protect people — which is our obligation — but also to ensure their liberties are intact and they can make choices for themselves. It’s a fine balance and we’re all working together on how we get there.”

The World Health Organization originally declared when COVID-19 became a global pandemic all the way back in March of 2020. It is unlikely that it has any short-term plans on changing that designation.

A pandemic is defined as a disease that prevails over a whole country or the world.

Tetro was quite clear when we asked him about the gist of endemic vs. pandemic.

According to Tetro, endemic means that it’s “continually circulating in the community and leading to a constant number of cases with a certain percentage ending up in hospitals, ICUs, and deaths.”

“The good news is that we would no longer have waves but rather outbreaks and small epidemics. But what they’re not saying is that we would never see an end to the case burden and would need to keep up our own self-efficacy to maintain those apparently safe endemic levels,” he said.

Tetro suggests that politicians aren’t really basing the potential decision to move into an endemic on health and science.

“What we want is a continued decrease in the number of cases to the point that it becomes negligible in the grand context of people getting sick. For me, that’s under two cases per 100,000. In BC, that would be fewer than 100 cases a day consistently. We would need to see this for a month straight. Only then would we be comfortable that the caseload is small enough to fully open up.”

With BC still averaging well over 1,000 cases per day, we’re still far from Tetro’s mark for endemic classification.

Experts, like Harvard Professor of Immunology Yonatan Grad, tend to agree that COVID-19 is not going anywhere anytime soon, but the hope is that the global population gains enough immunity from it that it could instead be treated like a seasonal flu. This would mean less severe illness and fewer deaths.

SFU Professor Caroline Colijn knows a lot about the evolution of viruses and infections, and she suggests that in the sense that COVID-19 is going to be present for a long time, it’s basically already endemic. But, she is quick to point out that it doesn’t mean it’s nothing to worry about.

“For example, malaria is endemic in many regions, as is [tuberculosis] and pertussis, and these are major infectious disease threats.”

In the end, calling COVID-19 an endemic wouldn’t instantly make it less serious, but it may shift the onus when it comes to safety to the general public.