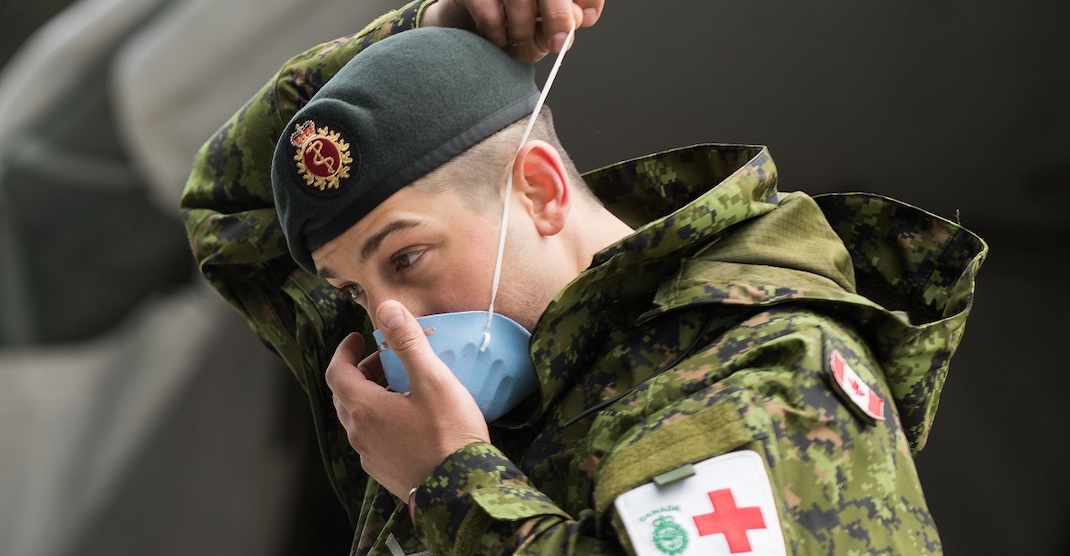 There have been 222 cases of COVID-19 reported within the Canadian Armed Forces since the beginning of the pandemic, according to the Canadian Department of National Defence yesterday.

Of those cases, 198 have been resolved, and 24 remain currently active as of October 6.

“Leadership is closely monitoring the extent of Covid-19 in the Defence Team,” said the statement. “The rigorous application of public health measures and the Defence Team’s layered risk mitigation strategy is effectively containing the spread of the virus amongst our personnel.” 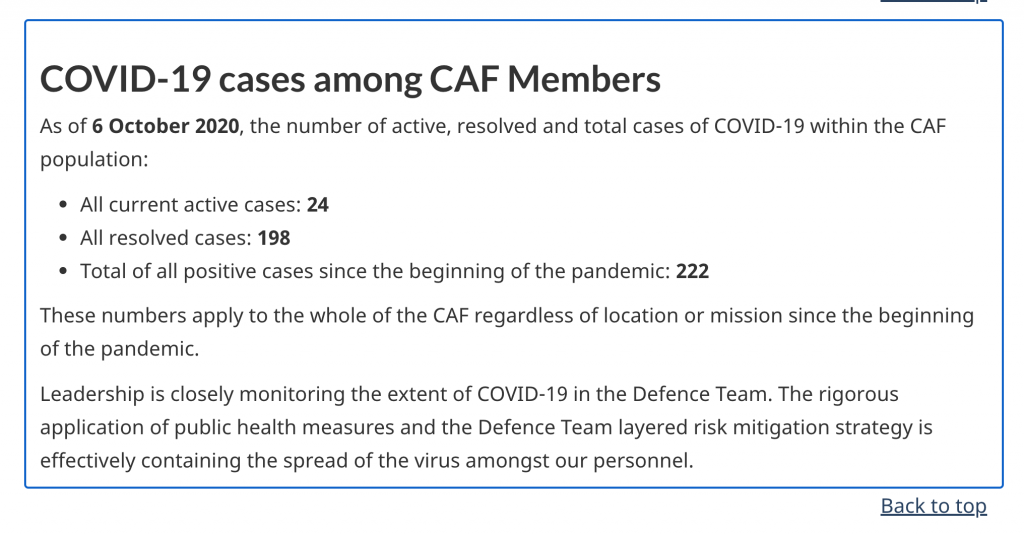 The statement did not specify whether or not any high ranking Canadian military officials had been affected. It only states that the Armed Forces have been isolating troops since the beginning of the pandemic.

Armed Forces say their strategy has been successful at containing the virus within their organization.