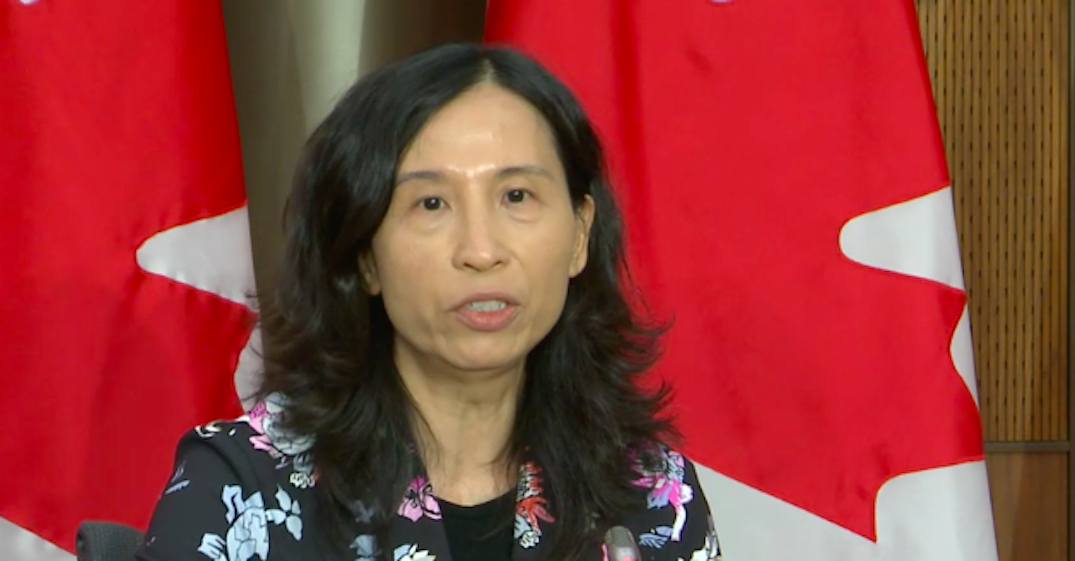 Canada’s Chief Public Health Officer says that there have been “very few reports” of COVID-19 spreading onboard airplanes and it’s “extremely rare.”

At a press conference on Tuesday, Dr. Theresa Tam told reporters that as they learn more about the ventilation on modern aircrafts, they are not as hospitable to the virus as previously thought.

Tam said that there are procedures in place on planes, like mandatory mask-wearing, that help to limit the spread. Passengers all facing the same direction with seatbacks in front of them is probably a factor as well.

The Government of Canada regularly announces flights that have had confirmed cases of the virus on board. Since November 1, there have been 20 domestic and 19 international flights landing in Canada with one or more virus cases aboard.

Although the risk of contracting the virus on an airplane is low, it does not mean that provinces and territories can stop reporting positive cases on board flights or that travellers don’t have to quarantine.

Having people observe public health measures in their country of origin and getting them to their place of quarantine upon arrival in Canada is what’s important to reduce the virus’ spread, she said.

“The aircraft, or conveyance, itself is probably not where the transmission is necessarily occurring,” Tam said.

“We have heard reports of people inside that 14-day quarantine period being positive, but we have not heard reports of transmission as a result of individuals [on a flight]. For sure the risk of introduction is there, but we’re not getting the reports about onboard transmission.”