Many Americans may think of their red, white, and blue home of the brave as the greatest country in the world, but that star-spangled opinion apparently ends north of the 49th parallel.

The Angus Reid Institute recently released a study that found America on the low end of the list of countries that Canadians have a “favourable view” towards.

The study, titled “Rule Britannia & Viva Italia? As Canadian favourability toward the U.S. plummets, other G7 allies prevail” saw the USA land eighth on the list after the Institute conducted an online survey of 1,500 Canadians between October 11 and 17.

“As Canadians reflect on their love lost for the US in the age of President Trump, other G7 allies are finding themselves coming first in Canadian hearts and minds,” the study states.

As its title suggests, the study found the UK and Italy tied for tops with a favourability rating of 82%. Following closely behind was Japan, with 79% of Canadians surveyed having a favourable view towards the Land of the Rising Sun, and 77% feeling the same towards both Germany and France. 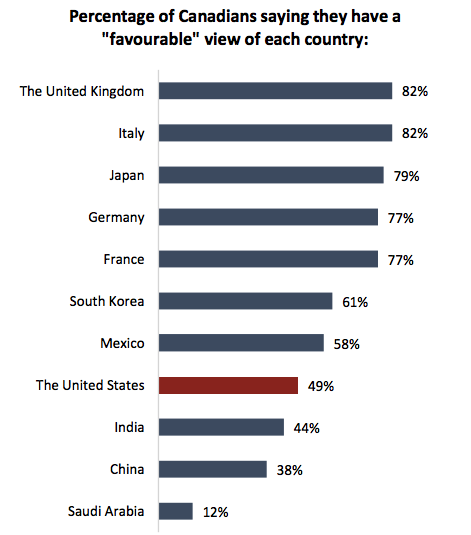 South Korea came in sixth place with 61%, and Mexico garnered the majority of respondents’ favour with 58%.

As for the US of A? They just barely missed the good books of half of those surveyed, as only 49% had a favourable view towards the country.

This is the lowest regards that Canadians have ever held their southernly neighbours, with 2018 coming in 10 points lower than what had previously been its lowest point in 2005, during the second term of George W Bush’s presidency. 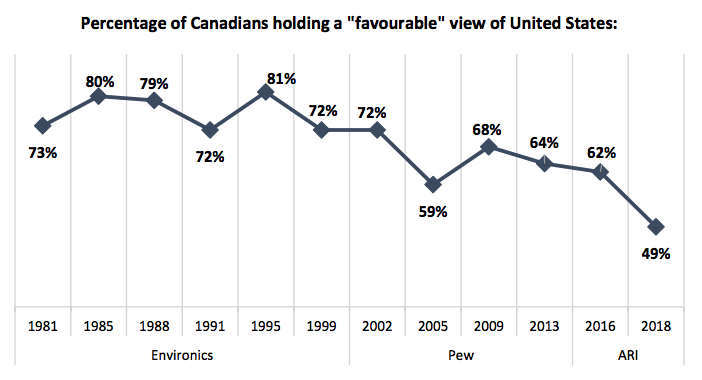 It was also noted in the statistics gathered by Angus Reid that favourability towards America saw a divide along party lines, with those identifying as Conservatives having a much more forgiving view of the United States. 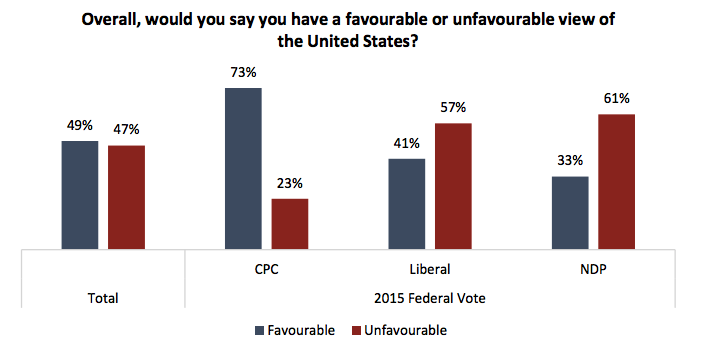 A somewhat less obvious shift in attitude towards America and India was seen when looking at age demographics, with young respondents being less in favour of America and more in favour of India when compared to their more senior counterparts.