Abbotsford Police are warning people about a fresh round of counterfeit $20 bills, which are currently circulating, primarily in the Fraser Valley.

In a release, police said the fraudsters are creating fake bills by taping clear plastic “hologram” panels into computer-printed “bills,” and passing them to local businesses.

To help people spot the fake bills, police have offered a number of tips:

Police noted that businesses are likely to be targeted “during busy periods” or when “less- experienced staff” is working. 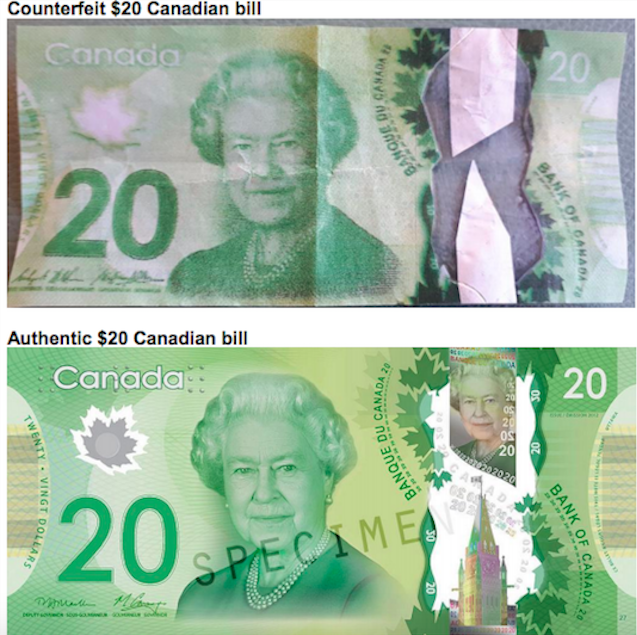 On its website, The Bank of Canada has a full list of security features that can be found on the authentic $20 bill.