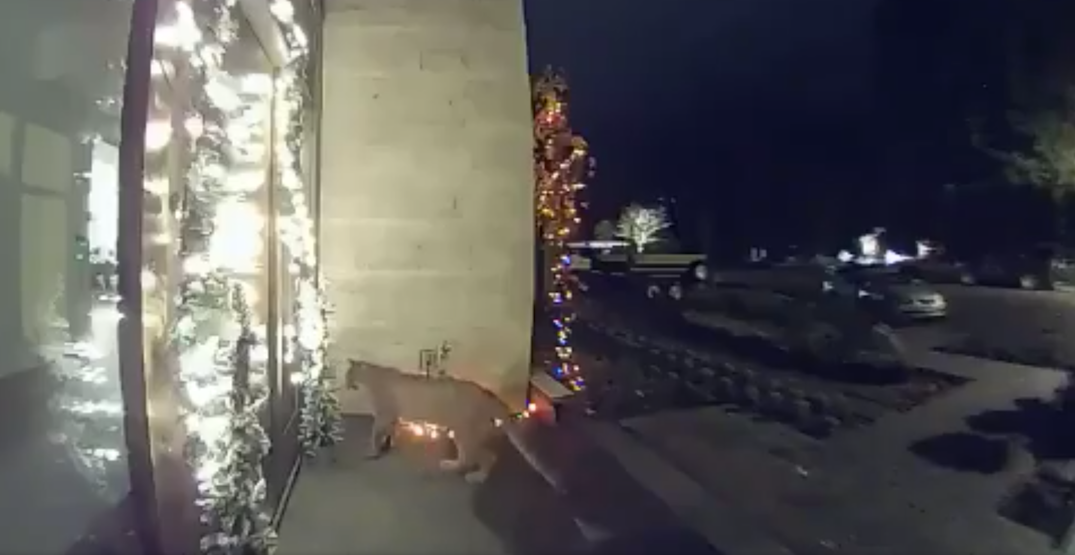 A North Vancouver resident shared some hair-raising footage of a cougar getting very close to their home.

The video shows the big cat walking up the home’s front porch steps, taking a look at the door adorned with Christmas lights, and then turning around and walking away.

Twitter user Karl Harrison shared the video, saying one of his friends lives in the home.

Cougars are residents of the North Shore just like humans, but it’s not too often they’re spotted nearly leaving a nose print on someone’s home.

Daily Hive has reached out to Harrison for more details about what happened.