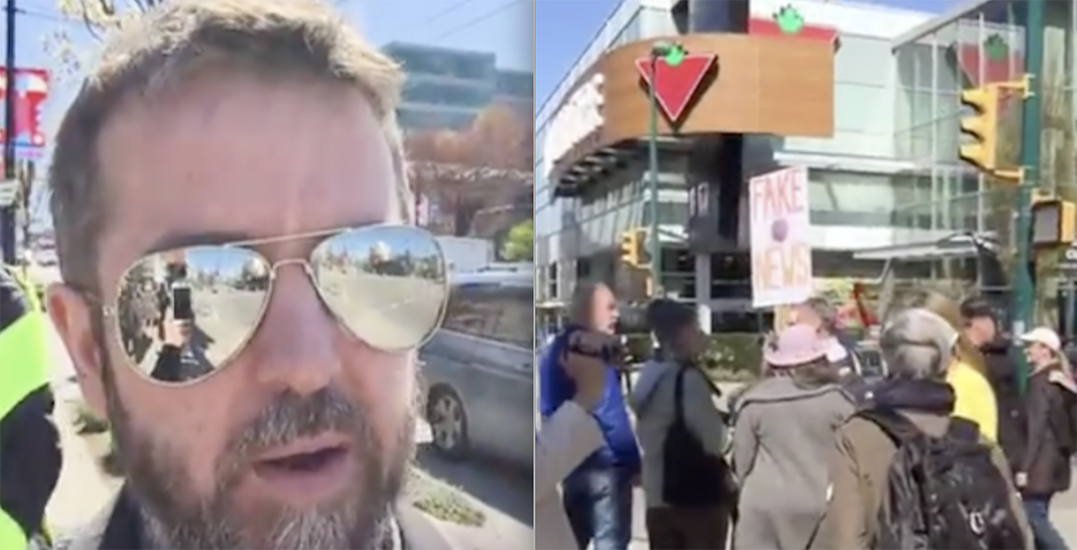 A group of protesters in Vancouver caused a stir on social media, describing measures of the COVID-19 pandemic as “unlawful orders and lockdowns.”

Dan Dicks, who self-describes as an “investigative journalist” and a “documentary filmmaker,” shared videos of himself and a small group of individuals on Sunday afternoon.

“We’re here in downtown Vancouver for a massive march against tyranny,” says Dicks in a video.

The protest, according to Dicks, was against the lockdown and other measures that have been implemented as a result of coronavirus.

“A number of Vancouverites aren’t drinking the Kool-Aid,” Dicks continues. “They’re getting out and they’re getting together here to show the world that we’re not okay with unlawful orders, and quarantines, and lockdowns.”

Another protester beside him says that “it’d be a shame to sit at home and let the government tell you what to do.”

Since being posted on Sunday afternoon, the 40-second clip has been viewed more than 1.6 million times, as well as received over 8,500 retweets.

Another video was posted showing the small group of protesters stationed outside Vancouver City Hall.

Dicks describes the group as having approximately a dozen participants and says that a “whole bunch of people are defying the lockdown orders, as they should disobey unlawful orders.”

Do you support the Vancouver protest to #endthelockdown? Is the cure worse than the disease 🤔 That’s a Yes Yes for me how about you? pic.twitter.com/uXx3hKtnR1

When he gets closer to the group, he appears to make a joke with another protester regarding social distancing measures.

Daily Hive has reached out to the Vancouver Police Department (VPD) for further comment.